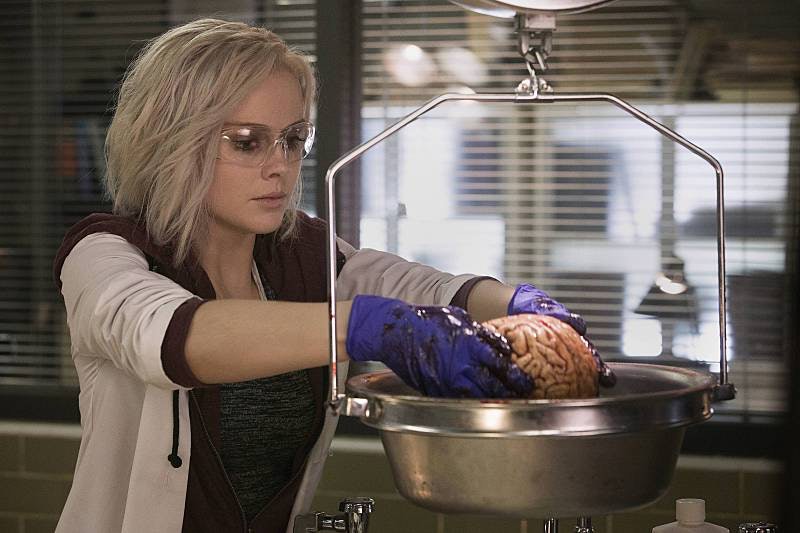 As much as I love summer, it's downright excruciating to go without my favorite shows for roughly a four-month time period. I mean, don't get me wrong, things could definitely be worse. (Sherlock fans know this kind of pain ten-fold.) But that still doesn't make my own withdrawal any less difficult to bear, especially for shows I'm only just becoming properly acquainted with, like The CW's freshman series iZombie . It may just have one season under its undead belt, but it's left me addicted and starving for more. (I'm talking full-on zombie type hunger here, folks.) So when exactly will iZombie return for Season 2? The hard truth of the matter is, not for a very, very long time.

OK, so it's not quite as dramatic as all that, however, the second season won't premiere until Tuesday, October 6 of this year immediately following The Flash. That means that we still have a full three months of waiting ahead of us. (If that's not enough to trigger someone's inner zombie rage, then I don't know what is.) Luckily, though, there are a few ways one can go about counteracting this torturous waiting struggle. So if you find yourself occasionally suffering from iZombie-less blues (it's a real condition, look it up!), here's how you can go about keeping the undead series alive all summer long.

Whether you have access to Hulu or just visit the iZombie CW page, fans can go back and relive some of their favorite episodes from Season 1 and remember what it was that made them fall in love with the show to begin with.

I've never been a big zombie fan, but given how much I ended up enjoying iZombie, I'm willing to potentially give this series another try. (Though I doubt any of those undead dudes possess Liv's friendly personality.)

Put Hot Sauce On Everything

It's what Liv would want us to do.

Get Lost Down A Zombie Food Pinterest Rabbit Hole

There are a ton of amazing looking zombie-themed recipes out there to try out. I doubt you'd be able to get through all of them by the end of the summer, but it'll certainly help keep you occupied in the meantime. Not to mention extremely full.

You love this show for a reason and that's partially due to the incredible cast of characters this series has assembled. So why not channel your obsession onto their various summer activities? That's what Twitter and Instagram were invented for, right?

I could literally do this all summer. #sorrynotsorry