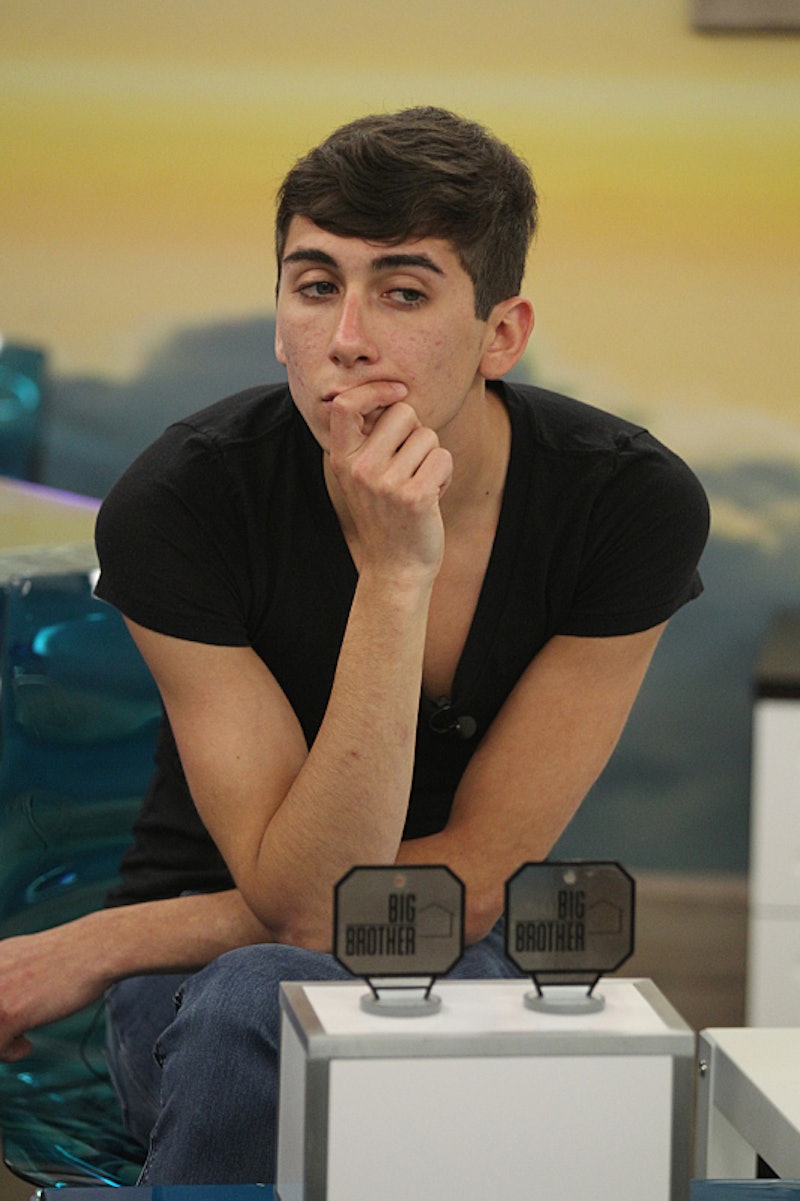 Well, my voyeuristic friends, we’re officially three episodes into Season 17 of Big Brother (and two days away from the first eviction), which means it is time for the house guests to start clinging to each other for dear life. And that only means one thing: it’s time for the alliances to start forming LIKE CRAZY. I always love these first few episodes of Big Brother. I like to see everyone scramble for a place in the house, and think about how much it reminds me of freshman year of college. Remember how everyone was clinging to anyone who had Sex and the City posters on their walls and Dave Matthews Band playing on their computers? Because it was scary, man! Being on your own for the first time and not knowing where you belonged, and who you would like, and what you could trust. I think back on those first few weeks and who I was friends with and how it changed SO MUCH by the end of the year. Because, I hate to break it you, but it’s like that with Big Brother, too: the alliances forming now will be distant memories in a few weeks, allegiances not even worth bringing up at the final vote.

So, before you get too attached to one group over the other, let’s just agree that pretty much all of them are doomed from the start. Especially these seven that have formed long before the house guests really know each other.

Even if how they got the name was kind of adorable (what, am I the only one who is a total sucker for inside jokes and word play?), Austin is already using Jace as body armor, knowing that Jace will get voted off first because of his loud personality and even louder mouth. That’s not the sort of start strong alliances are built on, bros.

As much as I love an all-ladies alliance, this one formed before all of the contestants were even in the house. Too soon, ladies. And, with Shelli already macking on Clay, and Da’Vonne already not giving the girls immunity, that trust is going to crumble in a heartbeat.

Jason, James, Audrey, and Da’Vonne may have discussed one of the most diverse alliances in Big Brother history, but Audrey has already spoiled her chances of teaming up with these tough players. By Day 10 of the live feeds, the rest of the house members were already starting to get fed up with her game play. Drawing attention to yourself is never a good way to go when it comes to Big Brother.

“Is there anything I can do for you?” Steve asked Da’Vonne when she held the power of immunity in her hands. It was so painfully awkward and adorable, but you know a game player like her isn’t going to align herself with someone who everyone already sees as a threat.

Never mix business with pleasure, folks. Especially not in the Big Brother house.

They may be the first two players who won Head of Household, but these two house guests are way too into playing the game to tie themselves to people straight out of the gate.

This one might make it, if it weren’t for everyone else. I predict the house members will break the two of them apart as soon as they can, making their previous connection a no-go in the house.

So, I’m sorry to burst your alliance-loving bubbles, but I’m waiting until at least two evictions in before I start to count on any of the allegiances in this house, because Big Brother alliances are as easy to break as a $5 bill.

Want more Big Brother? Bustle's App has you covered. It's THE go-to place for any BB fan looking for round-the-clock Season 17 updates. BUT FIRST, you need to download the app from iTunes.