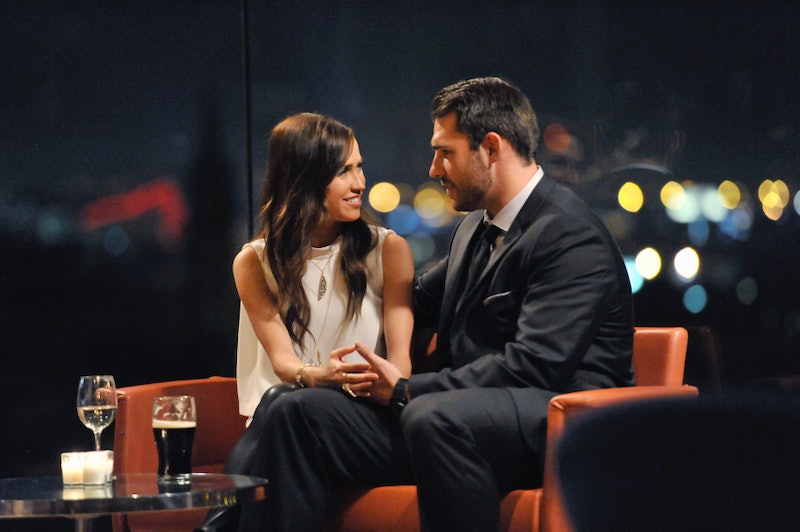 Maybe this is just me, but I think JJ was the only one that was surprised that he was "blindsided" on Monday's episode of The Bachelorette. Unlike JJ — who I think was on his way out the door ever since him and Clint became friends — I was actually shocked (dare I say blindsided) by Kaitlyn sending Ben Z. home on The Bachelorette . I am Team Bens on The Bachelorette, I wanted them both to go far on this journey of love. Now, it's all relying on Ben H., which I feel confident with. But Ben Z. is not a forgotten thought in my mind. If you're wondering what Ben Z. has been up to — read: is he seeing anyone? — then you are not alone. Let's investigate.

Ben Z., lest we forget, is an entrepreneur, certified personal trainer, and an all-around good guy as seen on the show. He was an early standout and fan-favorite, and he definitely — maybe? — has a chance at holding the title for the next Bachelor. But before we can get too excited about that possibility, we need to figure out if Ben Z. is even eligible to date someone on national TV. Is he dating anyone? What has he been up to post-Bachelorette life?

He's Been Hanging With Friends

What better way to get over heartbreak than to get some guy time in?

He's Been Inspiring His Fans

Was this a foreshadow of his elimination? Either way, if Ben Z. seems to have the right head on his shoulders coming off of a public "break-up," proving he'll be just fine without Kaitlyn.

He's Been — Ahem — Working Out

But Is He Dating Anyone?

Paige Hathaway is one of the top women in fitness right now, but do Bachelorette fans — and future-season Bachelor fans — have to worry that maybe he won't be eligible to be the next Bachelor. No worries, there's no evidence that these two know each other beyond this meeting.

So ABC, consider this a casual suggestion: PLEASE MAKE BEN Z. THE NEXT BACHELOR.