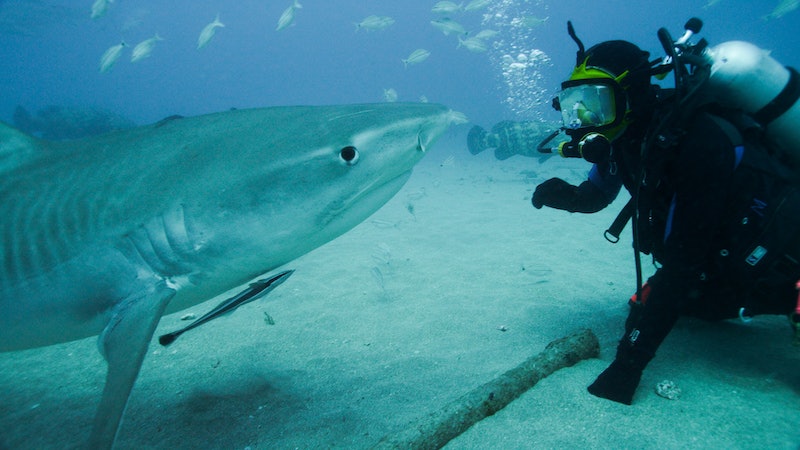 It's that time of year again — Shark Week premieres this Sunday! That time when all of us, no matter what our current profession or interests may be, become elementary school science nerds and get excited about nature programming. Can you stream Shark Week on Discovery? The event programming tends to draw a pretty large crowd that maybe doesn't watch traditional programming anymore. Plus, with the popularity the Sharknado movies (which are unaffiliated with Shark Week) I have a feeling that the hype will be extra high this year amongst shark fanatics and shark hipsters alike.

First of all, I make it my mission to remind folks that several cable companies have apps and websites where you can live stream all content made available by your plan and basically turn your laptop or tablet into a television. You can do that with Time Warner Cable, RCN, and Comcast at least. Television is more than just a box these days, am I right?

As for Shark Week, you can actually watch several live streams on Discovery's shark cam site right now. They include a reef cam, which can turn your laptop into an epic fish tank. You can also follow alongside sharks and seals in the open ocean, as well as humans interacting with a shark cage. One of the cams is Shark Week After Dark Live — through currently that cam is streaming last year's After Dark programming. There are also several full episodes of Shark Week programming available to watch right now if you navigate to the "full episodes" section of Discovery's web site.

There is one episode from this year, titled Ninja Sharks, that is available to download for free on Amazon Prime. More programming will be made accessible on Amazon as the week progresses. Shark Week 2015 programming will also be available to purchase on iTunes starting July 6, so there will be a one day delay. Those are two ways to own Shark Week 2015. You can also stream it on Hulu Plus with a subscription — right now you can catch up on or revisit the Shark Weeks from 2011 to 2013.

That said, there are not any easy or legal ways to stream all of this year's Shark Week in real time if you don't have cable. However, at least there are plenty of options if you want to watch old episodes or shell (get it) out the cash for current Shark Week madness. Happy sharking!