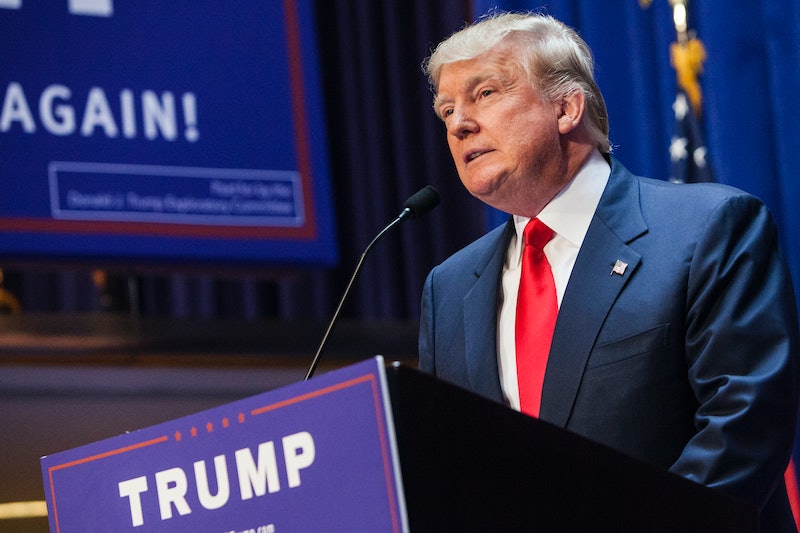 It's not a great week to be Donald Trump. Hot on the heels of NBC dropping their relationship with the real estate mogul and Miss Universe/Miss USA pageant owner after he made comments about Mexican immigrants, Miss USA co-hosts Cheryl Burke and Thomas Roberts have also ended their affiliation with Trump, and the Miss USA pageant itself.

Dancing With The Stars' Cheryl Burke posted a statement on her personal Facebook page stating why she no longer wanted to be associated with Trump's Miss USA pageant:

In light of the recent statements made by Donald Trump and the subsequent decision by NBC to cut ties with Mr. Trump, I cannot in good conscience move forward with participating in this year's Miss USA Pageant as its co-host. Effective today I have withdrawn from my duties with Miss USA.

Thomas Roberts, the anchor from MSNBC who co-hosted the pageant as well, released his statement on Twitter:

Additionally, it seems like not only Burke, Roberts, and NBC are cutting ties with Trump, but entire nations as well: Lupita Jones, the winner of the 1991 Miss Universe pageant from Mexico, also tweeted on Tuesday that Mexico would no longer be participating in the pageant: In the tweet (which is written in Spanish), she said that she was offended by Trump's comments and, as Miss Universe, she was appalled that Trump was undoing all the good that the pageant had done: "It's a shame that because of his racist comments we lose what the competition has promoted and represented for so many years in an atmosphere of harmony and peace among nations; therefore, in accordance with the statement by Televisa, we will not participate in Miss Universe," Jones tweeted.

Following NBC's announcement that the network would be cutting ties with Trump, Trump released a statement through his rep regarding the situation:

We must have strong borders and not let illegal immigrants enter the United States. As has been stated continuously in the press, people are pouring across our borders unabated. Public reports routinely state great amounts of crime are being committed by illegal immigrants. This must be stopped and it must be stopped now. Long ago I told NBC that I would not being doing The Apprentice because I am running for President in order to Make our Country Great Again. [...] If NBC is so weak and so foolish to not understand the serious illegal immigration problem in the United States, coupled with the horrendous and unfair trade deals we are making with Mexico, then their contract violating closure of Miss Universe/Miss USA will be determined in court. Furthermore, they will stand behind lying Brian Williams, but won’t stand behind people that tell it like it is, as unpleasant as that may be.