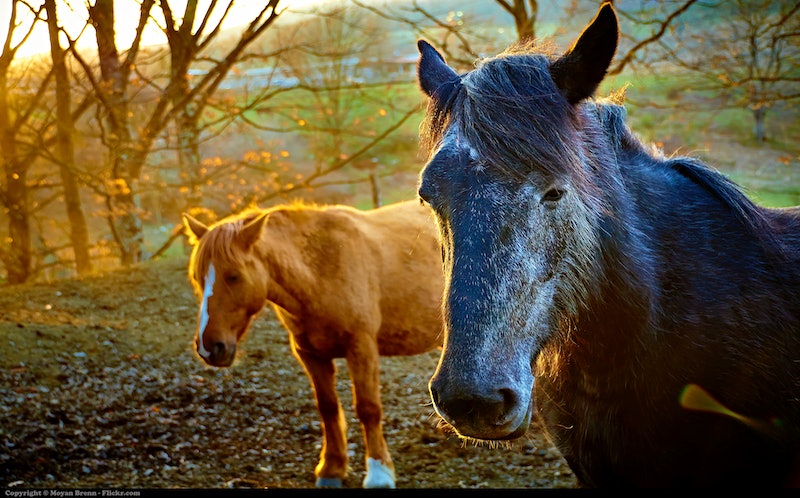 Horse lovers, better look out for your favorite animals. According to Oklahoma Farm Report released Tuesday, this year's first case of West Nile virus was found in Oklahoma. Local newspaper Ada News reported that the Oklahoma Department of Agriculture, Food, and Forestry is calling for horse vaccinations to prevent West Nile virus.

According to the State of Oklahoma's website, horses and birds are at the highest risk of contracting West Nile virus (WNV). The state government said that WNV attacks the brain and nerve system. Symptoms in horses may be "a change in personality, hyper-responsiveness to sound or touch, muscle tremors or twitching, stumbling and falling, or circling. The illness may progress to more serious symptoms such as inability to stand, seizures, and death."

Grace Owen, a vet at Equine Medical Associates explained to News Channel 4, an Oklahoma City-based news outlet, the seriousness of the disease. She said:

In horses, about 30 percent of them result in a fatality or death of a horse, so it's obviously a pretty severe disease. ... In another additional 40 percent that recover after that acute phase, they actually can still have clinical signs still apparent, so they might not recover fully.

Want to protect your horse? According to ADA News, horse owners should vaccinate their animals. The Horse Magazine reported that vaccination is the most effective way to prevent WNV contraction by providing nearly a 100 percent protection rate for a cost as low as $25. According to EquiMed, a horse health website, one in three horses with WNV symptoms die. If your horse shows any symptoms, you should contact a vet as soon as possible.

Besides vaccinating horses, the Oklahoma Department of Agriculture, Food, and Forestry suggests that Oklahomans can prevent mosquitoes from breeding by getting rid of their main breeding ground: standing water. In relation to horses, this could mean not letting water sit for long periods of time in water tanks and wheel barrows.

WNV is a mosquito-born disease, which means that mosquitoes carry the disease and transmit it to animals and, in some cases, humans. According to the Centers for For Disease Control and Prevention, when a mosquito feeds on a bird infected with WNV it becomes infected and can spread the disease further.

So can horses with WNV get humans sick? According to Oklahoma state government's website, the answer is no. There has never been a confirmed case in which a human got WNV from a horse. Horse lovers, your beloved animals might be in danger, but vaccination can save them.

More like this
Michigan’s Governor Is “Going To Fight Like Hell” To Protect Abortion Access
By Andrea Zelinski
The 10 Best Cat Puzzle Feeders
By Lauren Moison
My Picky Eater Dog Absolutely Devours This All-Natural Food
By Allison Berry
If You Have Pets, You Probably Don't Realize You're Making These Common Mistakes
By Mackenzie Edwards
Get Even More From Bustle — Sign Up For The Newsletter