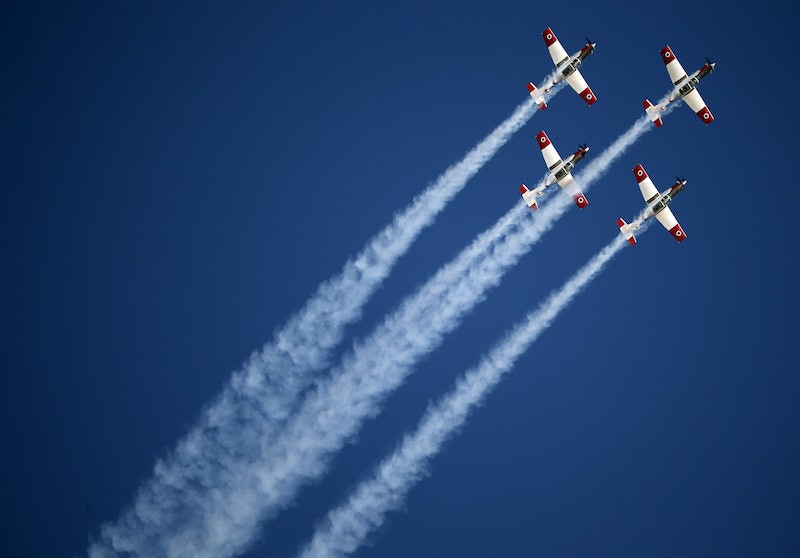 As the nation gears up to prevent against security threats this Fourth of July weekend, many vacationers are asking: is it safe to fly for July 4? The three-day weekend is typically one of the busiest travel weekends during the summer, and while the largest threat is usually a packed airport, this year may have other dangers in store. Last week, the FBI issued a bulletin in conjunction with Homeland Security urging local enforcement to be on alert against security threats this weekend. Several cities, including Charleston, South Carolina, were highlighted in the bulletin.

The alert was issued following three terrorist attacks abroad last week in France, Tunisia, and Kuwait. ISIS has taken credit for the latter two, according to WCNC in Charlotte, North Carolina. It's important to note that while the alert appears to be in response to ISIS, officials are saying that there is no specific information or possible threat currently known. Because the Fourth of July is a deeply patriotic holiday for America, officials told ABC News that an attack on July 4 would be particularly symbolic, and thus issued the alert to be safe.

Although agencies around the country are on alert, there has been no warning issued to airports specifically. According to the FAA, airports are already on high alert for the busy weekend, but there will be no obvious increase in security measures. Aside from expensive prices and questionable food, there appears to be no clear threat against fliers.

In fact, flying is actually the safest mode of transportation you can take this upcoming weekend. In general, flying offers a very low risk. According to The New York Times, an estimated one in 45 million flights are in danger of a fatal crash. You could fly every day for 123,000 years without coming into significant danger of crashing. In 2013, there were a reported 173 flight-related fatalities worldwide — compare that to the 32 million flights that were made worldwide that year.

According to the National Safety Council, in the U.S. your odds of dying in a car crash are approximately one in 112, which is good news for Independence Day fliers. According to ABC News, 4.4 million Americans are expected to fly this weekend, which is down by 4.5 percent from last year. However, those traveling by car has risen by 1.5 percent, which means there will be 32 million Americans on the road this weekend, all competing to find the best BBQ.

But for those who are still nervous about flying this weekend, there are further security measures in place to put you at ease. The Pentagon has ordered jet fighters to patrol the skies around major cities and has established no-fly zones over large monuments such as Mount Rushmore and the Statue of Liberty. High-profile locations, such as the Pentagon or the White House, have pre-existing no fly zones.

So pack your sunscreen (but not your fireworks), find a great apple pie recipe, and book your flight to your in-laws this Fourth of July weekend without fear of flying. Just don't forget about the largest threat this weekend: the sun.