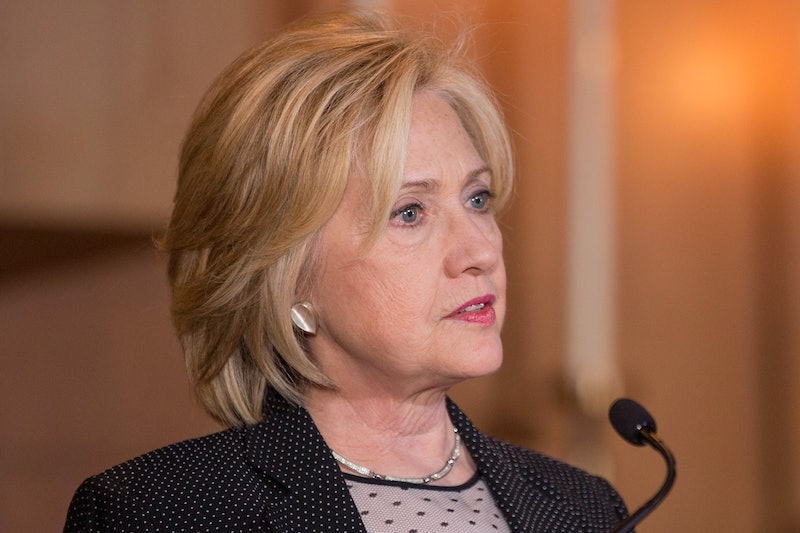 To comply with a court order, State Department released some 3,000 pages of Hillary Clinton's emails Tuesday night, covering most of 2009, her first year as secretary of state, the Associated Press reported. After it was revealed that Clinton used a private email server while she was secretary of state, a federal judge ordered that 55,000 pages of some 30,000 emails be made public in batches every 30 days, starting June 30.

Most of the emails detailed correspondence between Clinton and her aides, including longtime confidante Huma Abedin. A few emails indicated that some White House officials were aware of Clinton's private server, including Chief of Staff Rahm Emanuel and John Podesta, her current presidential campaign chairman who was once an aide to President Obama. There is also a large number of redactions throughout the emails.

There was some grumbling in the media Tuesday that the late-night timing of the planned email release was an attempt to reduce media scrutiny of the documents, but State Department spokesman John Kirby told reporters Tuesday that that was not the case, reported U.S. News & World Report. "There's been nothing but nearly nonstop work on this. You have to understand the enormity of the task here. It is a lot of stuff to go through," Kirby said.

The first round of about 300 emails totaling about 850 pages was released on the State Department website in May. Those emails ranged from correspondence between Clinton and her staff to policy briefings and scheduling matters. What the emails did not reveal was any new information about the 2012 attack on the U.S. Consulate in Benghazi, Libya, which killed Ambassador Christopher Stevens. But the fact Clinton did not have a State Department email address during her tenure raised concerns that her private email server had stored "sensitive but unclassified."

We'll update with more information as we comb through the documents.