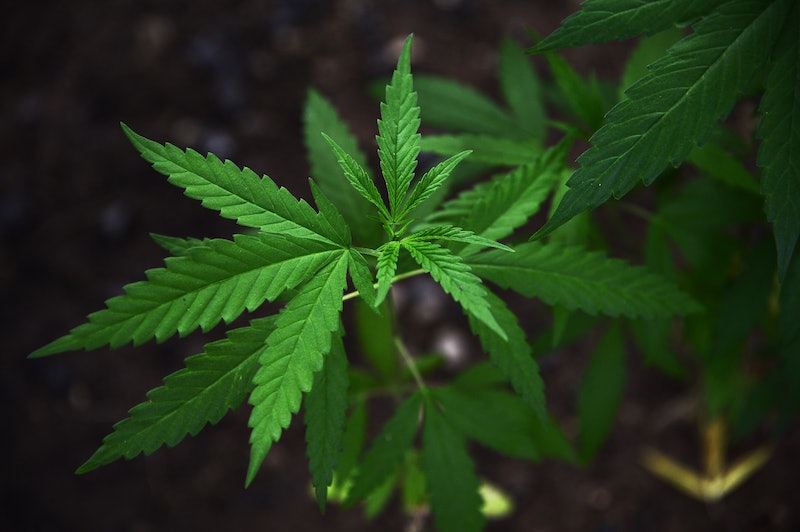 It's a day many Oregonians have been waiting for: recreational marijuana is now legal in Oregon. And residents didn't waste anytime to celebrate the new legislation. On Tuesday night, hundreds gathered at the Burnside Bridge in Portland to count down to midnight, when Measure 91 would take effect, lighting up as soon as the clock struck 12. Under the new weed law, residents over the age of 21 are now able to possess up to eight ounces, carry one ounce, and grow up to four plants at home. Buying and selling marijuana is still illegal, but that could also change soon.

Based on the stipulation that weed can be given, but not sold, the "Burnside Burn," organized by Russ Belville and the Portland chapter of the National Organization for the Reform of Marijuana Laws (NORML), was thrown as a BYOW gifting party, where growers handed out small amounts of their product to those of legal age.

We anticipate there are going to be a lot of people that will immediately go out and start smoking, maybe in public areas. We really encourage people to use at private locations, in their homes, and be respectful of the fact that there are a lot of people who don’t want to smell it.

However, if smokers choose to disobey the advice, he encouraged reporters to not call 911, and to call a non-emergency line instead. The only time residents should call 911 is if they see someone toking behind the wheel.

While selling marijuana remains illegal in Oregon for now, a companion bill legalizing the sale of recreational marijuana in dispensaries is currently making its way through state legislature. Business owners can start submitting their license applications in January, and shops could start cropping up as early as next fall.Needless to say, the people of Oregon were a happy, probably super giggly, bunch on Wednesday. Many took a break to express their joy on Twitter:

While it certainly is a momentous day for marijuana reformers in the country, Belville recognizes that there's still a long battle ahead. He told The Washington Post:

For us it’s like the end of the Civil War, but we still have reconstruction and Jim Crow to go through.