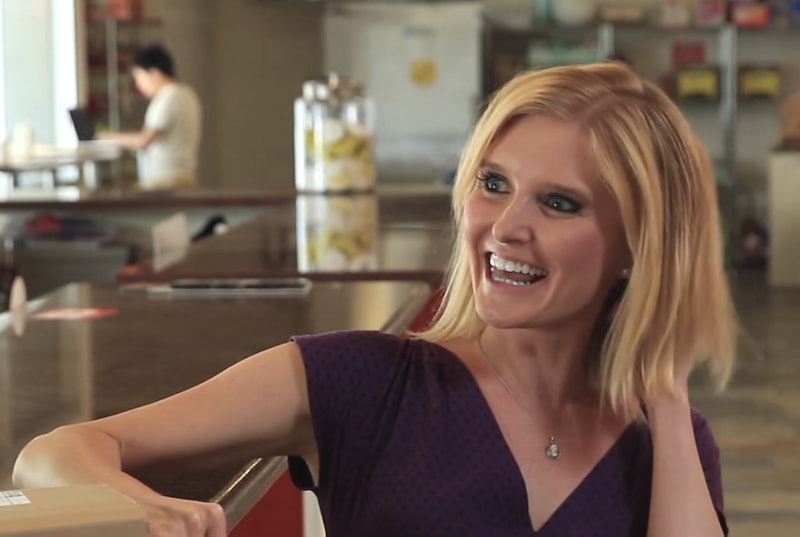 When I hear guys catcalling me or other women on the street, I often find myself wanting to ask, “Hey dude, what do you think is actually going to happen when you do that? In the past, when you’ve told women you’ve never met to ‘Smile, baby!’, has any one ever stopped and said, ‘Oh my God, thank you so much for the advice! Hey, do you want to get a drink some time?’” No, of course not. Because that would be crazy. This video from BuzzFeed gives us five things women would never say to a creeper by showing what would happen if women did say them. It features women responding to groping, unsolicited “advice,” and catcalling as if the guys doing it were charming and attractive dating prospects, rather than, you know, creepy strangers.

The results are ridiculous and hilarious, but they can also tell viewers something important about this kind of harassment: As the end of the video points out, “These reactions seem crazy…cause you know you’re not really flirting.” The reactions of the women—from randomly jumping into a random dude's car when he asks to give her a ride, to accepting a stranger’s sexual proposition—seem insane (and therefore funny) because everyone, including the men who make these advances, knows that the purpose of street harassment isn’t to actually get a positive response from women. It’s not about flirting, or making a connection, or starting a real human interaction. It’s about power, and it’s about men letting women know that they are objects.

Women have a lot of strategies for dealing with street harassment, but these are five things you probably won’t hear them say:

Upon being groped by a stranger:

Upon being asked, “Hey baby, want a ride?” by a stranger:

Upon hearing kissing noises coming from a nearby guy:

Upon being sexually propositioned by random dudes:

Upon being told, “Come on, baby, give us a smile”: