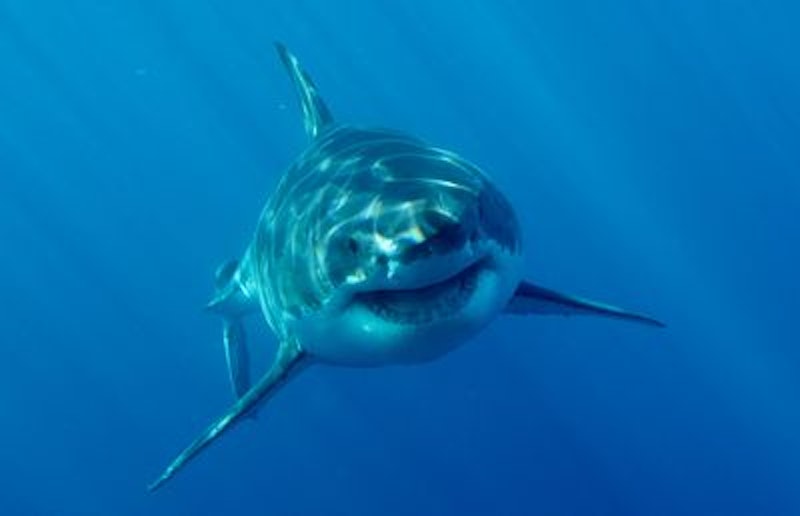 For the past few years, Shark Week has gotten the Discovery Channel into some hot water (pun absolutely intended) for fudging some of the shark-related facts. So, how much of Shark Week is true? The shark footage, of course, is real, and the hallmarks of creative editing that shows do to make their crews look like they're in danger are all over Shark Week. (Take a shot every time the show cuts from a cameraman going, "What was that?!" with a whip pan to stock footage of a shark swimming around minding its own business, and you will be out of commission until the next Shark Week.) But that's a benign, basically harmless thing to do — everyone watches these shows in order to get some sweet, sweet shark footage. What Discovery is in trouble for is much more serious.

In 2014, Shark Week aired footage about a shark residing in Lake Ontario. Trouble is, there was no such shark and it caused a panic for tourists and residents of the area. Several scientists spoke up saying the video, which was shot for Rogue Shark, was harmful. “I feel that this publicity stunt was in extremely poor taste and irresponsible,” Christine Archer, an Aquatic Animal Technician at the University of Ottawa told Discover magazine last year. “Not just for the residents and visitors of the region, but for sharks themselves."

As residents continued to express their fear, Discovery spoke up about the true nature of the video.

Summer swimming activities can resume as normal "Discovery wants to quell the concerns of Canadians everywhere and reveal that the widely-circulated video of a shark swimming in Lake Ontario is, in fact, not a real shark. The video of the incredibly life-like prosthetic model shark is the first stage of a multi-level marketing campaign tied to the channel's iconic summer event, SHARK WEEK.

Then, in an interview with i09, scientist Jonathan Davis claimed he was quoted in what he was told was a documentary, but actually turned out to be a fictionalized mockumentary called Voodoo Shark about a giant mythical shark in Louisiana. "I was just told it would be combined with some other filming to make one show about Louisiana shark research," Davis said. Instead, he claimed Discovery edited his comments to make it sound like he was talking about the "voodoo shark" and believed in it.

The voice-over introduced my researchers and I as we were riding in a boat out looking for sharks on the edge of the Lake. They said, "They believe that if there is a monster shark entering Lake Pontchartrain it is likely sticking to this area..." and then it pans to a clip from my interview where they asked me, "Do you think there are large Bull Sharks in these bayous and swamps around Lake Pontchartrain?" so my response was to THAT question.

In response, Discovery made this statement:

For 27 years Shark Week has been the prime showcase for all things shark – science, legend and conservation concerns. A whole generation that has grown up with Shark Week have awareness and issues for sharks; many marine biologists cite Shark Week as bringing them into that field. Discovery Channel has been one of the biggest contributors to furthering shark research and have paid for technology that has been critical in the studies.

Still, new Discovery president Rich Ross has promised that type of drama-over-science programming will be in Shark Week's past, and that the new schedule of docs are totally factual.

Island Of The Mega Shark

Guadalupe Island, the setting of IotMS, is in fact home to a huge great white that just made the news. Checks out!

Mako sharks may not be "monsters," but they are the fastest and one of the most deadly species of sharks, so this one manages to pass the test.

This one pings on the BS-ometer. Even though Discovery swore up and down they wouldn't outright deceive people, that doesn't mean they can't place some artful suggestion in a title. Creator Jeff Kurr's interview with The Santa Maria Times does set things straight: It's just a theory, but it will be backed up by plenty of shark research.

The title might be surprising if you're not familiar with Shark Week, but this series is not the Ancient Aliens of Discovery; rather, it's an exploration of the world's strangest fish.

Worried again? So was I, until I found that Australian director David Riggs has been working on this project — and tracking the shark that was the victim of the super predator — for years.

Again, the title is misleading, because this is not about sharks doing martial arts or carrying nunchucks. Instead, this is a good old-fashioned review of six species of especially deadly sharks, like the hammerhead.

While I wish that it was a fabrication, Reunion Island of Shark Island is known for once being a haven for surfers, but now, an incredibly dangerous area for humans because it's so "shark infested." While Discovery's Shark Week hasn't lost it's flair for the dramatic titles, most of its documentaries this year sound pretty legit. But keep your eye out for the rare exaggeration — because old habits die hard.