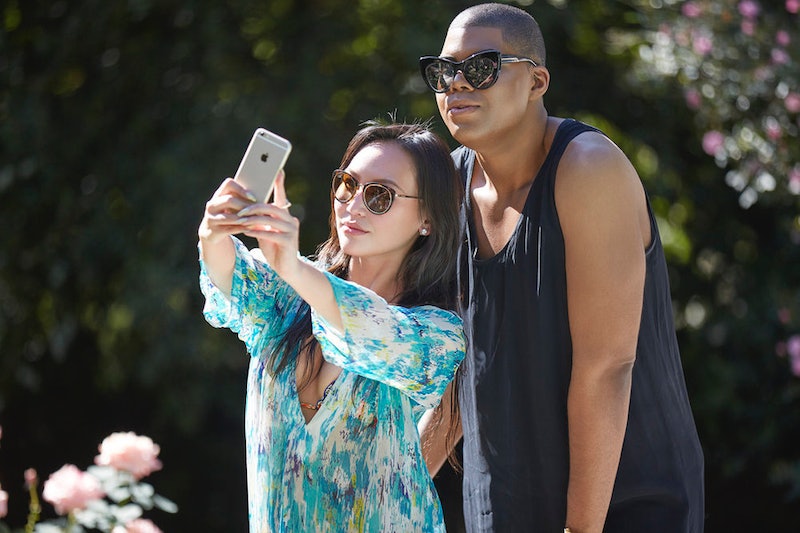 As a star of Rich Kids of Beverly Hills, obviously Dorothy Wang has a lot of money. But if you're wondering how Dorothy Wang got so rich, the answer is more interesting than just your normal rich kid. Of course, most of her success and extravagant lifestyle comes from her family money, but how she even got that money is an interesting story. And, as she's said on the show, she's taken her time coming into her own, from taking a brief sojourn into the world of being a realtor to starting her own jewelry line. But, even though Dorothy Wang might not have a traditional career path, that doesn't mean that she doesn't hustle in her own way.

Often, Dorothy is the one that is credited as the first Insta-famous rich kid, and that ingenuity might not be totally unique to her, she certainly has mastered a certain type of personal branding and marketing via social media. The way Morgan dabbles in blogging, Dorothy could easily dip into social media branding or consulting.

But, even though there's much more to her than her money, Dorothy Wang's not struggling to pay any bills. She's worth $10 million, according to Heavy. Even though she didn't "earn" that money, her parents were savvy enough to plant some good instincts with money in their kids, because Dorothy has been able to take that $10 million and turn it into a truly #fabuluxe lifestyle.

Her Father Is Literally Worth Billions

Just look at his Forbes evaluation: $4 billion. Crazy. Roger Wang is one of the most successful businessmen in the world, and he's passed some of that skill (and plenty of his deeply, deeply pocketed money) down to his daughter.

And Her Apartment Is Worth Millions

Dorothy's Beverly Hills apartment, seen in the first few episodes of Season 1, sold for over a million, and then was furnished for millions more — it's dripping in luxury from every turn. And, of course, the good selfie lighting is priceless.

She Has A Jewelry Line That Turned Out Pretty Well

That Crazy Birkin Collection Didn't Pay For Itself, But It Could

If each Birkin is at least worth $10,000, and she has two, maybe three dozen, that's over a million in just one type of handbag alone! So even if Dorothy pulled a Roxy and got "cut off," she'd have a pretty sizable slush fund between all of those bags.

She Knows How To Market Herself

Because she's not in the office all day, Dorothy is able to do a great deal of magazine covers, photo spreads, and interviews, successfully turning her into a television star.

But More Than Anything, She's #Funemployed And Playing The Field

Like a lucky kid in college swapping majors, Dorothy's gone from career path to career path because she has the luxury of not worrying about paying the rent. I think anyone would jump at the chance to have a worth of $10 million, but I'm glad Dorothy's not just sitting on her money, but is also finding ways to build a career of her own.