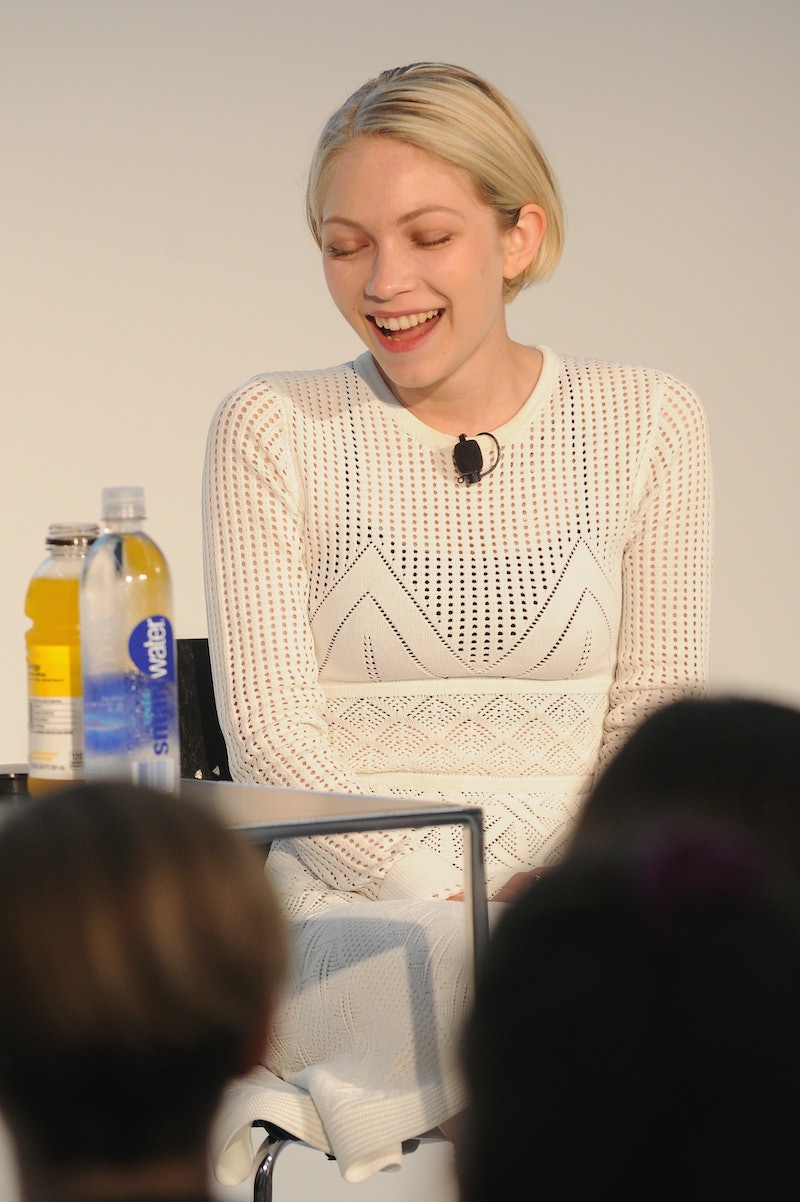 Despite an admittedly perturbed look on her face in her recent social media snap, where she compares a "concerned, angled post-haircut face" from 2009 with one from earlier this week, Rookie founder Tavi Gevinson is rocking a new pixie cut like nobody's business.

Gevinson has mostly kept her hair short since she first came bursting onto the scene (and I do mean "scene" — she was sitting front row at NYFW at just 13 years old). In fact, her head has been making news since 2009. Remember the runway-obstructing hair bow Gevinson wore to the Dior Couture show? Since her first pixie cut, she's gone grey, orange, and blue, tried pin-up pigtails, made a how-to video tutorial for a beehive updo, and everything else that gravity and hairspray allows.

Metamorphosis is nothing new to the teenage style icon, who's nothing if not experimental, and she has an almost out-of-body approach to her public image. In a recent interview with Elle , she tells the magazine "I was taken by people who transformed themselves, and I was obsessed with a moment in Don't Look Back when [Bob Dylan] reads something negative about himself in a paper and goes, 'Glad I'm not me.' "

While most people would be quick to call a pixie cut "fearless" (eyeroll), this style is relatively tame for the trend-bucker. Here are some of her most outrageous hair styles, from the delightful (I'm partial to the '50's heavy-bangs-and-a-dream look) to the "she's still figuring out who she is".

Inspired by: Beyonce, who was inspired by Betty Page

Inspired by: Grimace from McDonald's:

Inspired by your grandmother

Inspired by: Velma, from Scooby Doo

Inspired by: Kurt Cobain. (A slightly more tousled version of The Margot, see above.)