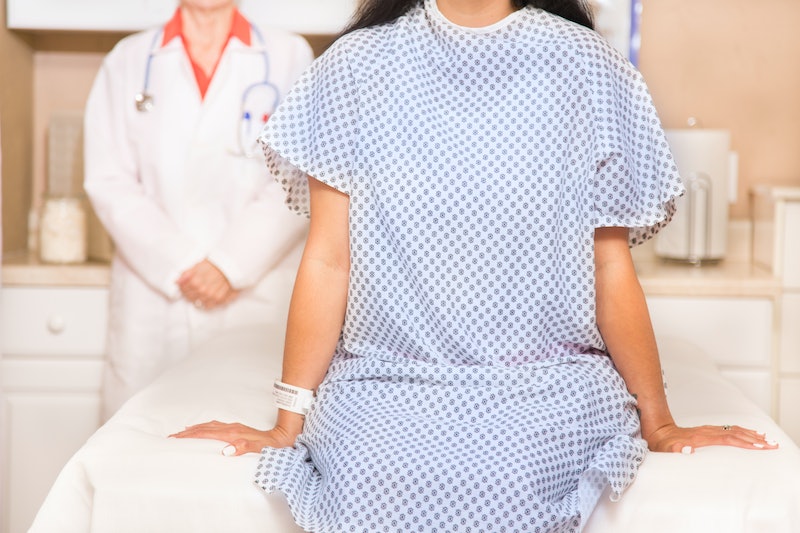 There's a new viral video making the rounds about a woman with two vaginas. While it's fascinating, it's also cringe-worthy in that the video's star, Cassandra Bankson, has some incorrect information about how to care for her twin cervixes. In particular, she replied to a question about whether or not she needed two pap tests by replying that she didn't know if she was old enough to need that screening test yet. No judgement here — but this is incorrect information. And a common misconception. A lot of women don't know if and when they need to see their gynecologists to get these potentially life-saving screening tests.

And I get it. No one wants to go to the gynecologist. It's up there with going to the dentist or spending a night in jail. So it's no wonder our cultural conversation about it includes a lot of invalid excuses to skip the stirrups. But skipping them does more harm that you might think. The CDC reports over a million cases of chlamydia alone, the most common STI among millennial-aged women, with at least that many estimated cases going undiagnosed or unreported. And that's just one type of STI. So making excuses to avoid the doctor equates to rolling the dice with your health and your future fertility. Here are seven more busted excuses and myths about going to the gynecologist.

1. Going to the gynecologist is THE WORST

I mean, it's not really fun, but going to the gynecologist is not so terrible that you need to stress about it. For the most part, it's in and out in under 20 minutes, and more than half of that is talk. The exam may be uncomfortable for a moment, but it usually doesn't hurt and you can ask your doctor to walk you through it. The worst part of the exam is often the anticipation, so don't psych yourself out!

2. I don't have to go because I'm not old enough yet

The American Congress of Obstetricians and Gynecologists recommends that young women begin seeing the gynecologist between the ages of 13 and 15. There's so much more to going to the gyno than just getting a vaginal exam. Your doctor can teach you about your body and answer questions you may be too embarrassed to ask family and friends. She can also talk to you about birth control, periods, emotional health, breast health, acne, sex, pregnancy options, and even relationships.

3. I don't have to go because I'm not sexually active

Sex is a big part of reproductive health, but it's not the only part. As a young teen, your gyno will get a sense of what's normal for your body, setting a baseline to identify potential future problems more easily. Also, people define "sexually active" in different ways, and there are some behaviors you might not call "sex" but that still pose risk factors for sexually transmitted infections.

This is a common but dangerous line of thinking. So many sexually transmitted infections have no symptoms, or easy-to-miss symptoms. If ignored, those infections can lead to serious problems, such as pelvic inflammatory disease, fertility problems and even some cancers. The good news is, most STI tests and treatments are no big deal if you take care of things before they get serious.

The Affordable Care Act made many types of preventative care free. Check with your insurance provider for the details. And if you don't have insurance or can't afford your co-pays, health centers such as Planned Parenthood often offer low-cost or sliding-fee-scale services.

You're a lesbian? Me too! And I still have breasts and a vagina and hormones that still need to be healthy. Regardless of your sexual orientation or gender identity, you still need to keep your sexual and reproductive health in check. In fact, lesbians are both less likely to use protection during sex and less likely to get cervical cancer screenings. And no matter how much of a vagina expert your partner may be, she doesn't count unless she's been to vagina medical school.

7. I already had my pap this year

New guidelines mean you may only need a pap test or vaginal exam every three years. That doesn't mean you should only see your gyno every three years. In between pap tests, you can (and should) still get screened for sexually transmitted infection, breast changes, and overall sexual health. You can also check in about birth control.