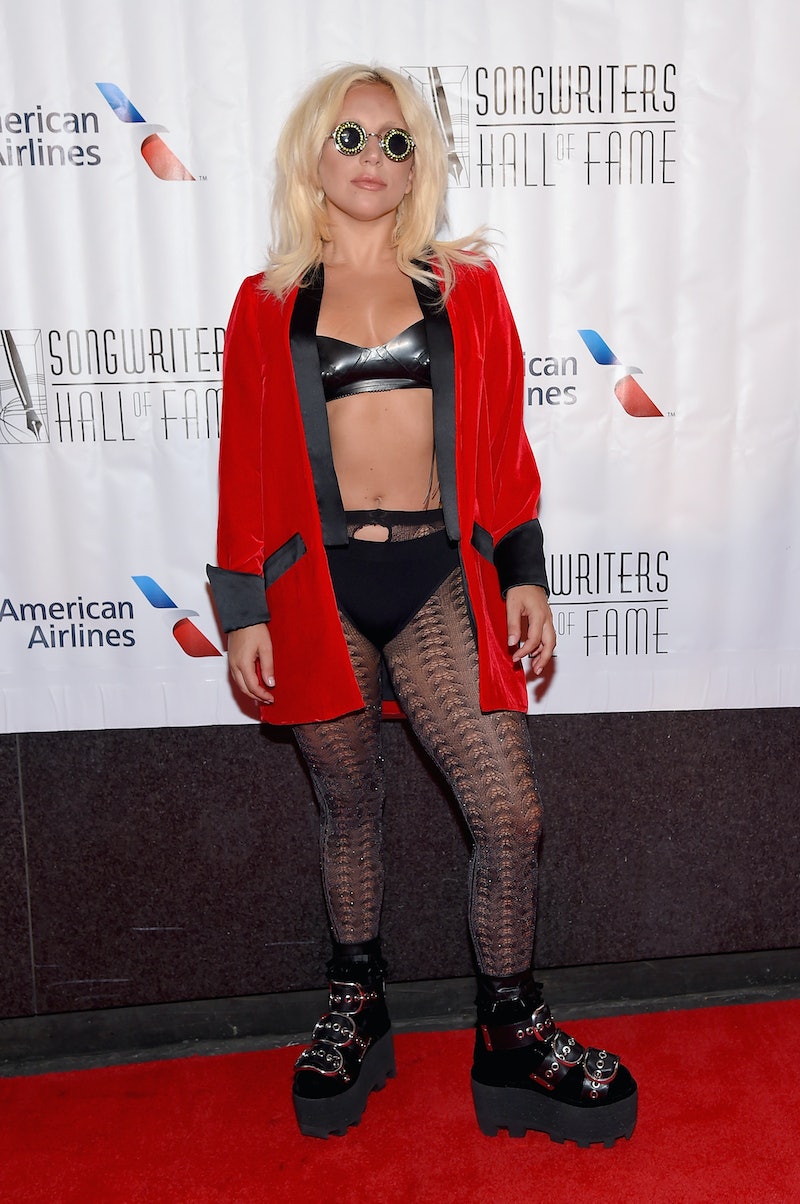 Underwear-as-outerwear has always been one of Lady Gaga's style hallmarks. Ditching pants? Substituting her top with a bra? Mother Monster loves doing that on any occasion and has been doing it since she burst onto the scene. She wore undies with a blazer to accept a songwriting accolade last month. Now Lady Gaga brought fake finger mustache chic to undies while in a car!

Judging from her captions, Ma Monster was traveling in New England, since she referenced Connecticut and "Rhode," which probably meant "Island." Whatever she was doing, it looked like fun.

Her high-waisted, white and pink striped, and boxer-like bottoms could've have been picked up at any Victoria's Secret. But overall, it's her demi cup, whisper pink bra that has a thick black swirl along the bottom that mimics a goofy 'stache.

There goes our girl Gaga, bringing mustachioed chic to a pair of undies. She added black leather gloves and round sunglasses. But it's super cute and kitschy, which aren't always words that we attach to Gaga's fashions. But that's what it looks like here.

It could be totally unintentional but the bra looks like it came from Claire's, one of my favorite stores to pick up seasonal, goofy accessories.

Her cleavage looks great, too.

Gaga's gonna knock you out!

Here's another closer look at her mustache bra. It might not intentionally be that, but that's what it looks like to me.

Gaga has the life and the style. So does Justin Bieber, with his Groucho Marx 'stache.

This is what Gaga brought to the bra, although it may have been entirely by accident.

I had to share her new pic with her Iron Maiden tee, too. She's been rocking the vintage rock tees, which are perfect for summer.