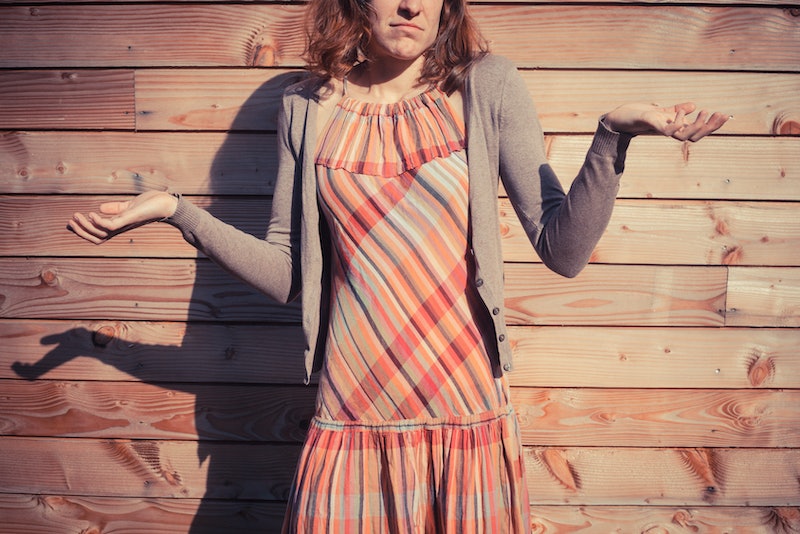 Adulthood seems like such a big deal when you're a child, but as every 20-something knows, it's way less fun once you actually get there. Although everyone has different opinions on the most confusing parts of adulthood, we can all agree on one thing: sometimes, it kinda sucks. But hey, at least we're all in the same metaphorical boat, right?

It's a frequent topic of conversation, especially among college students and those of us in our early twenties. Scroll through Tumblr, BuzzFeed, or Twitter for more than five minutes, and you'll inevitably come across some young adult lamenting their loss of innocence, usually in the form of a humorous post subtly drawing attention to their utter lack of basic life skills. You know the kind — people finding out the hard way you shouldn't put foil in the microwave (#blondemoment), half-joking about drinking wine out of a mug for dinner (#sorrynotsorry), or even just Instagramming their disorganized rooms (#IWantMyMom). These posts are like the opposite of a humblebrag, and they almost always elicit a combination of laughter and sympathy. Why? Because we've all had similar moments.

With all this in mind, it's no surprise that when the incredibly-named Reddit user IncoherentLeftShoe asked what the most confusing thing about adulthood was, the Internet delivered. Oh boy, did it deliver. In fact, at the time of writing this article, there were more than 5,000 comments in just one day. Luckily for you guys, that's what I'm here for. Let's take a look at the 13 best responses:

1. My least favorite question of the day: what will I eat for dinner?

The struggle never gets easier.

Are you supposed to sit down and create one? Does it happen naturally? Asking for a friend.

You can totally have friends as an adult, but never again will you be part of a ragtag group of BFFs like you were in high school.

Breakouts are usually associated with the misery of puberty, but HA JUST KIDDING THEY NEVER GO AWAY.

5. That whole "get a job after college" deal.

Now that I think about it, PinkPantherParty totally has a (depressing) point.

6. The weirdness of seeing your friends being successful.

You're telling me the kid who I caught picking his nose during class in 4th grade is a principal now??

7. The realization that you could technically have a child.

You're old enough now so that it wouldn't even be frowned upon. WTF.

8. When can I have that closet full of designer clothes like Carrie from Sex and the City?

It's a valid question.

9. How are you supposed to parent? Is there a class? A manual?

Even a pamphlet would be nice.

Someone please explain this one, actually.

I don't even know if it's possible, to be honest.

I know he's out there. I've seen Elf. Where are my presents, Santa?!