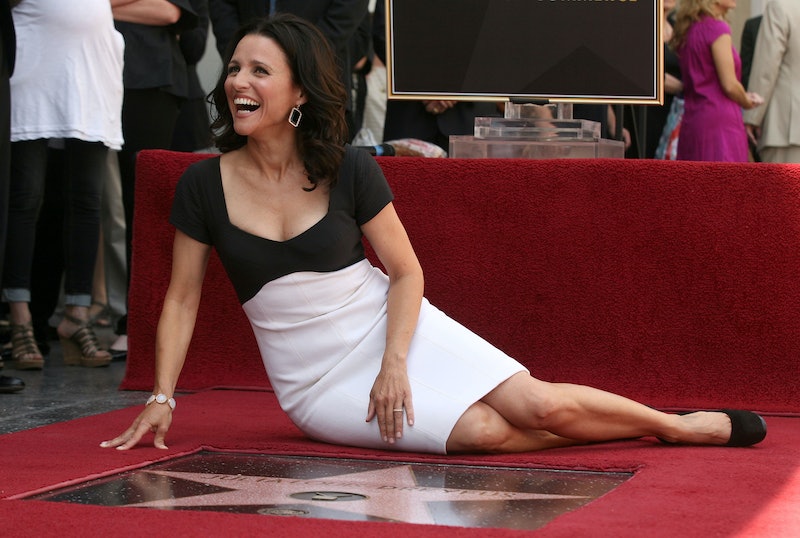 Between the two Jimmys of late night TV, there are a lot of recurring sketches and gags to keep track of, but for right now, the only one that matters is Jimmy Kimmel's latest installment of "Mean Tweets." For the fifth time, Kimmel put together a video of celebrities reading mean tweets about themselves, and for the fifth time, it was hilarious. Featuring Amy Poehler, Aaron Paul, and many more, this video might be one of his best, thanks to some great guests.

The first star to face public opinion in this installment is John Krasinski, who asks, "can tweets even be mean?" Oh John, if you only knew.

"your face is so stupid i hate you @johnkrasinski"

Whoever wrote that is a psychopath, because Krasinski's face was always the best part of The Office, but whatever, Krasinski handled it pretty well.

Other celebrities were surprised by tweets that started out pretty positive before getting to the insult, like Sharon Stone.

"I remember when the words "@sharonstone is on television" brought me joy, instead of, "I hate that bitch."

Stone may not have been pleased, but at least her critic took the time to use proper grammar and punctuation.

Other stars just found the tweets amusing, like Nick Offerman, who couldn't help but to giggle as he read his out loud.

But no actor was more amused than Julia Louis-Dreyfus, who couldn't help but to burst out laughing at her tweet's summary of Seinfeld.

Her reaction just makes us love her even more.

However, no one had a better reaction than the creator of Seinfeld himself, Larry David, who can only be appreciated in video form. Check out all of the celebrity reactions below, with David ending the segment in the best possible way.