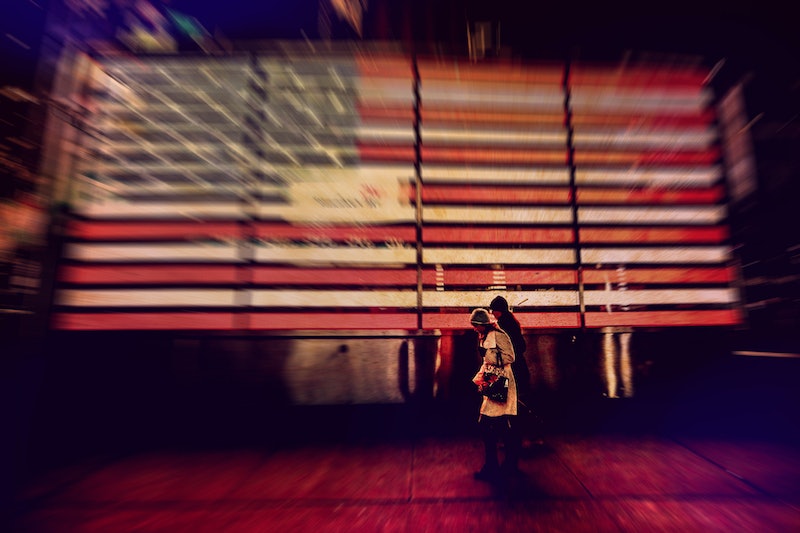 Sure, cookouts and fireworks are fun, and parades may be festive, but if you’re having a hard time getting into a patriotic mood this July 4, maybe you should try picking up a historical fiction novel. After all, this holiday is all about America and its history, and what better way to celebrate then by reliving it?

Historical fiction has it all — drama, action, romance, intrigue, and a built-in history lesson to boot. Since this year marks the 239th birthday of the good old U. S. of A., it's safe to say that a lot has happened over the years that can serve as fodder for fiction.

From the Revolution to the Civil War, from the farmlands to the booming city streets, America and her people have more than enough stories to tell, and no one knows that better than historical fiction writers. Nathaniel Hawthorne found inspiration in the Boston settlers, and the Great Depression has served as a muse for John Steinbeck and so many more. As Mark Twain said, the truth is stranger than fiction, and the results when you mix the two is pure brilliance.

So if you're not feeling the red, white, and blue this weekend, here are nine books to get you in the spirit of the holiday:

If you want a look at the country before its independence, Geraldine Brooks' novel can transport you back to the complicated days of pilgrims and Indians. Nothing like what you learned in school, Caleb's Crossing reveals the history of the very first Native American who, despite the turmoil and discrimination of the time, graduated from Harvard in 1665. A courageous tale of overcoming seemingly insurmountable obstacles, Brooks' book will bring you back to America's most native roots.

The Red Badge of Courage by Stephen Crane

A timeless wartime classic, The Red Badge of Courage tells the story of one young man's hellish experience as a soldier in the Civil War. Despite the fact that author Stephen Crane never served himself, his novel has been praised for its realistic portrayal of the battlefield. At its core a story of the inner conflict of fear and courage, this is a must-read for any true patriot.

Out of the Dust by Karen Hesse

A novel told in free-verse poems, Out of the Dust is a harrowing tale of one girl's struggle to survive the Great Depression in the dust bowl. A gripping story of family tragedy, heartache, and ultimately courage, Karen Hesse's unique story, aimed at young readers, shows an interesting and often overlooked piece of the American story.

The Sixth Shotgun by Louis L'Amour

Cowboys and highway robberies, saloon girls and ranch hands — there's nothing quite as American as the Wild West, and when it comes to writing about it, no one does it better than Louis L'Amour. In The Sixth Shotgun, two of his most thrilling stories, the titular "The Sixth Shotgun" and "The Rider of the Ruby Hills," appear in their original form. Captivating and fascinating, L'Amour's work is an American classic.

A Hundred Summers by Beatriz Williams

A hurricane is coming towards the idyllic coast of Rhode Island, but an even bigger storm is brewing on shore when Lily Dane's ex-best friend and ex-fiancé show up at her oceanfront community and rattle her world. Love triangles, friendships, and heartbreak collide in this dazzling period fiction novel. If your version of America involves socialites, Ivy league football games, and beach houses, then make sure to pick up One Hundred Summers for the holiday.

Some Luck by Jane Smiley

The first installment in Jane Smiley's celebrated trilogy, Some Luck is a sweeping, multi-generational novel that exposes the heart of a true American family. From birth to death, through childhood and adulthood, children and marriages — there isn't anything Smile's masterfully crafted novel doesn't cover. Brilliant and compelling, this is a captivating family saga set in the farmlands of America.

Selected by the Modern Library as one of the 100 best novels of all time, Ragtime mixes history and fantasy in an exciting and unforgettable way. Real historical characters, including Freud, Emma Gouldman, and Harry Houdini, cross paths with one fictional family across New Rochelle and New York City at the beginning of the 20th century, and the results are epic. Charming and amusing, E. L. Doctorow's classic that inspired the Broadway hit captures the era that shaped America to become what it is today.

All the Kings Men by Robert Penn Warren

It would be hard to think about the United States without reflecting on its complicated politics, and All the Kings Men is regarded as one of the best novels on the subject ever written. The story of the rise and fall of Southern politician Willie Stark is as much about the American political system as it is an allegory for actions and their consequences. Filled with corruption, drama, and plenty of dirty politics, All the King's Men is a dramatic and intense read that will have you questioning your local government — not necessarily in a bad way.

It wouldn't be a historical fiction round up without mentioning Margaret Mitchell's American wartime epic. Brimming with romance, drama, and hoopskirts (duh), Gone with the Wind has captured the hearts and minds of readers over the last seven decades years. Leave your own troubles behind and take on those of Scarlett and Rhett, and enjoy some true American heartache.