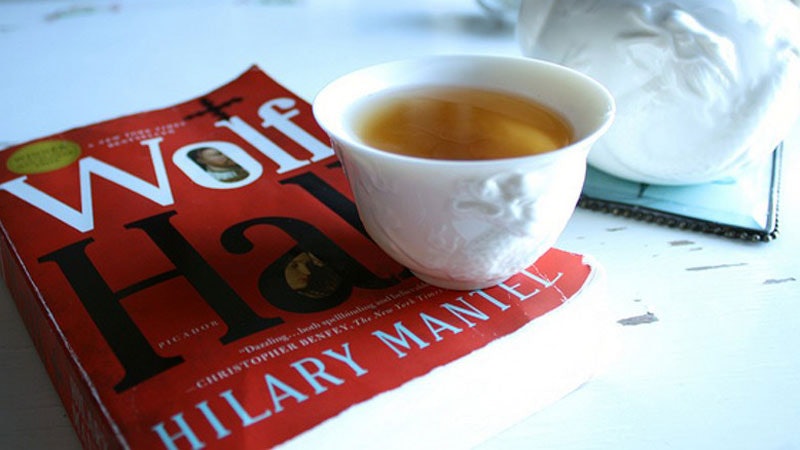 When it comes to guilty pleasures, one of my biggest ones is reading spoilers. Whether it's a TV show, movie, or book, I can't resist the urge to search the Internet for hints of plot twists and turns. It's so bad that I even do it with shows I don't even watch. So, when it comes to my reading choices, historical fiction makes it that much easier for me to support my bad habit. This kind of novel is one that takes place in a past time and location, so I go into it already knowing at least something about what is going to happen, and I can search my brain for long lost history notes... and voilà! Instant spoilers!

But that isn't the only reason I love historical fiction.

Because of the loose criteria, historical fiction novels range from love stories to family sagas to coming of age novels. They include Sir Walter Scott's Warerly, Leo Tolstoy's War and Peace, and Hilary Mantel's Wolf Hall . They have drama, mystery, intrigue, love, horror, violence, romance — essentially, they have it all. A great historical fiction book will transport you back to another time and place where you are surrounded by the customs and traditions of a world long gone. And the best part about historical fiction novels is the mix of the true and authentic with the fabricated and the fictional.

If you're a fan of historical fiction, I don't need to be telling you any of this. You're shared your morning coffee alongside the Boleyn sisters, and your evenings on the battlefields of Normandy. You know how the class system worked in 17th century Britain, and you have lost so many of your favorite characters to war, you're in a constant state of mourning. But if you're a historical fiction fan, you must also know:

It's About the Journey, Not the Destination

The beautiful thing about a lot of historical fiction is that you go into it already knowing something about the ending, whether it's the outcome of the onset war, or the fate of a particular historical figure. Although it might seem like a reason not to like this particular genre, historical fiction readers know this is actually one of the greatest things about it. Because you know the ending, you can focus on the story itself, its characters, the relationships in the book, the dialogue, and the beauty of the writing without being preoccupied with the outcome. That makes the ride so good. And, despite what you may think....

Suspense and Mystery Still Exist, Even If You Know How the Story Ends

Historical fiction-haters will try and tell you it's boring to know how a story ends, but we fanatics know that couldn't be further from the truth. Just because a novel is about a period you think you know, or people you have studied in the past, doesn't mean there is no room for mystery and intrigue in its telling. Everyone knows about the death and destruction that came as a result of Sherman's March to the Sea, but E. L. Doctorow's The March leads readers down a mysterious path of "who lives and who dies?" scenarios by giving us fictional characters in a historical setting. There is plenty of mystery, even in what is already known.

Some people are turned off from historical fiction because the setting is something very unlike the setting in which we currently live, but the truth is some there are some basic human conflicts that ring true no matter what time or place they are set in. Searching for true love, fighting an oppressor, exacting revenge, protecting your family — no matter who you are or where you're from, these are all conflicts you can empathize with. Historical fiction-lovers understand that things like love transcend time and place.

Life Was So Much More Dramatic Before Cell Phones

Celebrity Twitter feuds aside, life was a lot more dramatic before a simple phone call could resolve an issue. When you can't text your fiancé to find out if it was indeed him kissing the handmaid in the stable, but instead you have to wait until the next grand ball to confront him over a formal dance, drama is sure to ensue. Besides, confrontation is so much juicier when it's done in person.

Women Have Always, and Will Always, Kick Ass (No Matter What History Books Leave Out)

The problem with so many of the history books that you grew up learning from is that they are filled all of the same characters: white, privileged men fighting for their own best interests. Yes, you learned women's suffrage and the Daughters of the American Revolution, but why is it that women have been written out of many history books? Historical fiction gives a voice to the women of the past, and provides a space to tell the stories that the history books have been missing. Any historical fiction-reader will tell you that girls have always run the world. Bam.

Forget going to piloxing to relieve your stress — the characters in historical fiction have it right. Whether you are about to be sent off to war or your one true love has been promised to another, a long stroll through the countryside or a handwritten letter to your childhood friend is enough to find peace in clarity — at least it would be if you were in a historical fiction novel. Chances are, if you're a fan of historical fiction, you'd choose to stretch your legs in the park over pounding the punching bag at the gym any stressful day.

The Truth Is Stranger Than Fiction

Sure, the idea of aliens taking over the planet is pretty strange, but so is beheading two of your wives so you can marry someone else... and that actually happened. Although historical fiction does contain elements of fiction, often the kernels of truth are what's most bizarre, and those kinds of strange but true facts stick with you. Avid readers of the genre know this better than anyone else. That's why we're so good at Jeopardy.

It's Fun to Time Travel

Everyone Has a Secret

It doesn't matter if you are one of the founding fathers or a farm hand, a French monarch or a lady of the court — chances are, you have a secret. From the Dark Ages to the Civil War, people have been lying about who they are, hiding their pasts, and keeping the truth from one another. Though honesty is supposed to be the best policy, it doesn't make for the best story, so note to authors: keep the secrets coming.