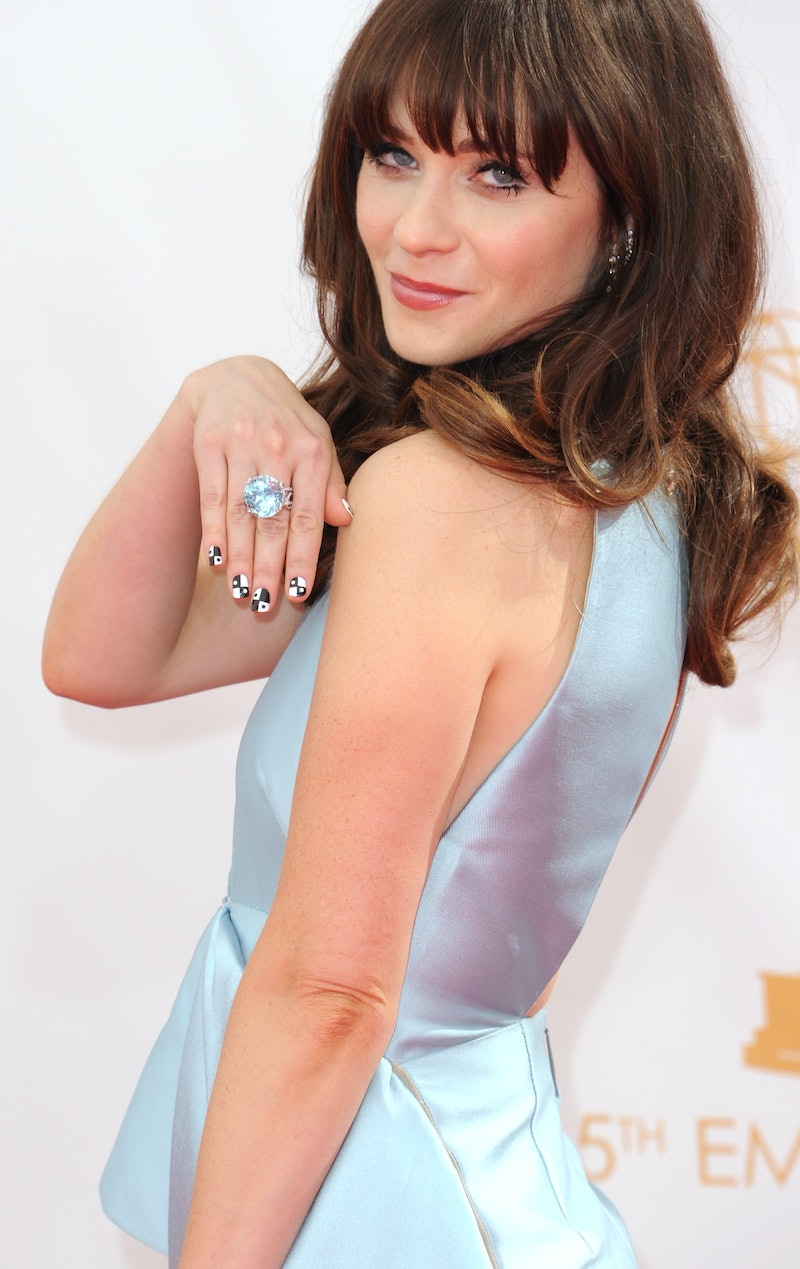 America's favorite girl next door actress is speaking out about her new upcoming role as a mother. And the New Girl is going to be doing things a bit differently in the early months of motherhood than some of her Hollywood peers. Unlike many new moms in the entertainment industry, Zooey Deschanel said she will not be sharing body-after-baby photos in a new interview with Cosmopolitan. She explained,

Haven't we all seen those pictures of a sexy new mom in a bikini after one month? I will not be that person. I've always gone my own course and never been someone who had the need to be super skinny. I like a healthy look. I don't buy into that skinny-is-better mentality. I just eat healthy and work out and don't worry about my weight too much. Actresses aren't models, and most of them never wanted to be.

Deschanel, who is expected to give birth to her first little bundle of joy this summer with her fiancé Jacob Pechenik, obviously isn't stressed about how she will look after her newborn makes his or her way into the world. Talk about refreshing! Considering how often we are bombarded with photos of actresses and singers who seem to drop the baby weight overnight, it is nice to hear of an actress as high profile and as well adored as Zooey Deschanel opting out of the immediate pressure to get the "pre-baby" body back as soon as possible.

It is also wonderful that she is emphasizing being "healthy," over being skinny. While she likely will not be counting calories, she will also probably not be eating a diet full of chips, chocolate, and junk food either. It's a positive mindset for her to be in. And a good amount of energy and strength will probably be needed more than ever for her important new job — taking care of an entire person!

Deschanel is not the first actress to adopt this healthy, realistic approach. Drew Barrymore is one star to make headlines for not rushing to lose baby weight right after giving birth. And of course, one of my favorite body positive role models Kelly Clarkson has effortlessly shut down anyone who dared attack her for putting on weight after her baby was born. So the real question is: is this a new trend in Hollywood? If so, I'm all for it!