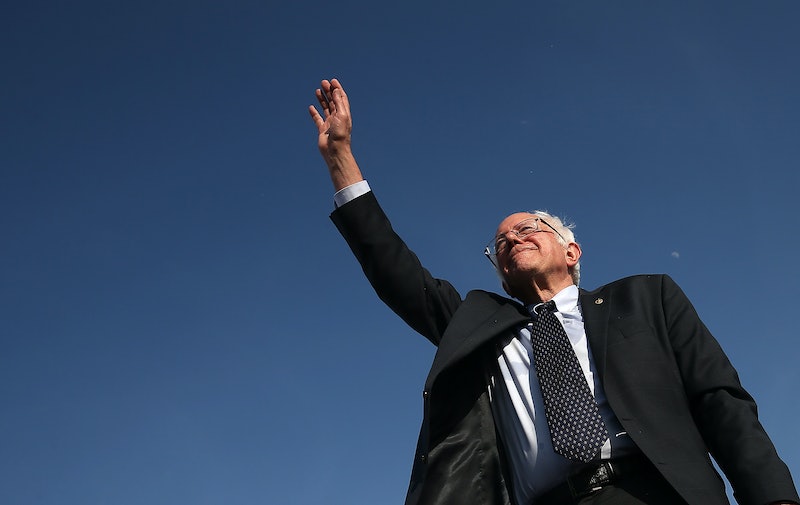 In a recent NPR profile of the popular Democratic presidential candidate, Bernie Sanders' friend says he thinks the hardest part of the being on the campaign trail for Sanders will be spending so much time away from his home. So where does Bernie Sanders live? Though he was born and grew up in Brooklyn, Sanders has made Vermont his home since graduating from college. From 1981 to 1989, he was the mayor of Burlington, Vermont, the state's largest city with a population of about 40,000 people. Burlington is a beautiful part of New England, sitting on the shore of Lake Champlain between the Adirondacks and Green Mountains. Burlingtonians, as the people of Sanders' hometown are known, have a reputation for being progressive, slightly crunchy and independent-minded. Sanders, after all, is the longest-serving Independent in Congress, thanks to the people of Vermont.

So how visible will the influence of Burlington and Vermont be in Sanders' campaign? While Burlington may be more left-leaning, the rest of Vermont is fairly conservative. Yet despite ideological differences, Vermont voters have kept reelecting Sanders since 1991. It's probably a good sign that Sanders will be able to bridge the gap with voters who might not agree with him on every issue. It's interesting to look at the things that make Vermont, and Burlington unique and see how those aspects have influenced Sanders and his policies so far. Even ice cream plays a role (no joke) in what we might expect from a President Sanders.

It Snows In Vermont — A Lot

One of the best-known tales about Bernie Sanders when he was mayor of Burlington is that he rode snow plows himself to make sure streets were cleared after snowstorms. "He takes his responsibilities very seriously," his wife, Jane O'Meara Sanders, told NPR. That attention to detail and to the needs of his constituents is part of Sanders' appeal, Vermonters say. It's likely also part of his appeal to potential voters who are just getting to know him: He cares and will work hard for them.

Burlington Is The Birthplace Of Ben & Jerry's Ice Cream (YAAASSS)

In 1978, Ben Cohen and Jerry Greenfield started what would become an ice cream empire with their first shop: a renovated gas station in Burlington. Since Day 1, the company has been known for being socially and environmentally conscious, which includes helping dairy farmers with sustainable practices, reducing the use of genetically-modified products, and sourcing ingredients from fair trade suppliers. The company's values are very much in line with their fellow Vermonters. PLUS they make ah-mazing ice cream. Sanders, too, has become well-known for his socially conscious platform on everything from women's rights to gay marriage.

Burlington Is A Quintessential College Town

It may be surprising to see how many people are turning out at Sanders' campaign events, but it makes sense that he's able to engage with college students. Burlington is home to the University of Vermont, which is the city's largest employer, and which informs much of the city's image and personality, regularly appearing at the top of "Best College Towns" lists. In May, Sanders introduced legislation called "College for All" that would get rid of tuition at public colleges and universities.

While he may not have been born in Vermont, Sanders has been shaped by his time living in the Green Mountain State. It remains to be seen whether these values will resonate with voters across the country. So far, people seem interested in the message.