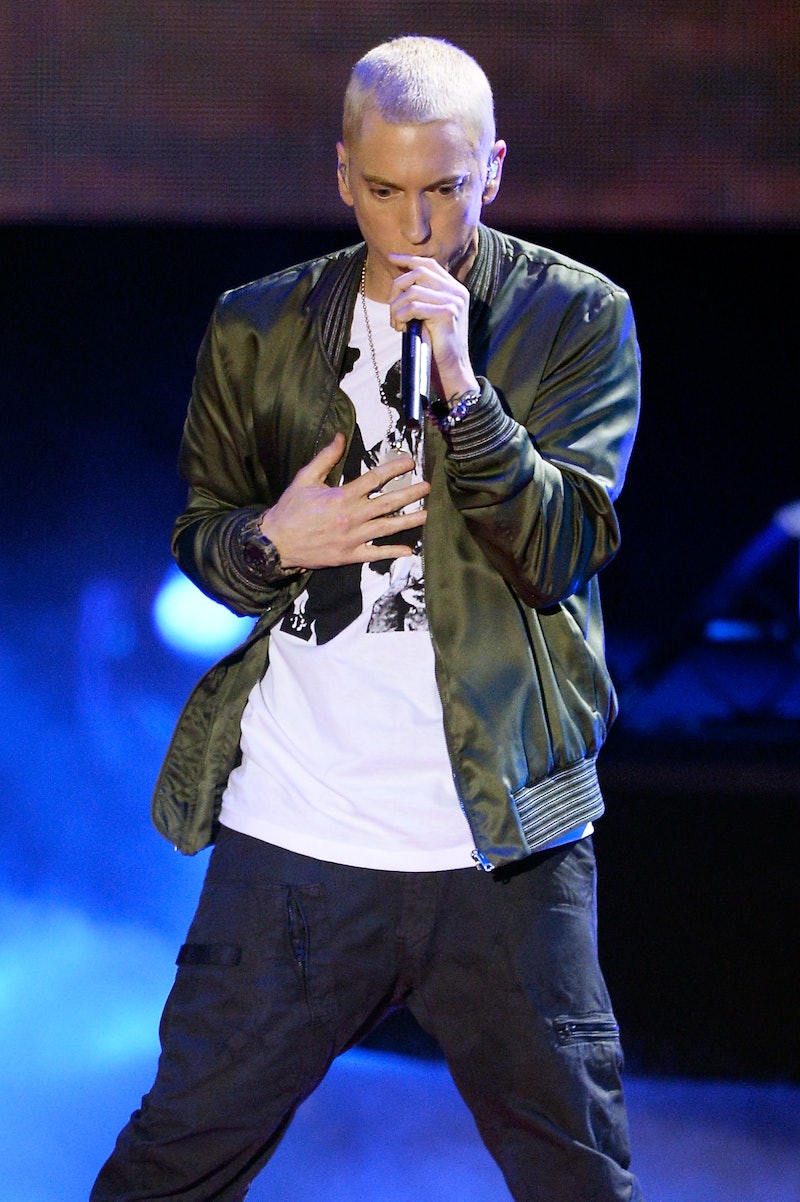 From Rihanna to Sia to 50 Cent, Eminem's list of collaborators is pretty extensive. However, the rapper just added another star to the mix. Eminem and Gwen Stefani teamed up for "Kings Never Die," a song for the new movie Southpaw, starring Jake Gyllenhaal.

What exactly does a Stefani-Eminem collaboration sound like? Surprisingly, it's not the tongue-in-cheek pop sound we expect from the No Doubt singer, nor does it highlight the melodies often present in Eminem's music. Instead, we're treated to a more hard rock sound that suits the intensity of Southpaw .

Both Stefani and Eminem bring it, lyric-wise. The anthemic track celebrates immortality through achievement, something both musicians earned with successful careers. From her opening hook, Stefani sends the message home, singing, "Here to stay / Even when I'm gone / When I close my eyes / Through the passage of time / Kings never die."

For his part, the rapper's verses feature the rapid-fire lyrics and clever rhyme schemes for which he is known. There's a sense of urgency as he talks about his career. The words can easily translate to the plot of the movie, which sees Gyllenhaal's character fighting to keep his life from falling apart. "Don't give me that sob story liar, don't preach to the choir / You ain't ever have to reach in the fire to dig deep / Nobody ever handed me sh*t in life, not even a flyer," Eminem raps.

The Southpaw soundtrack will be released on Eminem's own Shady Records. He has another track on the project, titled "Phenomenal." The soundtrack also features music from The Weeknd, 50 Cent, Action Bronson and the late James Horner. You can listen to "Kings Never Die" featuring Gwen Stefani below, or catch Southpaw when it hits theaters on July 24.