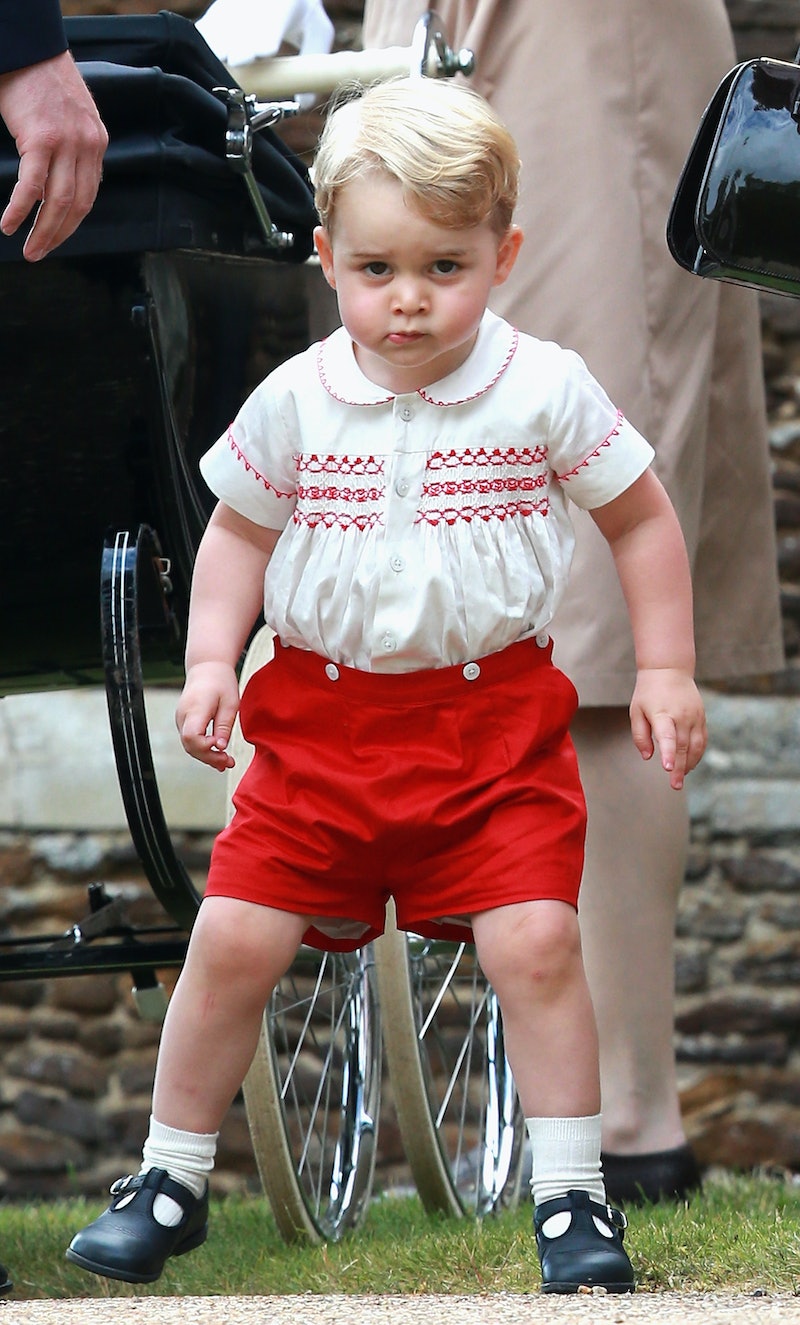 Do you know what I love about kids? How they are totally nuts and unpredictable. OK, that is actually what I hate about kids, but, when it comes to people who are trying super hard to appear like the most perfect family ever, nothing makes me happier than a sour-faced toddler ruining their entire parade. This, dear readers, is why I love the royal babies more than anything in the world. We all know Prince George and Princess Charlotte already run the world, the same way they run their parents' lives and ruin their parents' photo-ops. Not that I am rooting for the royal family takedown at the hands of a bunch of unruly toddlers. The opposite is true. As a royal fan, I want to buy into all of perfectly coiffed post-birth hair. Because, really, I love it all so much. But, at the same time I am a realist, and that side of me is never delighted more than when Prince George scowls in the middle of his parents perfectly posing for the cameras.

Because the royals need a little lightening up, don’t you think? There’s far too much pomp and circumstance surrounding them for their own good, no matter how down to earth letting Kate Middleton in may have made them all look. Those royal babies not only up the cute factor of the royal family a bajillion percent, but they also show them as totally human. For every tantrum that George throws, for every photo opp that Charlotte ruins, the royal family takes one step closer to being people that we can relate to and totally feel for.

So let’s take a look at all of the reasons why George and Charlotte make the royal family better than they ever were without them.

1. They React the Way Their Parents Probably Want To

You know Will and Kate probably didn’t want to walk in front of thousands of people before going into Charlotte’s christening either, but, unlike the Duke and Duchess who kept their cool and their smiles going strong, George reportedly melted down and refused to take another step forward. God bless that kid for being honest.

Anyone who has ever been around a baby knows that Charlotte’s pink palor in her newborn photos meant one thing: she had most likely been crying, like, two seconds before her picture was taken. Even though the royal family may appear to always be perfectly put together, Charlotte’s pink cheeks prove that life is tough for everyone, even Kate Middleton.

Seriously. Those royals were in need of a little plumping up. And all of that royal baby cheek just makes me want to squeal.

4. They’re A Cause for More Celebration

Births, christenings, first flyovers on the balcony, first days of school, graduations, MORE WEDDINGS. These babies give me even more reason to call in sick to work and plan elaborate afternoon tea services for myself. Every time they make an appearance, it’s a national holiday as far as I’m concerned, and I’m not complaining about that at all.

5. They Revive All of the Royals’ Best Baby Fashion Moments

Those hand-me-downs that George wears to all of the family events are ADORABLE.

6. They Are a Constant Way of Celebrating History

Every picture of every appearance they make is paired up with a picture of their parents or uncles or grandfathers doing the exact same thing. It’s like a constant time capsule ever since they came around.

7. They Do What They Want

Oh, what? You want a picture of me peeking sweetly out at the crowd, knee socks properly pulled up and hair perfectly brushed to the side? TONGUE FOR YOU.

Keep that sweet innocence, babies. And keep giving us royal fans a taste of what we really want: a glimpse of what life is like behind all of the glitz and glamour of the royal façade. I love you all the more for it.