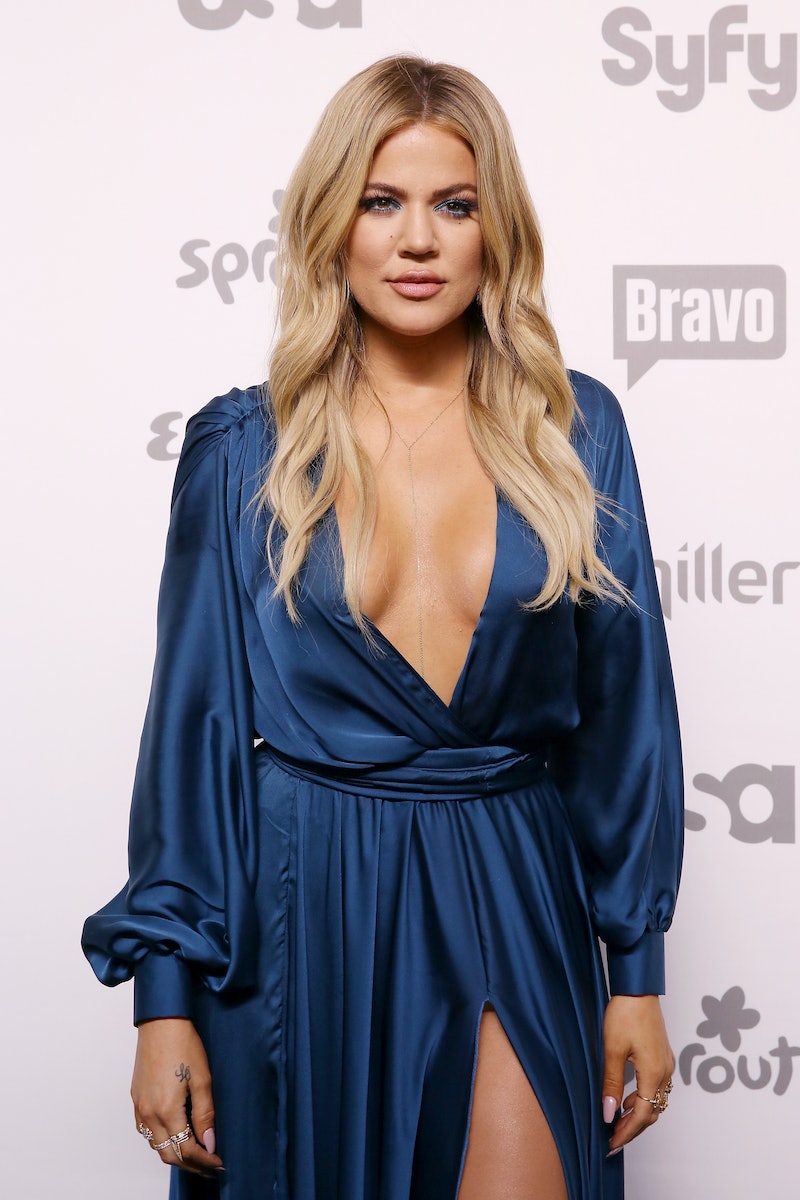 It looks like Khloe Kardashian might have a new NBA man in her life. Based photos shared by TMZ, Khloe Kardashian and James Harden are dating — or so everyone assumes, since the two spent the Fourth of July weekend together in Las Vegas. People reports Kardashian and Harden, an NBA player for the Houston Rockets, were joined in Sin City by Kardashian's friend Malika Haqq, musician Jermaine Dupri, and former NBA star Rick Fox, who was also once rumored to be dating the Keeping Up With the Kardashians starlet.

Apparently, Kardashian and Harden have been linked for the past month, but nothing has been confirmed or denied. People claims the reported coupled weren't "openly affectionate" over the holiday weekend, but were spotted getting somewhat cozy, like when Kardashian sat on Harden's lap.

Ever since the reality star and Lamar Odom separated in 2013 (the two have yet to finalize the divorce), Kardashian has been linked to several men in the tabloids, and dated rapper French Montana on and off for nearly a year. No matter who she steps out with, it seems like everyone assumes the 31-year-old is dating, in a serious relationship, or in love. Now, the same is being said for Kardashian and Harden, who appear to just be hanging out and having fun.

If the two are dating, let's just hope Harden can handle all the paparazzi and kraziness of the Kardashians.