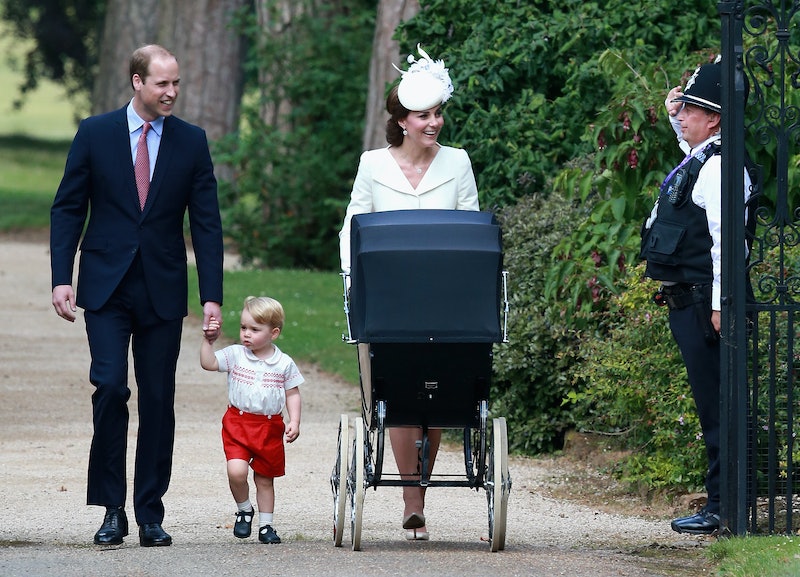 When I was a child, I read fairytales by the hundreds. My childhood bedroom is literally littered with the detritus of fairies, princesses, and the spunky feminist counterparts to the more traditional fairies and princesses my mom started sneaking into my collection as early as possible. At one point, when I was throwing pennies into fountains, I was wishing that all my freckles would blend together, forming the perfect complexion all princesses seemed blessed with (you can see why those feminist counterparts were pretty vital). So, although as an adult I've really been trying to wean myself away from celebrity gossip sites (I've been told this particular vice is not my most endearing guilty pleasure), I just can't help it; I'm mad for the modern fairytale that is the story of Will and Kate — and I know I'm not the only one.

In the years since Princess Diana's tragic death, royal watchers haven't had much to get excited about, but with the marriage of Kate Middleton to her very own prince charming, everything changed. These days, we not only have a glamorous princess (ok, technically she's a Duchess, but let's not get bogged down in the details), we also have two bouncing royal babies to conjure up new interest in the crown. Unfortunately, England's royal family doesn't share quite as much of themselves as those of us raised on Keeping up With the Kardashians have come to expect.

So, if you're hungry for more after the christening of Princess Charlotte, why not stoke your royal fever with these nine books.

Kate: The Making of a Princess by Claudia Joseph

Can you ever really have enough Kate Middleton? If your answer to that question is no (and if it's not — send me your book list), you need to make Claudia Joseph's Kate: The Making of a Princess your very next beach book. Joseph has been working up an unofficial biography of everyone's favorite former-commoner since before she was a part of the royal family, and the love story that emerges in this particular volume is enough to summon tears of joy even while you're poolside in paradise.

Although Marie Antoinette wasn't technically a member of the British royal family, I like to think the long history of plotting, scheming, and all-out warfare between the two nations are enough to earn the French royal an honorary spot on any reading list commemorating the modern day English monarchy. Besides, no list of history's greatest princesses would ever be complete without the bride with style to rival the simple elegance of the Duchess of Cambridge. So while you're waiting for your next Middleton fashion fix, go behind the scenes at Versailles and lounge in the lap of luxury with the one and only Marie Antoinette.

Britain's royal history has enough juicy intrigue and scandalous romance to tempt even the most contemporary royal watcher to take a brief detour back in time. For a royal story you won't soon forget (not to mention some very real insights into the origins of the modern royal family), you can't do better than Hilary Mantel's award-winning Wolf Hall.

Not In Front Of The Corgis by Brian Hoey

If you like your royal gossip steaming hot and straight from the source, you won't want to miss Brian Hoey's Not in Front of the Corgis. With years of experience reporting on the royal family and to-die-for sources deep within the establishment at Buckingham Palace, Hoey will bring you as close to the Windsor family as you could ever hope to get, unless you're willing to devote your life to polo and move across the pond.

Sometimes a little touch of fantasy is the very best way to celebrate a monarchy, and Gregory Maguire's Mirror Mirror is the perfect fairy tale for the modern royal watcher. Sharp, surprising, and steeped in the tradition of "once upon a time," Mirror Mirror should take your mind off the Daily Mirror until little Princess Charlotte has another delightful photo shoot.

The Forever Queen by Helen Hollick

Whatever popular culture may have lead you to believe, the French certainly didn't have a lock on child brides of the royal persuasion. With The Forever Queen, Helen Hollick brings to life the breathtaking story of one of England's early queens in a tale of love, murder, and vikings sure to stir the hearts of any true royal watcher. Like Game of Thrones meets Cinderella, the story of Emma of Normandy is the perfect blend historical blend of tough as nails and sweet as sugar.

The Royals by Kitty Kelley

Kitty Kelley has unearthed the dark secrets of Hollywood's most infamous celebrities, from Oprah Winfrey to Frank Sinatra, Nancy Reagan to Jackie Onassis, and now she's set her sights on the royal family. If you're looking for the truth, the whole truth, and nothing but the truth (maybe), look no further than The Royals.

Throughout centuries of history, England has produced her fair share of princesses, none more fascinating or elusive than Catherine of Aragon. Granted, she's no Duchess of Cambridge, but in Philippa Gregory's capable hands, the story of King Henry VIII's infamous first wife is quite simply not to be missed.

William and Harry: Behind the Palace Walls by Katie Nicholl

With all the fuss and fanfare surrounding the latest additions to the royal family, let's not forget that two dashing young brothers have been captivating us for years with a pair of devilish grins and a serious amount of do-gooding. Whether or not you had the royal pair on a poster in your childhood bedroom (and I want to be very clear — I'm not admitting anything on that score), you'll love every minute you get to spend Behind the Palace Walls with Will and Harry.