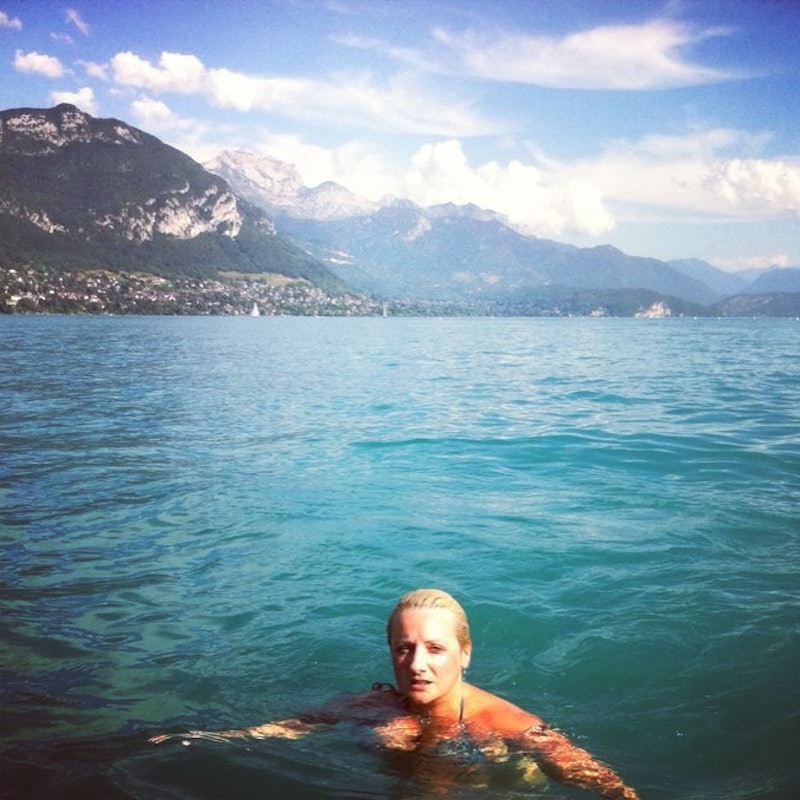 This is not a love letter.

My friend Natalie once told me that what we had doesn’t count. I first kissed you on February 29th, 2008. It was a leap year. When we finally said adieu it was February 2012. I never did the math until Natalie pointed out the obvious I should have known: “You were trapped within two leap years; four years that don’t count.” However, for me, it counted far too much.

But it was not the same for you.

I don’t know what I was to you. I will probably never know. Everyone who knew us thought of us as a duo, a couple, a twosome that couldn’t be separated. We were attached at the hip, as someone from an older generation might say, and in you, I put far too much stock. Holidays together at my parents’ house made it seem more real than it was, but now I know better. You didn’t love me how I loved you; you were incapable of it. I was someone with whom you were just killing time as you waited for something else, someone better.

I was never your girlfriend. You told me that all the time so I couldn't forget. I was the woman with whom you had fun, saw concerts, took to dinner, took to brunch, took to snacks in between; I was the first person you called, and yet I was the last to know. I was blinded; I had heard love did that, but this was my first introduction to it.

The first time I left New York City it was because of you. I went to Colorado for two months. When I returned, knowing that I’d have to live in this city without you, I ran to Paris, a city I’d never been. I had decided it was better to run away alone than walk the streets without you; the streets of New York City were riddled with memories of you. But upon my return, you came back to me.

This was our pattern.

You broke me, so I ran like hell to escape you. I went to San Francisco, I went to Paris, I went to Barcelona, I went to Florence, I went to Brussels, I went to Amsterdam, I went to Iceland; I went anywhere I could afford just to avoid you. But again and again you came back. And like I fool, I allowed you back into my life. You see, I had no choice; I needed you.

I lost friends because of you; friends who couldn't deal. And who could blame them? You brought out the best in me, but when you brought out the worst, it was a worst that now, almost two years later, I can’t even recognize as ever having been part of my personality. There are only so many times your friends and family can pick up the pieces of something so doomed.

You not only broke my heart — you broke my spirit. You broke my faith in love. You wrecked havoc on my self worth; you emotionally and mentally abused me in ways you’ll never understand. You destroyed me. However, in the words of Ernest Hemingway, “A man can be destroyed, but not defeated.”

I’m here to tell you that I’m not defeated.

In one of my ventures abroad I met the man I’m going to marry in the spring. It was hard at first to love him how I loved you. I was still healing, still putting the pieces of my life back together, but he was patient and he understood. I am, for the most part, almost entirely myself again.

So the point of all this?

Once upon a time I believed I was a better person for having loved you, but now I know different. It was in losing you that I became not just better, but the best person I can be. Yes, you wrecked me, but after the heartbreak, I came out the other side. I came out not only intact, but more whole than I was. I flourished in the aftermath.

I want you to know that I will always love you. I also, over time, have learned to forgive you. I get it now. You never loved me how I loved you, and you can’t be faulted for that. Shit happens, I guess.

But, like I said, this isn’t a love letter; this is a thank you letter. So, thank you. It was a rocky four years, and far too many times I hated myself for loving you, but you were necessary. If it hadn’t been for you, I wouldn’t be where I am today. I needed you to get here, and for that I’ll always be grateful.

More like this
The 19 Best Tweets & Memes About Bisexual Awareness Week
By Lexi Inks
10 Ways To Be More Empathetic To Your Partner
By Raven Ishak and Lexi Inks
How To Politely Reject Someone Who Keeps Asking You Out
By Laken Howard and Lexi Inks
21 Signs You're Not In Love Anymore
By Sara Altschule, Kathleen Ferraro and Carolyn Steber
Get Even More From Bustle — Sign Up For The Newsletter