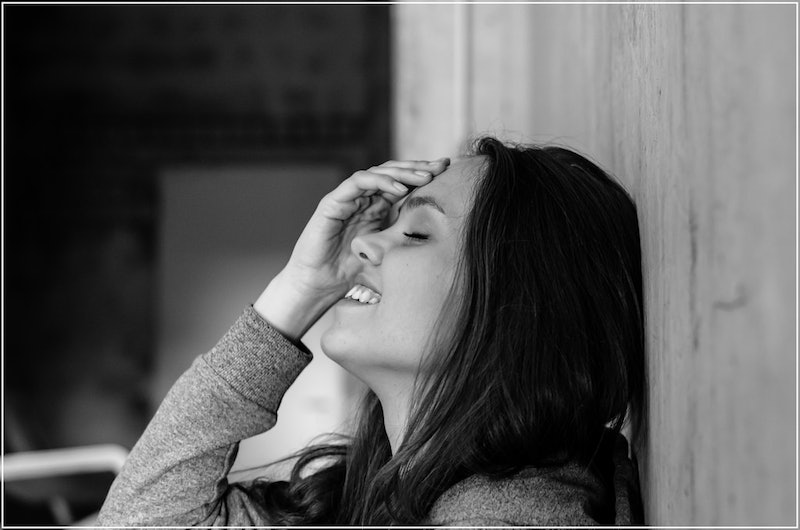 For lots of women, confidence is hard to come by. There are literally hundreds of books out there promising to improve our self-esteem, with tricks that'll supposedly make you feel more confident in minutes. Which is why I find it so infuriating when someone tries to punish me for actually feeling good about myself. As women, we’re given a mixed message: We're told we should love ourselves more — but not too much, or we’ll come across as rude, self-centered, and egotistical. Which is ridiculous!

To this day, some of the most incredible women I know struggle with their self-worth because they were discouraged from feeling confident about themselves and their choices in life. I grew up in Canada, and although most of the stereotypes about the country aren’t true, the idea of the humble and meek Canadian unfortunately is. Being confident or talking about personal accomplishments in public was often discouraged, and although I was fortunate enough to have a family that supported my decisions and helped nurture my sense of pride and self-confidence, some of my closest friends didn’t.

So the next time someone tries to make you feel bad about yourself, or tries to knock you down a peg with one of these 11 sentences, feel free to ignore them and continue to feel great about being a strong, confident woman. Because you really do rock.

It seems like people are quick to confuse confidence with arrogance. Just because someone’s proud of who they are, or happens to be self-assured, doesn’t mean they’re obsessed with themselves. It means that they believe in their actions and words, and there’s nothing wrong with that.

First of all, people are attracted to confidence. Second of all, any guy or girl so unsure of themselves that they're threatened by someone else’s confidence is probably not worth dating anyway.

Sure, that might be the case … or maybe the idea of an unapologetic woman who speaks up is just jarring to you. In a culture used to hushing women, it can be easy to mix up “being loud” with “having a voice.” While there’s a bit of a learning curve when it comes to treating women like people, we’re sure you’ll get the hang of it soon.

4. “You’re just compensating for something.”

When you assume someone’s confidence is a means of making up for their perceived shortcomings, it says more about you and your insecurities. Just because one person lacks self-confidence doesn’t mean everyone does.

5. “You think you’re better than everyone else.”

That’s not entirely wrong — we do think we’re better than people who make these kinds of offensive assumptions. Truly confident women consider themselves to be equal, not superior, to their peers. Remember that confidence doesn’t mean you're conceited.

Just because you fake some things doesn’t mean the rest of us do.

7. “What could you possibly be proud of?”

Lots of things. Academic achievements, my great job, amazing friends, a loving family, an outstanding personality, accomplishing personal goals … the list goes on and on. Everyone has something to be proud of, regardless of what anyone says. You should never feel bad, or make someone feel bad, about relishing in their accomplishments.

Then it’s a good thing I’m not looking for approval. Much like prospective partners who are supposedly going to run away shrieking because of your confidence, friends who get mad at you for being happy with yourself aren’t worth having. Next!

If by “abrasive,” you mean “honest,” then yes. Having confidence in what you say can sometimes come across as rude or blunt, but that’s because confident women don’t feel a need to mince words. They mean what they say and avoid ending sentences like they’re questions.

Why? There’s really nothing worse than someone who pretends to be modest about something they know they do well. Not only does it make you sound pretentious, but people can tell you’re lying from a mile away. In the words of a PSA from the ‘90s, “nobody’s good at everything, but everybody's good at something.” So go ahead and be proud of yourself.

Women have been conditioned for hundreds of years to doubt themselves, to listen to other peoples' opinions above their own, and to believe that taking pride in themselves and their work is unnatural, or even shameful. So I guess you're right; it is unladylike to be confident, but I'm perfectly alright with redefining what "ladylike" means. Sorry, not sorry.