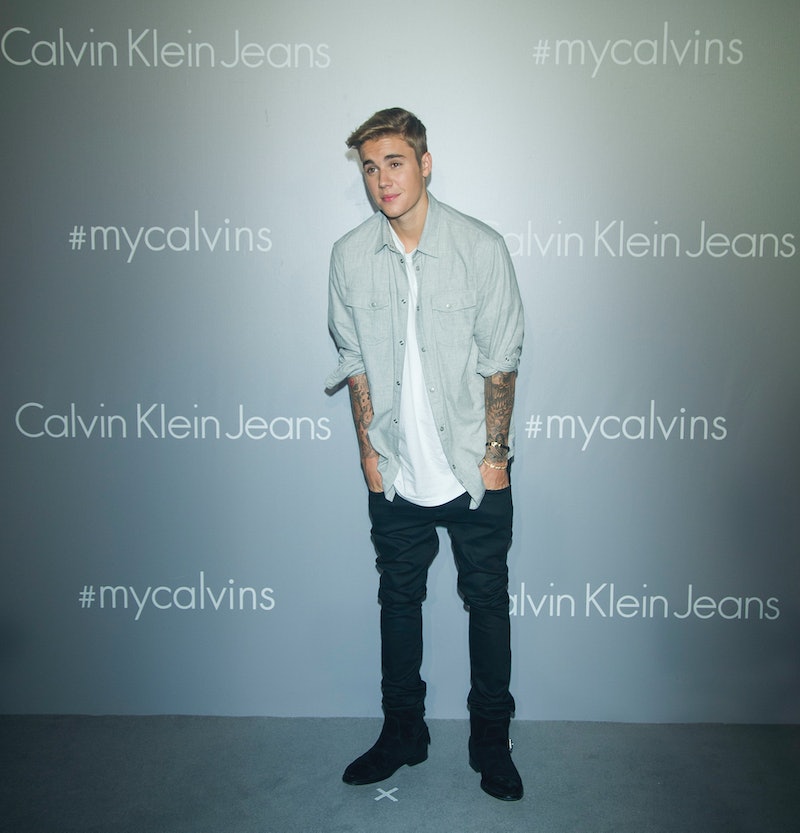 One day, epic poems will be written about my internalized struggle regarding one Justin Bieber. Until then, though, I suppose I'll just have to deal with my seriously disconcerting feelings on my own. On June 6, Justin Bieber posted a butt picture on Instagram — a picture, that despite its innately narcissistic caption ("Look") forces me to accept that his behind is actually, unfortunately, quite agreeable and not at all as off-putting as the rest of his persona. I still maintain that I am very much on the fence when it comes to all things Biebs, but I'd be remiss not to mention his latest... work of art.

(Update: Justin Bieber has since deleted the butt photo.)

I am definitely not the only person trying to reconcile their emotions. Dude has done some not so cool things in the past, and yes, he's "tried" to make amends for them. But, it doesn't really seem at all fair that he would be blessed with a decent behind. Shouldn't the world be more like Shallow Hal where your sins directly affect your attractiveness?

What I'm trying to say here is, that I, and many other disgruntled people on the Internet, did not want to admit that Biebs has a good butt. But, alas, he does. And, it appears that none of us could lie to ourselves about it any longer.

Here are the seven stages of accepting that Bieb's butt is... ugh, nice.

*Shields eyes* A naked butt! On MY Instagram feed?! It's deplorable! It's heinous! It's a scandal!

Bad boys shouldn't have good butts! It's against ALL morality codes! This is an absolute outrage! Who is responsible for this? Is there a manager I can speak to?!

*Sweats* *Cuts finger* *Dips quill in drawn blood* I, *Insert Name Here*, hereby declare, that on the *Insert Date of Realization Here* have officially recognized that Mr. Justin Drew Bieber possesses a commendable back side.

More like this
Justin & Hailey Bieber's Bond Is "Unbreakable" Amid His Ramsay Hunt Diagnosis
By Bustle Editors
Justin Bieber Says It’s “Getting Harder To Eat” After His Facial Paralysis Reveal
By Brad Witter
Will Beyoncé Be At The BET Awards To Perform “Break My Soul” Or Attend The Show?
By Jake Viswanath
Twitter Has *A Lot* To Say About Justin Timberlake’s Beat Ya Feet Dance
By Sam Ramsden
Get Even More From Bustle — Sign Up For The Newsletter