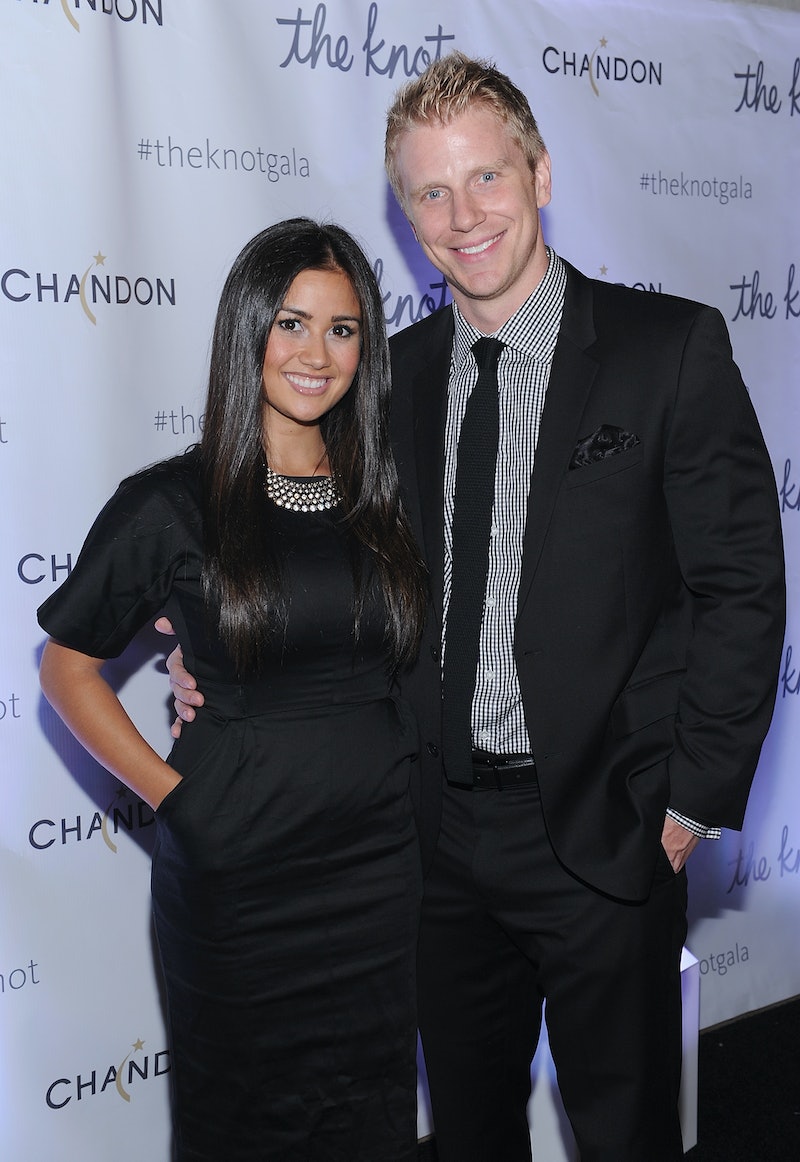 Sean Lowe was just about the most boring Bachelor ever. But thanks to the Bachelor's hilarious wedding invitation, he's no longer boring. While filming, the show's producers must have been thanking whatever God they believe in that Tierra "the Terrible" LiCausi and her weird eyebrow were there to spice things up, because the season was a total yawn. It's not really Lowe's fault that he's boring; he's just too nice to make for good TV. The producers tried to make things more interesting by showing him shirtless a lot and starting an "abs-olutely" campaign on their tumblr, but that just got old after awhile. (Although it was nice to see the male gender objectified in the show instead of just the bikini-clad contestants.) So I was totally rooting for him to pick Catherine Giudici as his fiancee because she was fun. Nothing against runner-up Lindsay Yenter, but I just liked Giudici more. She was a hip graphic designer from Seattle and had ombre hair before it started being really popular.So far the couple is going strong and defying odds, hoping to become the 4th Bachelor couple to get married and stay married. And it seems that Giudici's coolness-factor is rubbing off on nice-guy Lowe.

Arie Luyendyk Jr. who once vied for Emily Maynard's love alongside Lowe, posted a picture of the couple's wedding invite on Instagram. "Stoked to see the Tupac hologram. Can't wait to see you guys!" He captioned the pic.

But the Tupac hologram isn't the only funny business that's printed on the invitation. The card also requests that "Lovers, friends, family, and Jack Nicholson" please join the couple for their nuptials. The invite also boasts that it's the "wedding of the century." (Although, I kind of wish they'd labeled it 'the most dramatic wedding in Bachelor history' as per host Chris Harrison's favorite catchphrase.) The wedding will, according to the invitation, "take place on the twenty-sixth day of the first month of the two-thousand fourteenth year since we started counting time."

But the amusement doesn't stop there. OK! magazine revealed the front of the save-the-date card is just as interesting. Yes, the polar and panda bears riding the rose-laden bike are actually Lowe and Giudici.

So if I was glad when Lowe originally chose Giudici, I'm twice as happy now. She's really brought out the playful side of him, and I'm pleased that their "tomfoolery and ballyhoo" will be broadcast on ABC for me to see. He's come a long way from his boring Bachelor days, and I want to celebrate the wedding right alongside the cheerful couple.