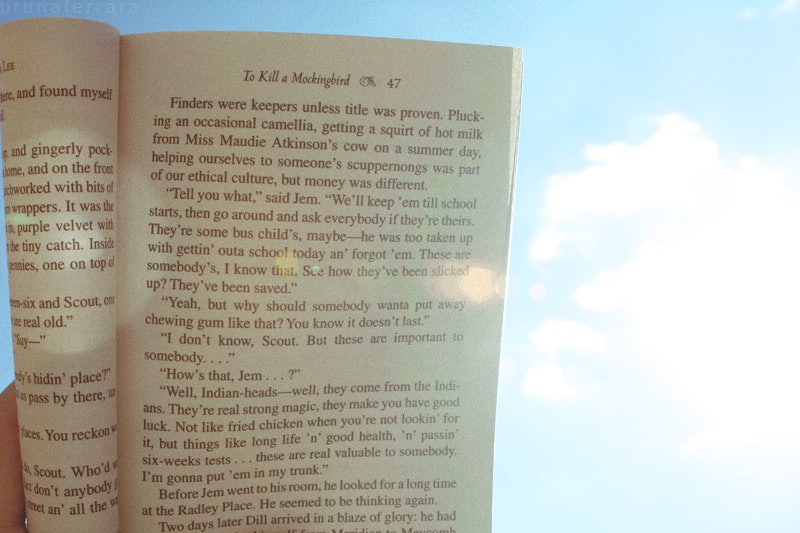 Can't wait another week for Harper Lee's second novel? You're in luck: The Wall Street Journal will publish chapter one of Go Set a Watchman online on Friday, July 10 — that's a full four days ahead of the book's official release on July 14. Impatient Brits are in luck, too: The Guardian will preview chapter one, as well. And to sweeten the deal, WSJ will also release the first chapter of the Go Set a Watchman audiobook, which is narrated by Reese Witherspoon. Everybody wins!

Go Set a Watchman is the sequel to Harper Lee's canonical 1960 novel To Kill a Mockingbird, though Lee actually wrote GSAW before she wrote TKAM. The novel — which is undoubtedly the most anticipated novel of July 2015 — follows heroine Scout Finch twenty years after the events in TKAM. Scout heads home to Maycomb, Alabama, in the thick of the civil rights movement, to pay a visit to her epic lawyer dad Atticus; no word yet on whether Scout's cheeky brother Jem or reclusive BFF Boo Radley will make appearances, too.

Although Harper Lee's second novel has been plagued by controversy — which has been compounded recently by the speculation that the manuscript was discovered years earlier than Lee's lawyer reported — that's not enough to drive Lee's many loyal fans away. Here's the real issue: will you be reading chapter one on WSJ or The Guardian? Decisions, decisions...