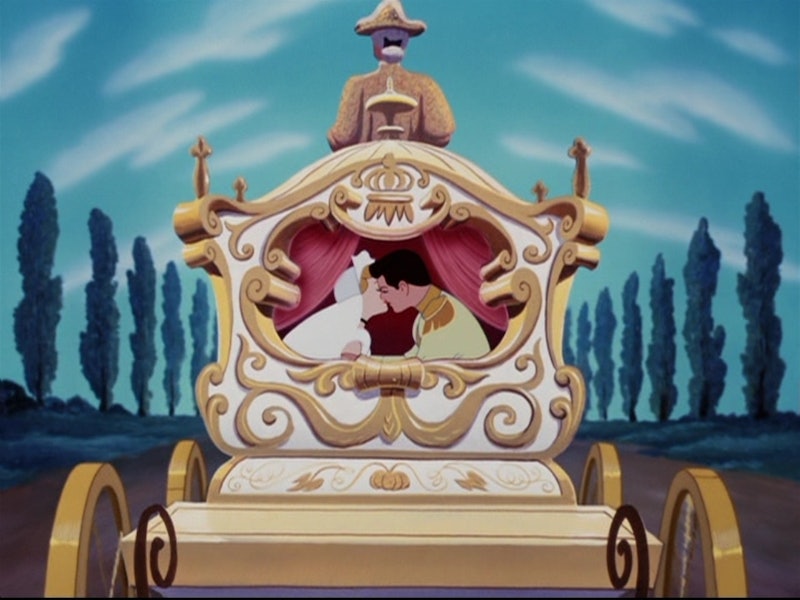 Having a name like Prince Charming sets some pretty high expectations for what kind of a fella someone is supposed to be. It would be like naming your kid Jack Fury, and giving him a dirt bike for his third birthday. There are just certain things everyone assumes based on the name alone. Prince Charming as we know him in the wonderful world of Disney is a royal hunk of handsome who loves ballroom dancing almost as much as he loves puttin' glass slippers on fine ladies... and now, Prince Charming is getting a live action movie. Well, sort of. The Hollywood Reporter stated that Disney is developing a live action film that will center on either Prince Charming, or on Prince Charming's brother, who has a hard time living up to the family name.

The script for the film was written by newcomer Matt Fogel, and, when the story was up for bid, Disney beat out all of its competitors... naturally. The film will be yet another installment of animated classics turned into live action magic for a new generation. Audiences ate up Malefecent, Cinderella was a smash, and the upcoming Beauty and the Beast starring Emma Watson is generating huge buzz. It's not just the kids who are eager to see these movies; it's all of the adults who grew up with these films, too.

Project Prince Charming (as I'm calling it) is still in its early phases, and there are conflicting reports as to whether or not the film will be about Prince Charming, his outcast brother, or if it will be about both of them. Since we don't know just yet who the story will focus on, here are a few picks for who could play either role.

Because no one in the world makes being a fumbling dork as endearing as Chris Pratt.

He grew up in the shadows of all the popular kids, and has now blossomed into his own man. Whether he's Prince Charming, or the black sheep, he's a total hero.

Teller has a knack for playing rebels, nerds, and artists. THESE ARE ALL THE THINGS THAT FAMILY OUTCASTS ARE MADE OF! But he's also one heck of a charmer.

It just makes sense, doesn't it?

He's got a Disney prince jawline without the Gaston-esque bravado.

Just shut up and take my money!

If he can't play Spidey, he could TOTALLY play Prince Charming... or his awkward sibling.

We all need more Dev Patel in our lives, and that is a scientific fact.

The singing and dancing is going to be crucial, so he's an obvious choice.

Whether the film will be all about Prince Charming, or his black sheep brother, it will be exciting to see where Disney takes this never-before seen story.