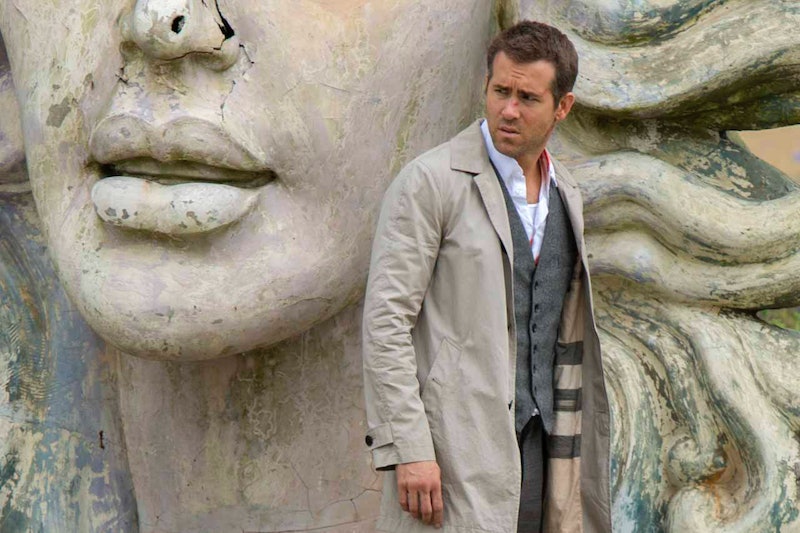 The new sci-fi thriller Self/Less envisions a not-too-distant future in which a wealthy man with a failing body (played by Sir Ben Kingsley) is able to prolong his life by transferring his consciousness onto the body of another person. The procedure is referred to in the movie as shedding, referring to the act of detaching from and discarding the old body in favor of a new one. But is shedding possible? The film raises many questions about the morality of such a procedure, especially when it's revealed that the new body's previous owner wasn't quite finished using it when Kingsley's character initiated the switch. The issue of whether shedding could actually occur, though, is one that Self/Less doesn't answer, even though it's one of the most interesting questions the film presents.

It's important to note that the procedure as it's shown in the movie refers to a transfer of consciousness, not a physical brain transplant (although some people say full brain transplants will be possible sooner than we think). Also, the concept of "consciousness" itself brings with it the debate of if/how the mind and brain are connected, or if they are entirely separate entities. Keeping this in mind (pun intended), let's look at some arguments to see just how plausible "shedding" really is.

Dr. Charles Higgins, a professor in neuroscience and engineering, believes that the transference of consciousness could realistically someday be a reality as both our understanding of the human brain and our technological capabilities grow. When asked about Self/less , Higgins explained to ComicBook.com how a procedure like shedding would be possible: "The mind, in my opinion, is an emerging phenomenon from the interaction of a bunch of neurons via other cells in the body, the brain. When we understand how that all works, we should be able to reproduce it in a computer and then transfer it to another body."

This argument is supported by the fact that we already know that memories are formed by certain networks of neurons firing together. To download a memory, we could track which neurons are activated when you're thinking about it. This information could be used to create a map of all the neurons in the brain and the connections between them. A computer could then use this map to send signals between neurons like a virtual brain, therefore recreating certain memories by stimulating the particular neural network associated with the memory.

To simplify: we just need to figure out what patterns of neural activity represent a given individual's consciousness, then we would put those patterns into a computer, and then we could have the computer transpose the pattern onto a blank brain filled with not-yet-programmed neurons.

Now, to look at the other side of the coin...

Position B: No, stop trying to make "shedding" happen. It's not going to happen.

Dr. Wolfgang Fink, professor and researcher, expressed doubt in the scientific plausibility of Self/less. He told Technabob that it would be very difficult to accurately copy a person's neural structure, nonetheless try to transplant it onto someone else's brain.

First off, our brains are physiologically very complex. Each of us has approximately one hundred billion neurons in our brain, and each neuron has about ten thousand connections. Since these connections form based on our individual experiences, every person's brain is a unique landscape of neural pathways. Trying to transfer the data from one brain to another would therefore be like trying to put on someone else's custom-made clothes: there's a good chance it's not going to turn out so well.

Furthermore, just because we can stimulate parts of the brain to recreate certain memories doesn't mean we're anywhere close to inventing a mechanism that can replicate a fully functioning brain. Your Apple Watch is one thing; a computer that can mimic the intricate patterns of an adult human brain is quite another.

Position C: I have no idea...I just came to stare at Ryan Reynolds

No argument needed to support this one.

Whatever stance you take on shedding, though, one thing's for sure: no one looks as good wearing someone else's consciousness than Ryan Reynolds.