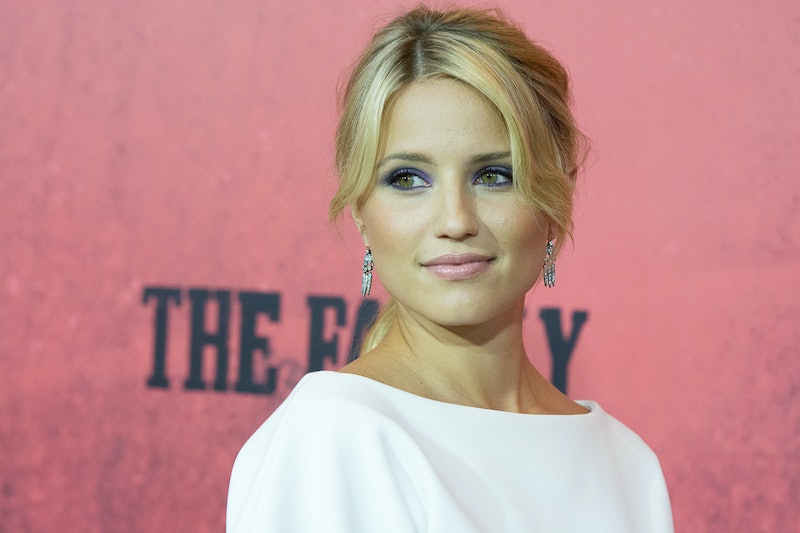 Rumors about the former Glee actress' dating life have spread before, but it looks like the latest one could be true. According to Us Magazine, Dianna Agron is dating Winston Marshall of Mumford & Sons fame. Just a few months ago, it was reported that Agron was hanging out with Nicholas Hoult — yep, Jennifer Lawrence's ex-boo — but while there were reports of canoodling, there was never any confirmation. As for her dating past, Argon was once in a relationship with fellow actor Alex Pettyfer.

After Fourth of July weekend, Agron and Marshall were spotted strolling hand in hand through Paris, where the actress was attending some fashion shows and Marshall was performing in a show with his band. She lives a tough life, doesn't she? Aside from being in Mumford & Sons, you might have heard Marshall's name when he was rumored to be hooking up with Katy Perry earlier this year. Between his band and his famous dates, he no doubt knows his way around the flashing lights.

Judging by the photos of the rumored new couple, they look like a match made in indie heaven — and not just because of their outfits. There are a few other reasons why, too!

They Are Both Musically Inclined

Obviously, Marshall knows how to play a banjo or two as the lead banjoist in Mumford & Sons, and Agron has a singing experience from playing Quinn Fabray on Glee and performing with musician friends in the past. Could a little collaboration be in their future? I can already see the dreamy album artwork.

They Both Lead Busy Lives

Being a working actress and touring with a really successful band, these two have probably already learned to deal with dating while on the road in other relationship, so hopefully this bodes well for them.

They Would Have A Kickass Friend Squad

Carey Mulligan is married to Mumford & Sons' lead singer Marcus Mumford, and apparently, Mulligan and Agron are pretty good friends! I have a feeling Mulligan might have done some matchmaking. Imagine all of the adorable dinner parties and campfires these two couples could have!

They Both Have Fabulous Hair

Look at that flowing mane on Winston. Nothing says "hot musician" more than a man-bun and unbuttoned collared shirt.

They Both Have Wanderlust

Agron told Glamour after she filmed a movie in France, "I would just take a backpack because it was warm at the beginning, just cram as many things as I could in a backpack and hop over to London, go to the south of France, go to Amsterdam even.” Marshall also enjoying traveling. During a break from Mumford & Sons, Marshall packed up and went to Brazil last summer for the World Cup.