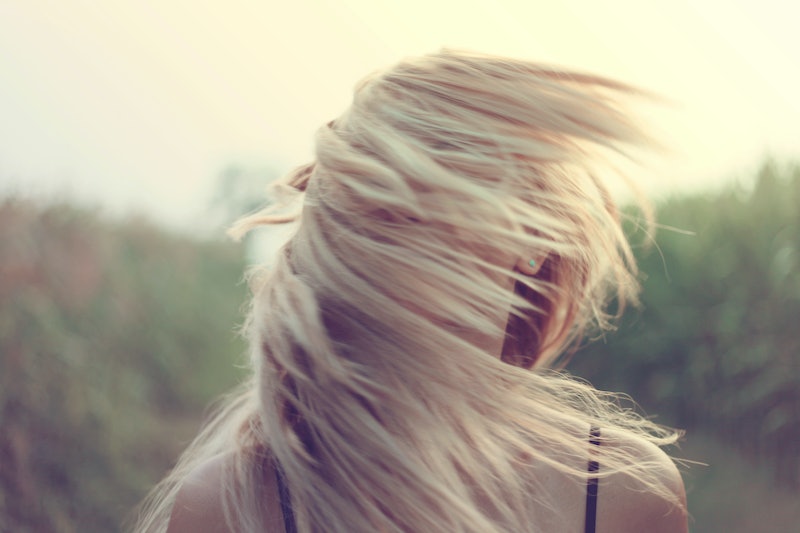 I have a problem. Well, several, if we're being honest — and that's part of it. I have suffered from compulsive honesty throughout my life. When someone asks my opinion or the floor seems to have room, I often erupt with brutal honesty before I know what's happening. At times, these eruptions can cause hurt feelings and lasting effects. That's why I'm currently acquainting myself with an idea: Not all dishonesty is bad. There are some lies you should never be afraid to tell.

For a long time, I had problems participating in smooth casual conversation, because my honesty would act like a giant snag. A grocery bagger once attempted a compliment, offering, "Wow! Tofu, huh? You must be super healthy." But I immediately shut it down with, "Not really. I prepare it by dumping buffalo sauce all over it. Also, I never run unless it's for my life." Unsurprisingly, the response was a silent one. Imagine this in a romantic or professional context. No one usually tried to backpedal from me, because I was clearly too far gone on the honesty thing, offering information no one asked for or particularly wanted with zeal.

I had a very hungover breakfast recently with my good friend who suffers from similar tendencies. At one point, she set aside her kombucha and looked up at me. "Know what I realized?" she said, "I'm allowed to have secrets." It's true and it's revolutionary. Consider these little white lies that enable your own functioning interaction with humanity:

Disagreements happen, and regardless of who you're arguing with — a needy partner, a negative neighbor, a power-hungry boss — this little phrase is highly effective in cutting conflict. You can figure out the details later, but this helps a ton in managing integrity when emotions flare up.

"I never even think about my ex anymore."

Exes come up, but not always in a wistful way. Not always in a vengeful, angry way, either. It's just a fact that spending any significant amount of time with someone romantically means they will occasionally make cameos in your brain until you die (hopefully not from all the cameos, which sounds potentially exhausting). However, this might be the exact ticket to grant a S.O. some mental peace. Let them have it. Would you really wanna know the truth of how often their exes make brain cameos, and in what capacity? Nope, no thanks.

If food looks or is definitely gross and you'd prefer to skip it, this is a good way to do so while sparing feelings.

When A Bad Idea starts texting you around drunk o'clock and you'd prefer not to engage in the shit-show shenanigans, this lie rules when told in the morning. At that time, when the sender is hopefully sober, they can be left to figure out how to proceed.

This one, however, shouldn't be more enthusiastic than necessary, and should be practiced sparingly. For example, if you're getting ready with a friend to go out and you can definitely see her thong through her skirt, say something. But if you meet up someone and y'all are already in public, default here. It's a classic white lie for a reason: It can be applied to outfits, haircuts, etc. This is the mother of all innocent lies, followed closely by ...

Meh. Gift cards are usually a better bet, but of course, when someone is thoughtful and generous enough to get you something, you can at least feign some gratitude.

It's sweet how people jump to identify with you by bashing whomever or whatever hurt you. Be it a breakup or a layoff, dismissing fault is a classy move. Even if you know exactly who is at fault — whether it's you or not — that doesn't need to become common knowledge.

Schedules fill up way too fast, and even if you maintain only a baseline pulse in your community's social scene, chances are that each night holds a billion options. It's simply impossible to hit up everything going on, especially if said events are geographically or socially far-flung from each other. This shows that you care — which you hopefully do — without point-blank stating, "I knew your thing was happening, but it just wasn't a priority." Which is kinda the truth, but doesn't "I meant to swing by!" sound so much better and less mean?

If not accompanied by laughter, even the recipient should know this is a polite lie, and take it as a sign to move on in the conversation. This one works because no one has a convincing fake laugh. No one. Not even you, Tay.

Often, this technically isn't even a lie. Plans can (and frankly should) totally involve hunkering down for a legendary bath or marathoning Felicity.

Related to the one above.

"I didn't mean to unfollow/unfriend you. Whoops!"

You ... probably did. I don't hear of spontaneous unfollowing/unfriending happening with much frequency, although my phone used to and sometimes still does delete phone numbers for unknown reasons. People curate their social media flippantly, and most often, it's not personal. Maybe someone was posting too many photos of artistic roadkill one day, or there was an hour-by-hour account of a wedding of people you don't know. Really, unfollow and unfriend whoever you want, but be prepared if someone decides to break an unspoken social rule and actually confront you about it.

"I appreciate your patience."

A service industry staple for when a patron starts to crumble. I know y'all feel me.

Another good customer service mainstay. Conversely, waiting on hold with Bank of America's helpline for 10 rounds of "Wind Beneath My Wings" might actually be a bit of a problem, but telling the possibly powerless 22-year-old on the other line about it when they finally pick up isn't going to change that.

"It was a tough decision."

Maybe it wasn't. Maybe your choice was crystal clear, but feelings are a nice thing to consider. No one wants to hear they clearly weren't the best bet for a position. No one wants to know you'd much rather do anything else than continue dating them. No one wants to think about how they're not a top candidate for something. This is just an easier way to imply worth and move on.

Your friend's plus one might be boring as hell and unashamed of their Dave Matthews Band wrist tattoo, but that's no excuse. Unless they're an actual terrible person (like, sporting Insane Clown Posse ankle ink) or your pal point-blank asks your opinion, chill on this white lie. Plus, there are so many garbage dating options out there that you should give your pal the benefit of the doubt that this one of one of the less garbagey ones available.

Ultimately, not everyone needs to know — or even cares — if you've had a bout of bad luck. Save the gory details for a close crew of confidants, not your grocery bagger or casual acquaintance.

Envy is one ugly emotion, and often it's best sorted solo. Dissect your brain and the cause of said jealously in private. No need to alert the masses and try to steal the spotlight from another person who probably deserves it.

This is good for self-guilt, mostly. In reality, you'll probably feel totally fine and 100 percent less sweaty if you don't hit the treadmill. But, you know, health or whatever.

"I don't know what happened to that guac."

Except you do. It's chill, though. Just replace it quickly and your secret is safe. Ain't gonna hurt no one — in fact, all those avocados might help your hair look extra dope.