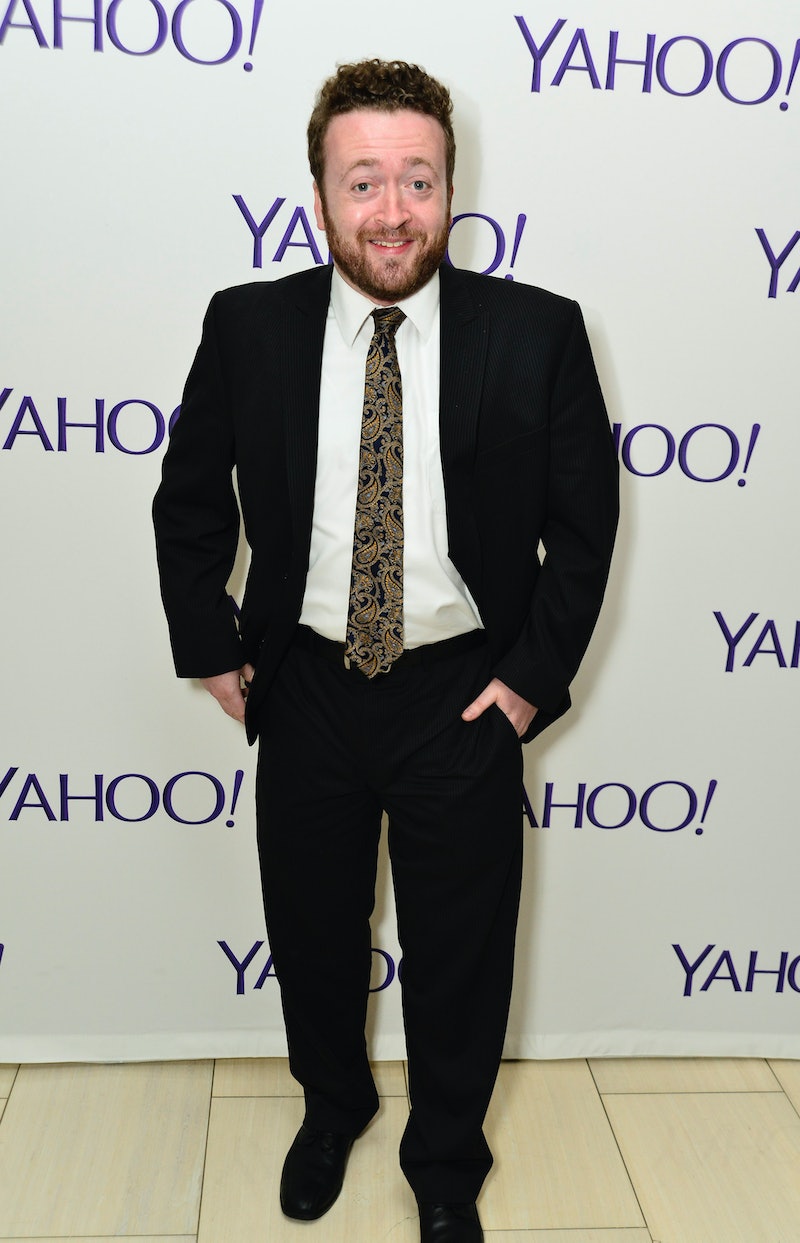 The all-female Ghostbusters reboot is shaping up to be an amazing film, and I can barely contain my excitement. It has just been announced that comedian Neil Casey has been cast in Ghostbusters 3 as Rowan, the villain of the film. This is especially fantastic news, considering the already incredible cast that Casey will be joining. Kristen Wiig, Kate McKinnon, Melissa McCarthy, and Leslie Jones are our Ghostbusters. Plus, the hunky Chris Hemsworth has taken a break from Asgard to play their receptionist. Though he's not super well-known yet, Casey has major comedic chops. He's written for and acted on Saturday Night Live, as have the majority of his costars. He has also had roles on Inside Amy Schumer, Veep, and Broad City. But who is Ghostbusters 3's Rowan, exactly?

Details about Rowan are very hush-hush at the moment, but what little we know makes it sound like he may be similar to Gozer, the villain from the first Ghostbusters. Gozer was an ultra-powerful demon who was able to take on other forms and gather worshipers, until the Ghostbusters banished him back to his evil realm. Since Rowan might be gathering other bad guys to do his bidding, hopefully we'll get to see more of Slimer and/or the Stay Puft Marshmallow Man.

Still, I'm hoping that Rowan has a witty side to him, especially since there is still plenty of time to make changes to the script. However, Gozer isn't the only former baddie we have to refer to in trying to figure out who Rowan will be. Deadline is also reporting that Casey looks similar to Dr. Janosz Poha, a not-so-bad villain from Ghostbusters II. In that film, Dr. Poha is only a secondary villain, easily manipulated by the more powerful evil forces at work. By the end of the film, the Ghostbusters were able to rehabilitate him, and it appears as though he returned to his normal life.

Though many Ghostbusters fans are disappointed that Bill Murray won't be returning to the franchise, Neil Casey's casting means we shouldn't be losing any laughs. Whether Rowan is more like Gozer or Dr. Poha, he will certainly be causing some trouble. We'll find out just who the ladies are up against when Ghostbusters 3 hits theaters on July 22, 2016.