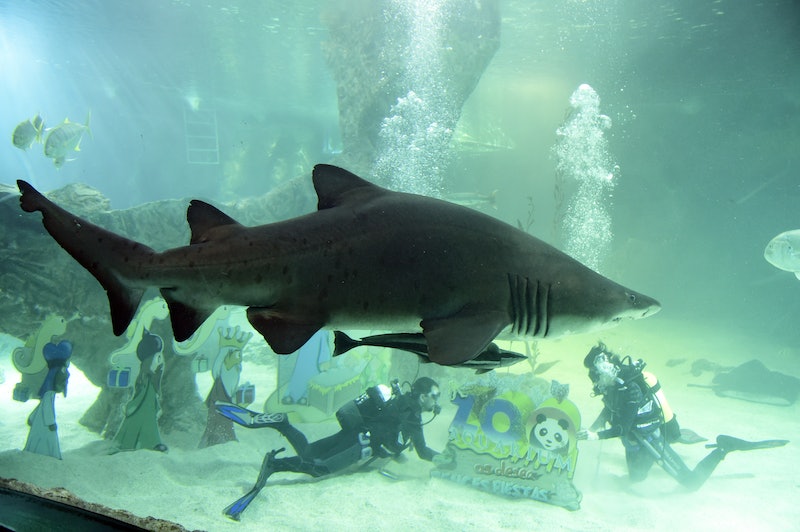 It's that time of year again, the time during which we get to honor our favorite ocean friends. Shark Week is upon us, and the Discovery Channel isn’t the only place where you can take the time to pay homage to the kings of the ocean. The Discovery Channel has an amazing line-up this year, including a special on Cuban sharks entitled, Tiburones: The Sharks of Cuba. It’s just one of the many programs that allows you to get up close and personal with sharks, without actually getting up close and personal. But if you still can't get enough of those predators of the sea, there are plenty of shark-inspired films available on Netflix.

If there's one thing that every fan can get out Shark Week, especially if they are planning a beach getaway in the near future, it is the facts from Shark Week, which can certainly help everyone stay as safe as possible. As a child, one of my favorite field trips was visiting the aquarium to gaze upon all of the stunning aquatic creatures and as an adult, Shark Week allows me to do that from the comfort of my own home.

For everything else, well. I have Netflix.

1. Sharks of the Mediterranean: A Vanishing Kingdom

This stunning documentary explores the absence of sharks in the Mediterranean sea, a body of water that once was home to a large number of the creatures. The film is pretty straightforward overall, but the picturesque diving scenes are what are going to keep you glued to the screen.

2. Search for the Great Sharks

If you were in elementary school during the '90s, chances are that you've already seen this mini-documentary. Search for the Great Sharks is a fantastic short film if you want to get some quick insight into sharks across the globe. Despite its short run time, the film moves from Australia to California to take a look at the mystical creatures.

Admittedly, this disaster film from 2013 is a bit absurd, especially when you consider how unrealistic the sharks look. However, sometimes a bit of cheesy fun is just what you want during Shark Week. If nothing else, Sharknado allows you to poke fun at the different characters for making terrible decisions.

If the first Sharknado film sucked you in, then I suggest Sharknado 2 as a a follow up. This time, the sharks have descended upon New York City, wreaking havoc on everything from the subway systems to the ecosystem. Seriously, the film is worth watching just to see sharks falling from the sky.

Sometimes sharks can be found on land. Though Swimming with Sharks lacks our favorite ocean creatures, it's a fantastic film about a young Hollywood executive who is desperate to break into the business. Most importantly, it's a chance to see Kevin Spacey while we wait for the next season of House of Cards.

This hilarious comedy is about two socially awkward people finding love. The dialogue is amazing, and the scenes will make you cringe, so Eagle Versus Shark is definitely worth the watch. Also, the main character Lily dresses like a shark, so, basically, you can live vicariously through her.

Image: Netflix/Sharks of the Mediterranean: A Vanishing Kingdom

More like this
What’s New On Netflix: A Victoria Justice Rom-Com & The Return Of David Letterman
By Arya Roshanian
What’s New On Netflix: 'Stranger Things' & 'Somebody Feed Phil' Return
By Arya Roshanian
Here’s Everything Coming To & Leaving Netflix In June
By Alyssa Lapid
A 'Bridgerton' Star Just Dropped A Major Hint About Joining The Live-Action Barbie Cast
By Bustle UK
Get Even More From Bustle — Sign Up For The Newsletter