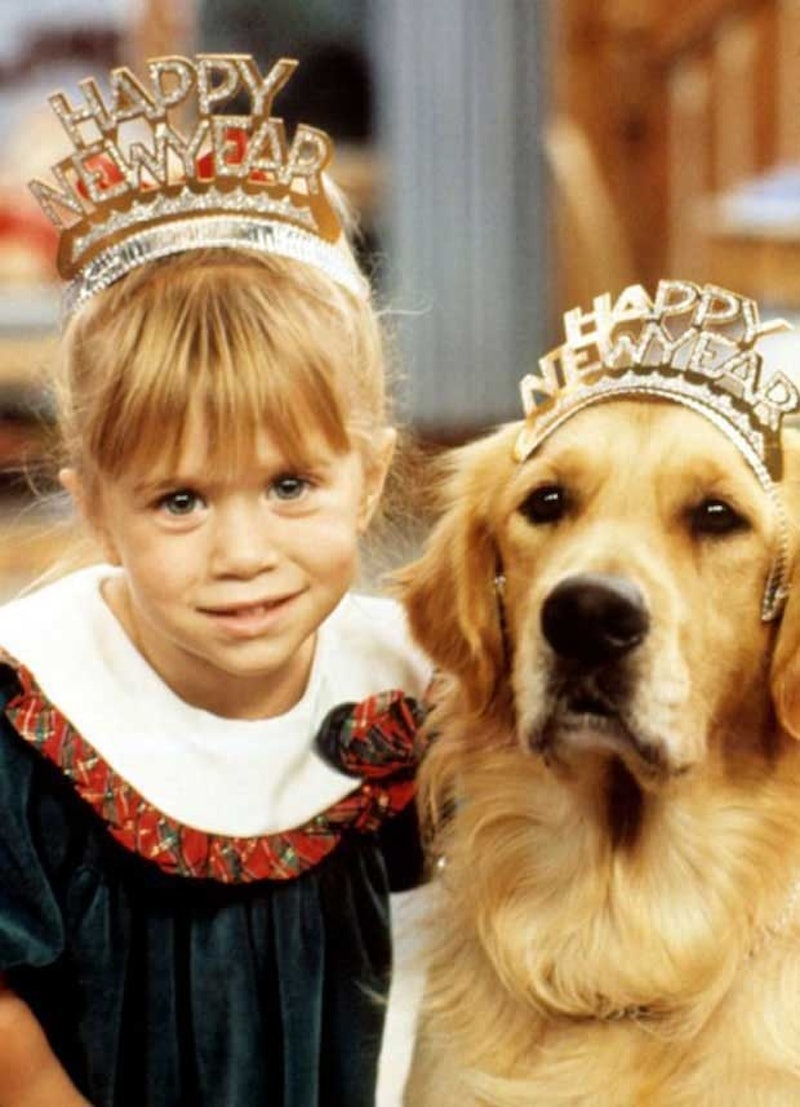 There have been many canine actors throughout the years whose performances have touched viewers' hearts forever. For instance: There was Moose, the Jack Russell Terrier who wowed critics everywhere as Eddie on Frasier. Then, of course, there was Terry, the Cairn Terrier who gave one of the most vulnerable and paw-nest performances ever recorded as Toto in The Wizard of Oz. Towering above the rest in stature and talent, however, is Buddy: the Golden Retriever who played Comet on Full House. Though Buddy was a noted over-actor (infamously chewing the scenery in every take), he really sunk his teeth into the role of Comet and it paid off. Buddy dug so deep into the character that Comet will easily go down as the smartest fictional dog ever to appear on screen.

Dog puns aside, Comet really wasn't your average TV dog: first and foremost, though he couldn't speak the language, he seemed to understand English remarkably well. Like, literally, every word — it's actually surprising how well he followed cues. Whenever humans asked him a question or tell him to do something, they used phrasing far more advanced that your usual dog commands. Instead of "sit" or "roll over," they would say things like, "Come help me pack this suitcase," and he would respond in kind. In fact, he's so intelligent that he's basically the fourth (albeit hairiest) Tanner child.

Here are seven times Comet proved he was the smartest dog in the world.

When They Threw Him A Birthday Party, And He Blew Out His Candle

How did you know to do that!? Are you a dog, or a man in a dog suit who's been secretly conning the Tanner Family for years?

When Danny Tanner Told Him To Drop The Hot Dogs, So He Dropped Them And Apologized

Seriously, where in San Francisco is the magical dog obedience school run by wizards that Comet apparently attended? This dog is more mature than most full grown adults.

Welp, that's not how most dogs court each other.

When Stephanie Asked His Opinion About Her New Glasses, And He Threw Shade

How rude! Look at how sad Stephanie looks, Comet.

When Michelle Read Him A Bedtime Story, And He Knew "The End" Meant It Was Time For Bed

I tried reading to my dog once when I was a toddler. When I went to sleep he ate the book and pooped Dr. Seuss drawings for a week. Comet wins.

When He Refused To Sit For Uncle Jesse, But Complied When Commanded By Michelle

When He Understood How A Suitcase Works

Do he and Michelle have some mystical mental connection that allows him to understand her every command? That's literally the only possible explanation, right?