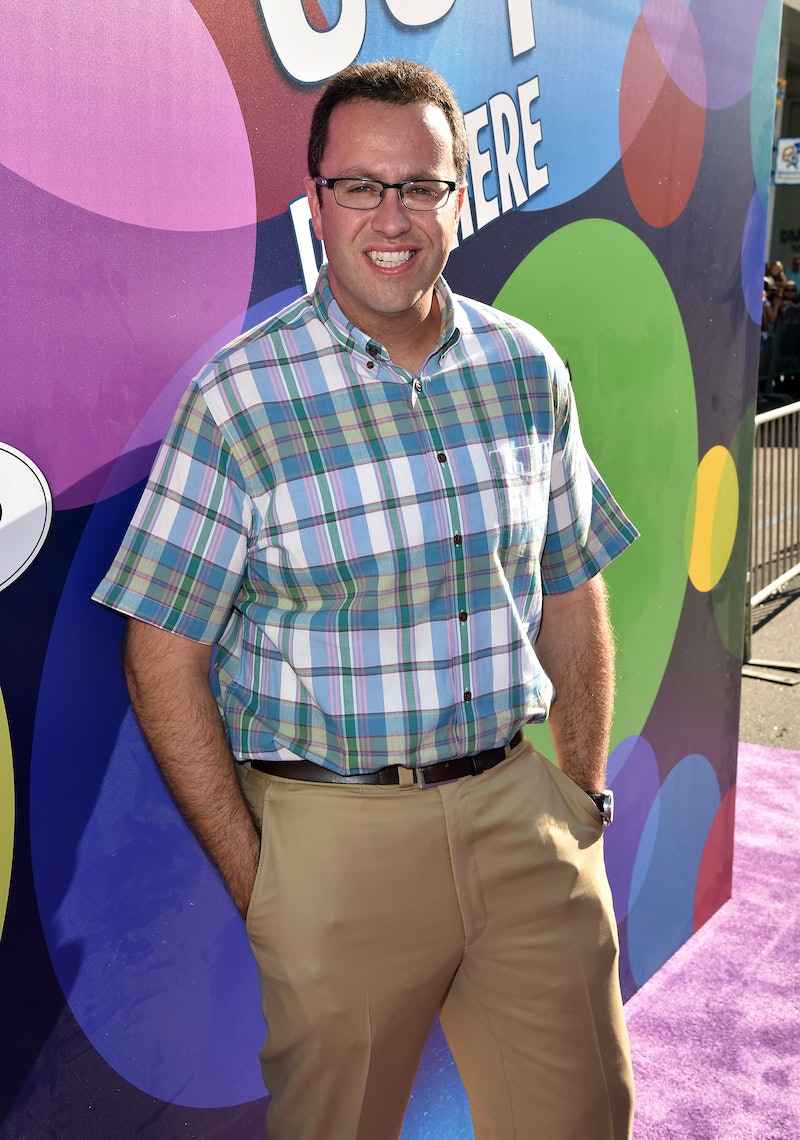 I think I speak for many people when I say that, on a regular week-by-week basis, I do not think about Jared Fogle. While he is very famous and has starred in tons upon tons of advertisements for Subway, he is not a celebrity in the sense that he dominates conversations we have about pop culture. But he has been around a very long time, and some of us might remember Jared's first commercials with Subway, when he became their spokesperson in 2000.

In the heat of the news of the FBI's raid on Fogle's home, questions are swirling about his involvement with the alleged purpose of the raid: child pornography. According to The Indianapolis Star, Fogle's attorney Ron Elberger has said that the charges associated with the raid are "unspecified." But Boston.com reported on Tuesday that the raid was in connection with the May arrest of the director of Fogle's charitable foundation, Russell Taylor. Taylor is currently facing seven counts of production of child pornography, and one count of possession of child pornography.

Jared has been a low-key part of our pop-culture subconscious since the early 2000s, when he first became a spokesman for Subway and started appearing in what would become a very long series of commercials for the company.

In fact, Jared's story and persona make up Subway's longest running commercial campaign. He first became a spokesman for Subway 15 years ago, after losing 245 pounds during his freshman year of college by partaking in the "Subway diet" (which Jared devised himself). Jared "the Subway guy" is certainly a very recognizable figure, and one whose weight loss story is very well known to many of us because of all of his commercials.

To illustrate just how long we have been aware of Jared, see if you can recall seeing one of his first commercials for Subway. Debuting on television in 2000, the camera follows Jared as he leaves his home, and walks briskly to Subway where he orders a sandwich to go. We also saw a pair of the later-to-become-famous "fat pants," the pants Jared wore before he lost weight on his Subway diet. "The Subway diet," which we had never heard about before, is described for us as the method Jared invented to lose weight: two Subway sandwiches (one for lunch and one for dinner) with "lots of walking," according to the commercial.

Do you remember that catchphrase: "It worked for Jared?" It was an advertising ear-worm for those of us who were watching TV in the early 2000s, as Jared only became more popular as he starred in hundreds of Subway commercials (over 300 Subway commercials as of 2013, according to USA Today). Now, 15 years since his first commercial and in the midst of a potential legal scandal, Jared has been "mutually separated" from Subway, which means it is possible we have seen the last of his appearances in Subway advertisements.