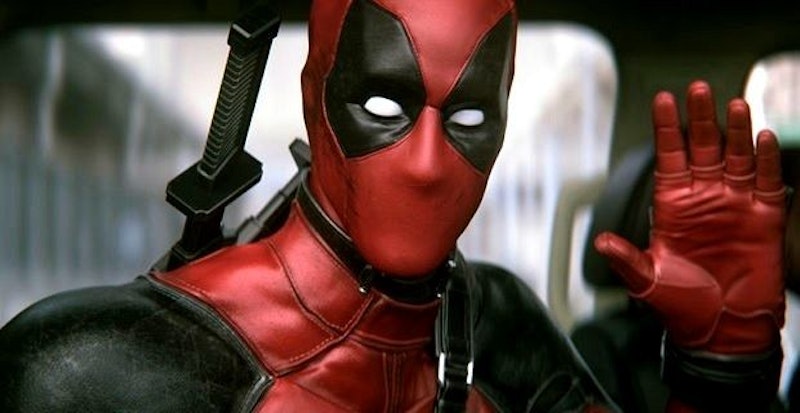 Well, action fans, it’s time to cover the mirrors and start wearing black, because we're officially in mourning: In an exclusive interview with The Huffington Post, Ryan Reynolds announced he's done with superhero movies after next year’s Deadpool. Specifically, Reynolds said that he has “no desire to play any other superhero after this.” Well gee, buddy. Don’t leave me any room to hope or anything.

Reynolds is basically a superhero film vet, and has had fans lining up for a number of other superhero flicks in the past including Green Lantern, X-Men Origins: Wolverine, and Blade: Trinity. His latest (and apparently last) superhero movie is Deadpool, in which he stars as a former Special Forces operative who is left with accelerated healing powers after an experiment gone wrong. At least the star allowed for the possibility of a Deadpool sequel: "Hopefully we'll get to do Deadpool again. Given the fact that it's rated R, the fans have to show their support for it, and they have to come out and make it worthwhile for the studio to make another one... but that's it for me. I've punched that superhero card a few times now, and that's enough." Aside from kicking ass and taking names in a number of recent action films, Reynolds has shown off some pretty impressive acting chops in movies like Buried and The Captive.

But, who cares about any of that when what this news really means is that I won’t be able to see Reynolds in spandex ever again? Because I’m honestly not sure I want to live in a world like that! Sure I can bide my time with some of his compelling dramas or some of his sweet-as-can-be romantic comedies (Definitely, Maybe is literally one of my favorites things ever) — but I’m concerned that will never feel like enough, you know? Like, I will always be lacking some Ryan-Reynolds-in-spandex for the rest of my life. And who else is going to fill that void? Paul Rudd as Ant-Man? Ben Affleck as Batman? Henry Cavill as Superman?

I mean. Maybe they will. BUT YOU GET MY POINT.

In the mean time, I’ll be over here trying to cope, because this is seriously tragic.