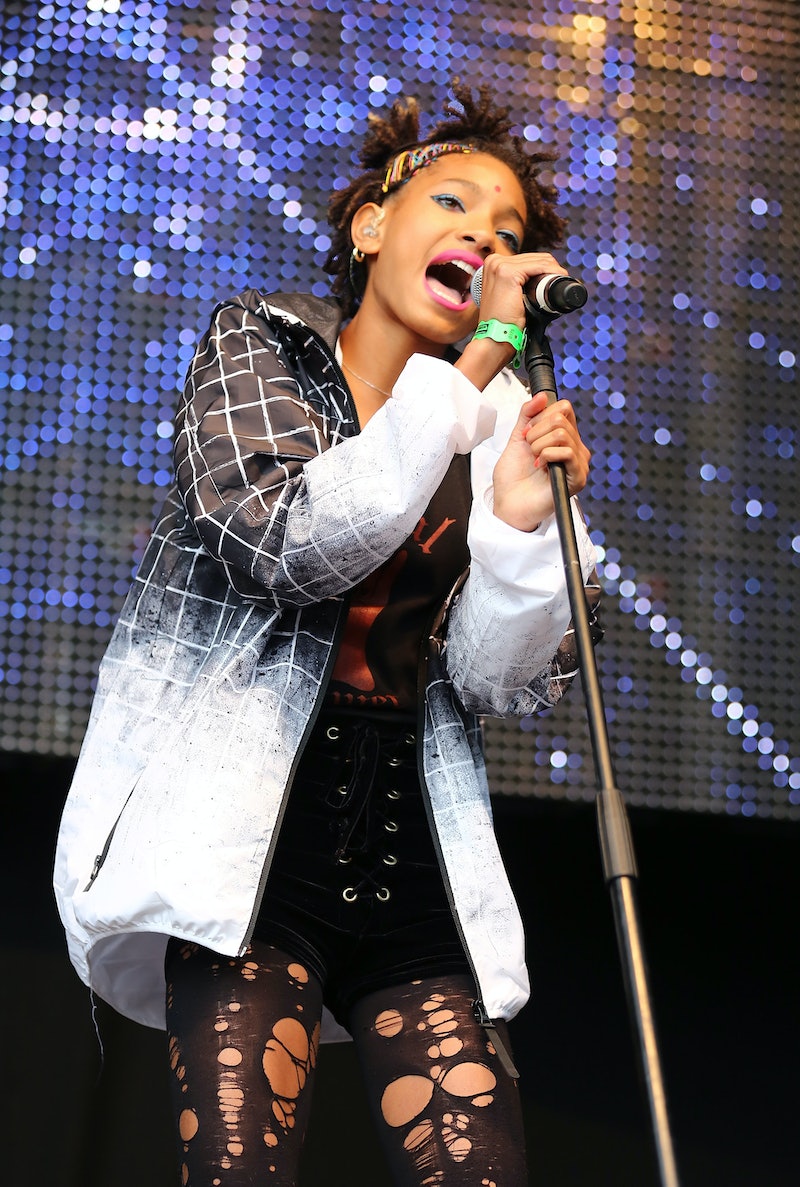 So far, the torturous wait for Drake to release Views From the 6 has been known to cause insanity, emotional breakdowns, excessive nail biting, and overall impatience from fans who can barely stand to wait another minute for the new album to surface. And while I'm sure this new rumor that Drake and Willow Smith might be collaborating will probably send that frenzy into overdrive status, I feel it's my duty to report this as the journalist I am. So, gather yourselves, Drizzy fans — this rumor is very real. While it hasn’t yet been confirmed by either party, it’s a suspicion backed by some rather telling social media posts from both artists. On Sunday, Drake shared a picture of Smith on his Instagram, captioning it, “Young muse all on views. @gweelos." After, Smith followed Drake’s post with a picture of Abbey Road Studios, he shared a video from the same studio, writing “@ovo40 Live from Abbey Road."

GAH. The struggle to remain calm is real. That was a lot to take in. So, naturally, the first reaction to hearing something so exciting (after panicking, of course) is to consider the possibility, and then move on to some serious speculation. With nothing more to go on except my trusty musical instincts, here are six reasons why a Smith and Drake collaboration would absolutely work:

They’re Both In Touch With Their Emotions

I get so emotional, baby... every time I hear a Drake song. But, if the “6 God” did a song with another routinely emotional artist such as Smith, fans should prepare themselves to experience an infinite amount of feels.

Not that they've gone running through the six together (that's not the only the only thing woes do together, right?), but they're both already fans of one another — so it only makes sense for them to work together creatively.

Smith Has Music In Her Genes

Anyone remember Smith’s dad, also known as Will Smith? He had, oh, I don’t know...a few multi-platinum selling albums. C'mon, Smith — surprise Drake (and us!) by dropping a few bars on this alleged track.

They Could Create A New Sound

Smith's sound is way more eclectic than Drizzy's, but if the two artists combined them, I honestly don't know if I could handle all the sonic greatness. I'm definitely going to give it a try.

The Video Would Be Amazing

Because Willow totally killed it as director for the video to her single "F Q-C #7."

It Will Increase Drake's Number Of Female Collaborators

Sure, Drizzy's worked with the likes of Nicki Minaj and Rihanna several times, in addition to Mary J. Blige and Alicia Keys — but it definitely won't hurt to add Smith to that list of amazing female collaborators. The more women he works with, the merrier.

Since this hasn't been confirmed, it's dangerous to become too emotionally invested in this duo working together — but I will say that a Drake/Smith song sounds like a win-win collaboration. Make it happen, guys!