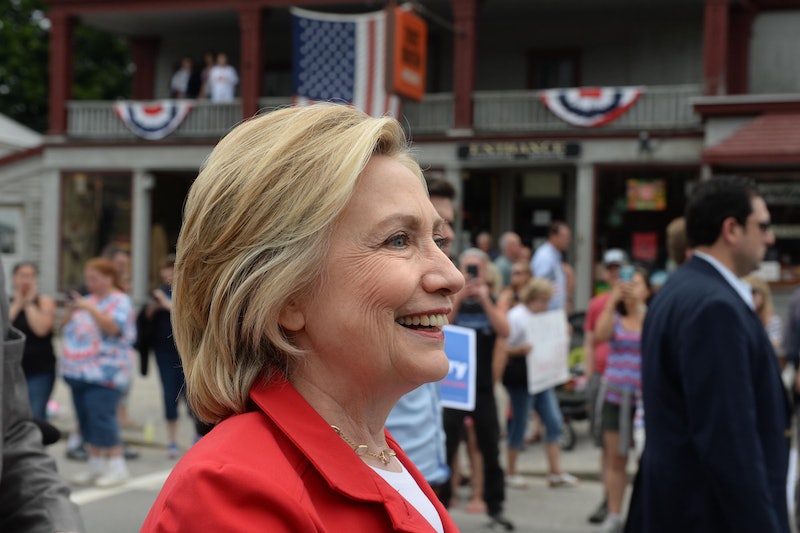 Tuesday should have been a momentous occasion for 2016 front-runner Hillary Clinton. With a much twittered-about CNN interview chock full of tough questions and spotlight opportunities, Clinton had the chance to truly shine and take back her dwindling lead on Vermont Sen. Bernie Sanders, who has been rising in the polls over the past few weeks. Unfortunately for Clinton, when the time came to steal focus, the former Secretary of State seemed stubbornly unprepared to fess up to some of CNN senior political correspondent Brianna Keilar's toughest interrogations. So when all was said and done, how did Clinton do in her first campaign interview of this election cycle?

The CNN sit-down definitely wasn't one of Clinton's better interviews. With lackluster answers and seemingly forced enthusiasm, the chat likely didn't go according to plan. Right off the bat, Keilar subjected Clinton to a bevy of invasive questions concerning her likability and her Democratic rivals.

"Why is it, do you think," asked Keilar, "that someone who is a self-described Democratic socialist is really attracting this organic interest that your campaign seems to be struggling a little bit with?" Clinton sidestepped.

"I am happy to have a chance to get out and run my campaign as I see fit and let other candidates do exactly the same," she answered. Or rather, didn't answer.

Keilar then asked whether Clinton understood why six out of 10 Americans found her untrustworthy, prompting Clinton to respond:

Well, I think when you are subjected to the kind of constant barrage of attacks that are largely fomented by and coming from the right ... this has been a theme that has been used against me and my husband for many, many years. People should and do trust me.

Clinton reiterated the sentiment several times throughout the interview as well, drudging up old talking points seemingly from out of nowhere, and obstinately denying any actual fault on her part for the shortfall. More than anything, it was as if Clinton's aides had handed her cue cards and she had run out of rope far too early in the interview.

When pushed to discuss the revelation that she had deleted some 33,000 emails from her private server earlier this year, prior to turning over the content to the State Department for review, Clinton insisted that she had done nothing illegal.

"Let's start from the beginning: everything I did was permitted — there was no law," explained a visibly frustrated Clinton. "I turned over everything I was obligated to turn over, and then I moved on."

Clinton then maintained that others before her had done the same, specifically citing former Secretary of State Colin Powell, whose staffers earlier this year confirmed that he had used a private email address during his tenure as Department head because he was not told otherwise. Whether she was telling the truth or not didn't matter though — it was her delivery that hurt her.

After Keilar pressed her to address the concerns from prospective voters, Clinton added:

Everything I did was permitted by law and regulation. I had one device. When I mailed anybody in the government, it would go into the government system. ... I didn't have to turn over anything. I chose to turn over 55,000 pages because I wanted to go above and beyond what was expected of me because I knew the vast majority of everything that was official already was in the State Department system.

So yes, this is being blown up with no basis in law or in fact. That's fine. I get it. This is being, in effect, used by the Republicans in the Congress, OK. But I want people to understand what the truth is. And the truth is everything I did was permitted and I went above and beyond what anybody could have expected ... People delete their personal emails, their work-related emails, whatever emails they have on a regular basis. I turned over everything that I could imagine.

The rest of the interview was largely smooth sailing, with Clinton making jokes about Saturday Night Live impersonations and quibbles over fax machines. But it was her initial response that did her in. If Clinton was hoping to gain sympathy by painting herself as a forward-moving candidate ready to take on the climate of corruption in Washington, her frustrated tone during Tuesday's CNN sit-down certainly do her any favors.

Sorry, Mrs. Clinton — for a meagerly interesting chit-chat filled with evasive non-sequiturs, you get a C-minus.