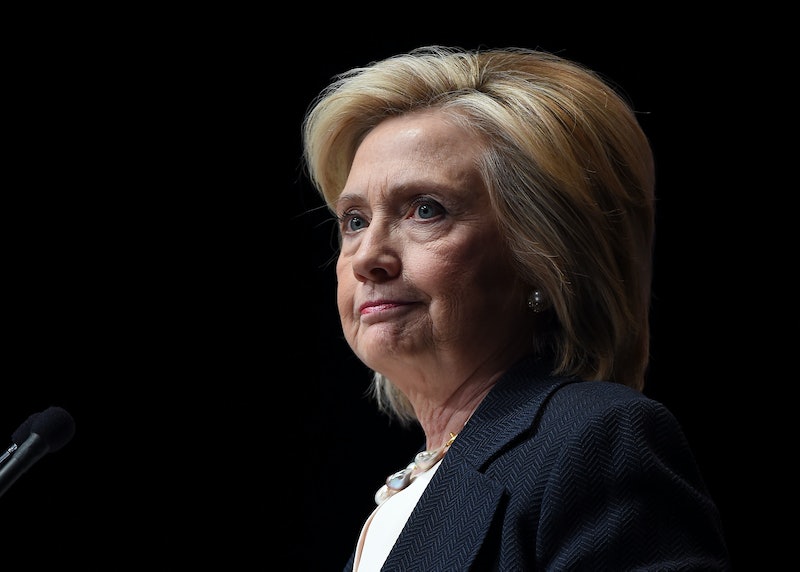 During her interview with Brianna Keilar on CNN Tuesday, Hillary Clinton spoke on a range of topics, but one question she shied away from could be the one that comes back to haunt her. How should have Clinton answered the Bernie Sanders question? Polls have Sanders closing in on Clinton among Iowa voters, and the turnout at his campaign events has been significantly larger than anyone expected. Even Clinton's own campaign communications manager, Jennifer Palmieri, told The New York Times that the Clinton camp was "worried" about feeling the Bern.

But when Keilar raised the Sanders question on Tuesday, Clinton missed her chance to differentiate herself from the Vermont senator. She gave a pretty generic answer that could have applied to any random candidate: "I always thought this would be a competitive race, so I am happy to get out and run my campaign as I see fit, and let other candidates do exactly the same." She later said "everyone has to be running his or her own campaign. ... We'll let voters make up their minds." Essentially, she would not draw comparisons between herself and Sanders, at least not this early in the game.

Clinton certainly doesn't need to be told what it's like to have an early lead evaporate over the course of a campaign; she need only look back to her 2008 contest with Barack Obama.

So what should she have said about Sanders? It's very tricky, because going negative too early in a campaign can turn off voters, and it can prove costly to continue a negative campaign with attack ads. Those voters, though, need to know what sets the two candidates apart. Clinton could have pointed out, for instance, that Sanders and she aren't exactly on the same page when it come to gun control. She supports background checks and banning assault weapons, as Sanders does, but he recently said on CNN that he wants to "bring us to the middle" on gun control issues. Much of Sanders' home state of Vermont is rural, and guns and hunting are part of the state's culture.

So while she might not want to go negative on Sanders just yet, at the same time, Clinton doesn't want to give an air of inevitability, as if she's a shoo-in to win the White House. Voters don't love that look, either. Despite Clinton's response to Keilar's questions, no political campaign is run in a vacuum, and candidates shift and pivot all the time based on what their opponents are doing. Why not portray your campaign as nimble and adaptable by acknowledging that yes, Sanders took you by surprise, but you're prepared to deal with such unexpected situations.

If Sanders continues to gain ground on Clinton, she won't be able to avoid dealing with him for very much longer. One tactic she might learn from Sanders is just saying a nice thing about your opponent. When asked in May what he thought of the Democratic front-runner, Sanders simply took the high road: "Maybe I shouldn't say this: I like Hillary Clinton."