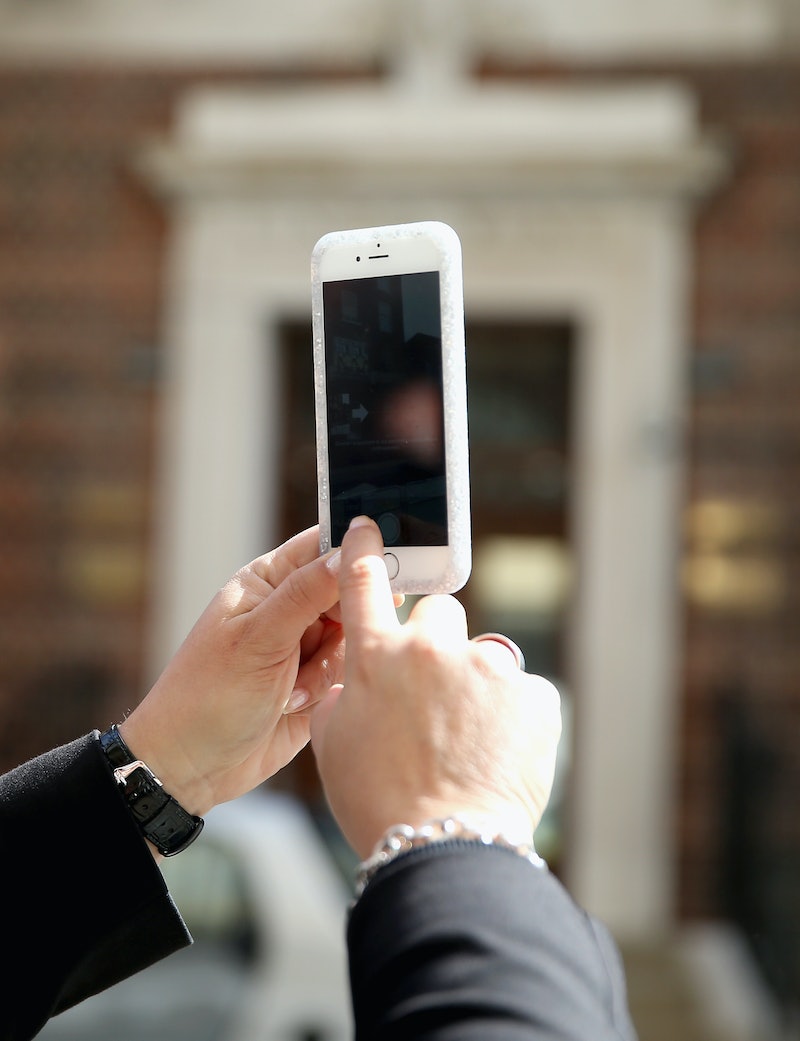 With the amount of gun violence in this country, it's easy to understand why lawmakers and law enforcement would be on high alert over this gun-shaped iPhone case. U.S. federal law mandates that toy or replica guns carry a bright orange tag at the end of the barrel to distinguish them from real firearms. But the phone case doesn't appear to display the orange mark, which is why New York Sen. Charles Schumer is calling to ban these cases. "It should be labeled as deadly, dangerous and illegal," he said at a news conference Tuesday.

According to The New York Times, the cases come in black, white, and pink and mostly appear to be made by foreign manufacturers from Asia. NBC New York reported that the cases retail for $5 to $50. And when tucked in a person's pocket, the case looks just as if a handgun is peeking out. How anyone could think that was a smart idea is beyond me.

Law enforcement agencies have also taken to social media to spread awareness of the faux gun cases and to discourage from purchasing them. The New Jersey State Police took to Facebook:

This cell phone case is a terrible idea. Officers do not have the luxury of time when making split-second decisions, while interacting with the public. We strongly recommend that you do not use this product both for your own safety and the safety of law enforcement officers.

According to the Times, Amazon has already pulled the faux gun case off its e-shelves. Thank God, because honestly, you can see how easily we could have another Tamir Rice situation. Really, this case has to go down as one of the dumbest products created. Ever.