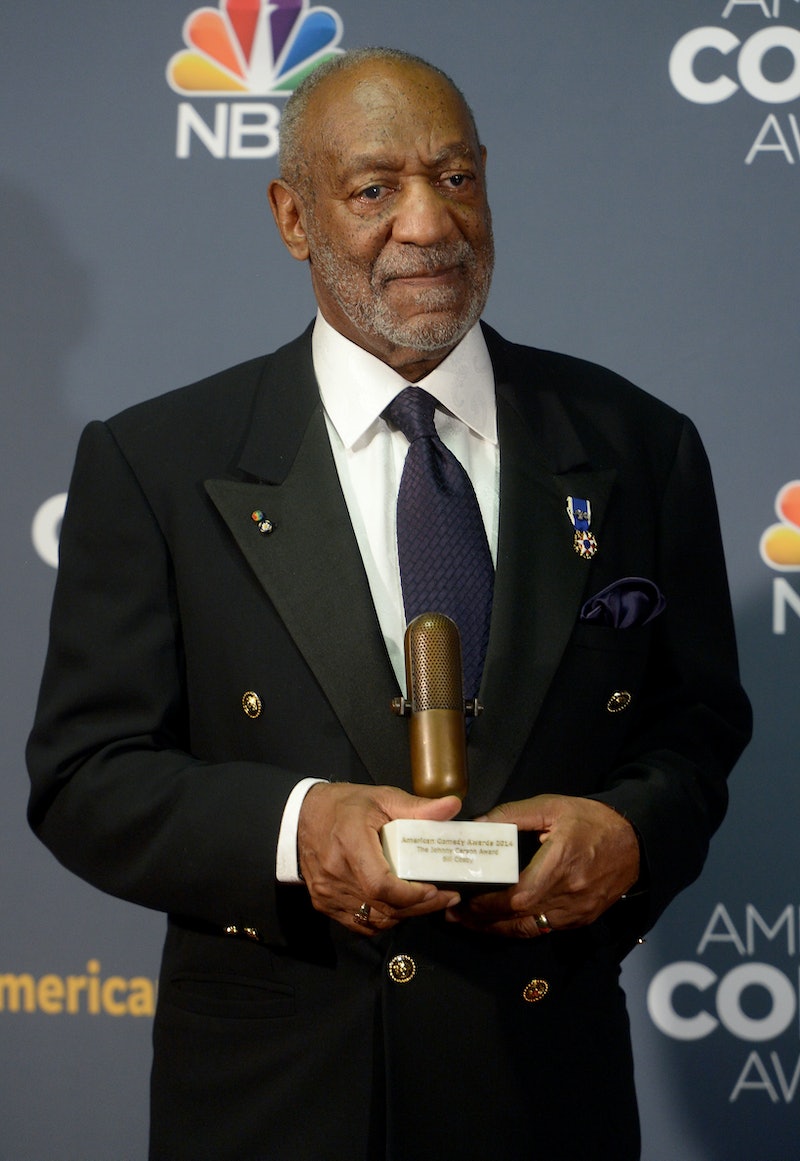 By now you may have heard that unsealed court documents show Bill Cosby admitted to obtaining Quaaludes to give to women he wanted to have sex with; the documents were obtained by both The AP and The Hollywood Reporter. While some celebrities spoke out against Cosby, Walt Disney World is also distancing itself from the star. A bronze statue of Cosby was removed from the park's Hollywood Studios, according to local paper The Orlando Sentinel.

According to the Sentinel, a Disney spokesperson said the statue was expected to be removed after the park's closure on July 7. A representative confirmed to The Wrap that the bust of Cosby was indeed taken out of the public eye. The statue was reportedly removed following a Change.org petition circulated, demanding it be removed from Disney World's Hollywood Studios.

“The Disney name is synonymous with family-friendly entertainment and with Mr. Cosby in the media daily facing accusations of sexual assault with the number of victims ever-climbing, it is inappropriate for Disney Parks to have a replica of Mr. Cosby’s likeness on display,” the petition read. However, a source told The Wrap the decision to take down the statue wasn't connected to the petition, but rather was an internal decision.

More than 30 women accused Cosby of sexual assault. Back in May, he addressed the allegations on Good Morning America with a vague response and in November 2014 his attorney referred to the accusations as "discredited." Earlier this month, the case made headlines again after the unsealed court documents strengthened the case against the actor.

In a statement to ABC News, Cosby's representative addressed the uncovered information, saying, “The only reason Mr. Cosby settled was because it would have been embarrassing in those days to put all those women on the stand and his family had no clue. That would have been very hurtful.”

This comes after Cosby's lawyer's first statement, back when the rape allegations first surfaced:

It looks like the legal matters surrounding the allegations are far from over.