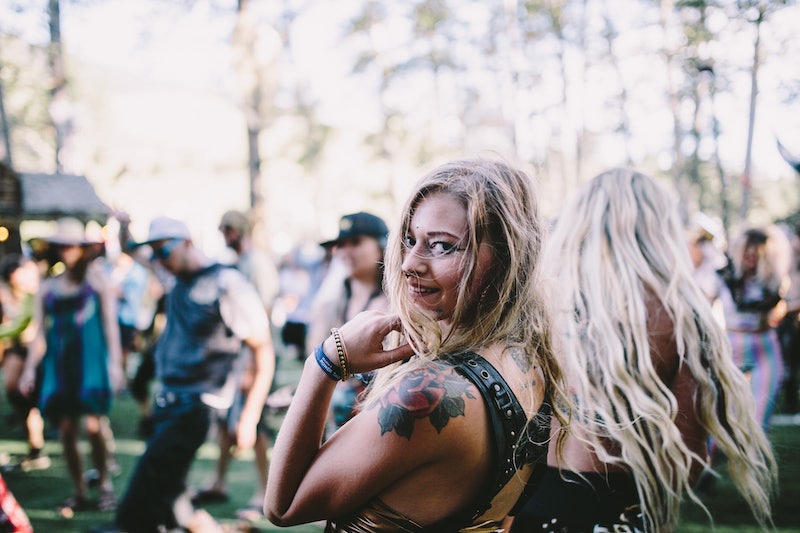 Music festivals are basically already festering pits of human bodily fluids, so why not push it just a bit further? Roskilde Festival in Denmark is doing just that by working on efforts to make music festival goers drink their own pee for a new concept they call beercycling. That sounds gross because it is, but not as gross as you'd think.

You see, folks at Roskilde created a festival toilet system that funnels attendees' urine to fertilize a nearby barley farm. From there, the farm will continue growing that barley they'll later use to brew beer. That beer—you guessed it (maybe)—will then be sold at the 2017 festival.

It's a pretty genius recycling idea, to be honest. Pee is free and at a hot outdoor festival where beers are drained with great haste, there's a lot of it. Plus, it's not like the pee is destined to a better place otherwise. Might as well transform all that pee into more beer again. It's like the circle of life: This pee started as beer then turned into pee only to return to beer again. Which is going to turn into pee again, too, really. Wow, this is both awesome and making my brain hurt a little bit.

Leif Nielsen, of the Danish Agriculture & Food Council who partnered with festival organizers for the effort, describes "beercycling":

The huge amount of urine produced at festivals was having a negative impact on the environment and the sewage system. But beercycling will turn the urine into a resource. I think most people can see the reason and the fun behind making a personal contribution to beer brewing, and the fact that rock music is involved will help us get our message across.

Sounds a bit off, sure, but TBH makes a lot of sense. It's sustainability at its best (and tipsy-est). I'll cheers to that.