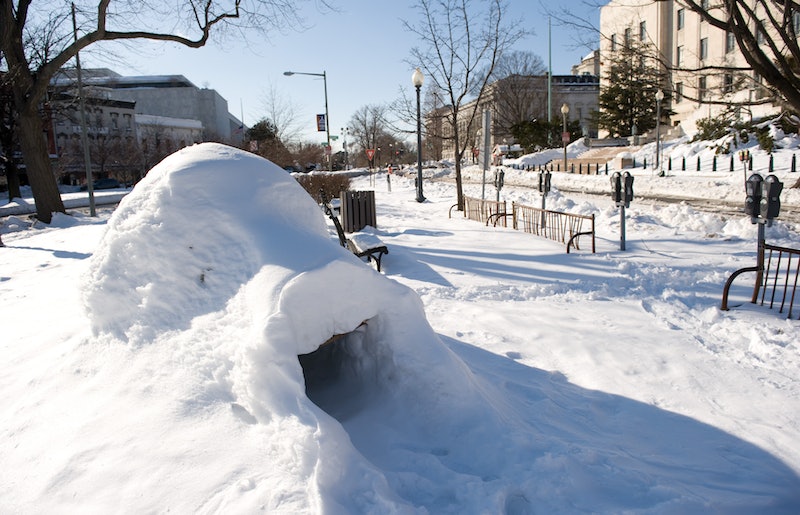 If you watched The Bachelorette this past week, then you heard, possibly for the first time, the term "eskimo brothers." The moment came when Nick was telling Kaitlyn that Shawn had been bragging about being "eskimo brothers" with some famous country singer — but what does "eskimo brothers" mean? I'm not going to comment on the dynamics of the relationships in the show except to say that Kaitlyn is out of her mind for (spoiler alert) sending Jared home. What I am going to comment on, is the use of the term itself — and why we need to put the phrase out of commission for good.

Let's cut right to it: "Eskimo brothers" is a phrase used to describe two men who have hooked up with the same girl. Urban Dictionary defines it as, "When two males acknowledge having been intimate with the same female and remain on good terms, the men are now bonded by having shared the same igloo at one time or another." Now if you'll excuse me, I have to go throw up, because that definition just ruined igloos everywhere for everyone.

Honestly, I haven't heard the expression much since early high school, but now that it's back in the popular lexicon it's worth talking about. Why? Because it's intensely problematic.

Let's start with the fact that "eskimo" itself is an offensive term. According to the Alaska Native Language Center, "eskimo" is considered derogatory: It's a blanket term that many use for all Inuit and Yupik people that was ascribed by non-Inuit people. It has been compared to the term "oriental" in terms of offensiveness, so that should give you a pretty good idea of why we shouldn't be using "eskimo" in the first place.

"Eskimo" seems to have derived from a sort of bungled historical fact that suggests Inuit men may have historically "lent" their wives to guests as a show of hospitality, although the accurateness of this story is debated. No matter how the phrase came to be, though, it's gross and I hate it. I know I'm going to be told I have no sense of humor and that I'm making mountains out of molehills, but I take language seriously. Sorry, but your cutesy phrases that are predicated on the idea that women and non-white people are objects or jokes just aren't going to fly.

And on top of all that, there's also what the definition of the term "eskimo brothers" does to women. It strips them entirely of their agency, reducing them to the glue that holds two dudes together. Not cool.

Oh, sorry, does taking out the blasé offensiveness make it less cool because it implies that the woman has a sense of agency?