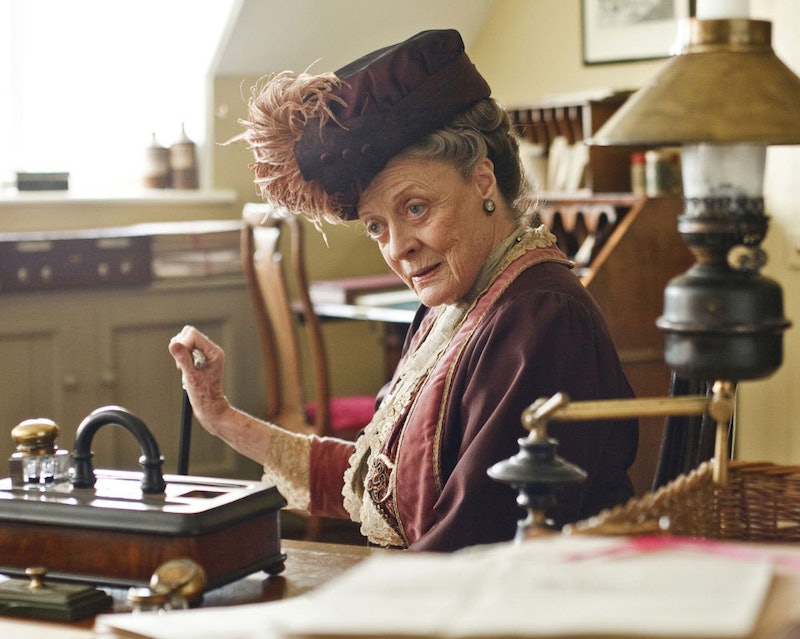 The English language is a hilarious thing. For one, we're perpetually amazed that it's got dialects. "You mean you speak English differently in a country several thousand miles away?" Well, yes. Things grow, things change, Australians are too hot to be offended by anything, and Americans rightly couldn't be bothered using the King's English when they'd decided they'd had enough of kings in general. There's a constant rage among linguist types about which English spelling or meaning is the "correct" one. But let's face it: Language is a human thing, and it's much funnier when Americans try to buy a pair of pants in England and are left bewildered holding a thong. (That's a G-string to you lot.)

Texting and technology are changing English even further. It's likely that within a hundred years, it'll have shifted from its current state to points we can't even envisage now. We're facing a new linguistic age, and it's tricky to keep on top of it, but that's the way it always is with language. "Twerking," the "nae nae," "bae" -- it's not a wave of horrible incoherent slang, it's just the latest stage in English's continued development.

These words that are different in British and American English, however, are just funny. Whether you're an American planning to land in London or a Brit plotting your tour of New York, this is going to save your life, or at least keep you clear of severe misunderstandings about "pulling" and getting "plastered."

What Americans mean: Trousers, things worn over underwear. "Pass me some pants, these shorts are useless for this weather."

What Brits mean: Underwear itself. "Pass me some pants, mine are on the ceiling fan and I'm wearing a miniskirt."

What Americans mean: A hot person, epitomized by Miley Cyrus' thus-titled album. "She was such a banger that I didn't know what to do with myself."

What Brits mean: A sausage. "Have a banger? They've been cooking for an hour. Might be overdone."

What Americans mean: To be covered in blood, after an accident or fight. "He was all bloody after the bust-up with Carl at the Mini-Mart."

What Brits mean: An intensifier, seen as highly rude. "What the bloody hell do you think you're doing with my tea?!"

What Americans mean: A feeling of being scared. "God, you gave me a fright!"

What Brits mean: Looking ridiculous. "You look a complete fright, Daphne. Take off that gown immediately."

What Americans mean: A playing card of high value, or else a flying champion like Tom Cruise in Top Gun. "Aww, man, two aces and I would have beaten you!"

What Brits mean: Something being excellent. "Minions was ace."

What Americans usually mean: Not really, a small amount, indefinite. "I wasn't quite into Channing Tatum's butt."

What Brits usually mean: Very. "I think Channing Tatum's butt is quite stupendous."

What Americans mean: A drinking vessel for carrying libations. "Pass me that bottle. I've put whiskey in it. Yes, I know we're at a movie."

What Brits mean: Courage. "You've got a lot of bottle bringing whiskey to a movie."

What Americans mean: Plural for people who spend their time tending other peoples' meat. "I'm going to head to the butchers and see if they can give me an opinion on this sheep's head I found by the side of the road."

What Brits mean: A look at something, derived from rhyming slang "a butcher's hook". "I'm going to have a butchers' at where the hell Frank thinks he's going with that sheep."

What Americans mean: What happens when you move your knuckles or let off firecrackers. "Did you hear the cracking that firework made? You'd barely know I made it myself out of stuff in the laundry."

What Brits mean: Excellent. "That homemade firework was cracking, but now I can't hear."

What Americans mean: To use force to get something to move towards you; opposite of push. "I'm going to pull that boat right up to the jetty, you watch."

What Brits mean: To obtain the sexual favor or romantic attention of somebody. "I'm going to pull that girl at the end of the night, you mark my words, chum."

What Americans mean: Rarely used, but something that is wobbling. "That giraffe is not going to stay on top of that houseboat; it's a wobbler."

What Brits mean: A major, world-ending tantrum that you either throw or chuck. "That giraffe is going to chuck a wobbler if it falls off that houseboat."

What Americans mean: To hit somebody with a whip, lash, or cat o'nine tails. "I didn't mean to flog you. You just ran into my towel as I was flicking it."

What Brits mean: To sell something, usually quickly. "If you don't stop whipping me with that towel, I'm going to flog your liver on the black market."

More like this
17 Genius Things You Can Do With Old Clothes That You Can't Donate
By Brittany Bennett and Dominique Norman
Meghan Markle’s Favourite Skincare Brand Has Finally Landed In The UK
By Tomi Otekunrin
How To Master Baby Braids, According To TikTok
By Tomi Otekunrin
What Is “Jello Skin”? The Latest Viral Trend To Know About
By Tomi Otekunrin
Get Even More From Bustle — Sign Up For The Newsletter