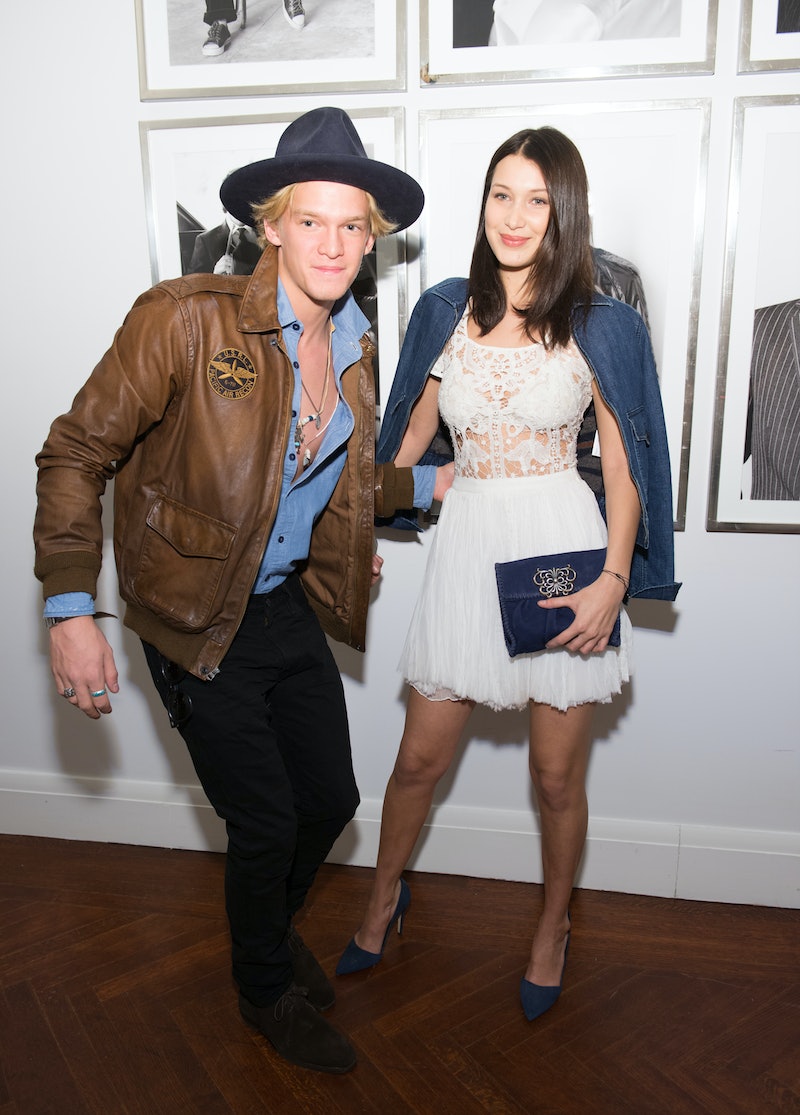 Looks like Gigi's not the only Hadid awkwardly crossing paths with her ex. Ralph Lauren's line Denim & Supply's fall 2015 campaign features Cody Simpson and Bella Hadid, aka our model-of-the-year's baby sister. Yikes. That must have been one uncomfortable photo shoot.

Simpson and singer-on-the-rise Tinashe, who is expected to tour with Nikki Minaj in upcoming months, perform a rendition of the 1970s hit "Express Yourself" by Charles Wright in the campaign video, which launched Wednesday morning, while Hadid and Ford model Hailey Baldwin pretty much jam out on the sidelines, posing in the brand's newest plaid pieces, floral dresses and hipster attire.

"I loved how laid-back all of the pieces were," Hadid tells People StyleWatch. "I would genuinely wear every look out on the street, everyday! I loved the jeans, long dresses and tees they styled us in. I tried to take home most of it."

I love a plaid as much as the next chick and could live in shift dresses, so needless to say I am loving Denim & Supply's hippie-meets-rocker vibe for this collection, but while I adored the brand's latest installments, it was hard not to cringe at how awkward Hadid and Simpson must have felt working together after his and Gigi's recent split.

Simpson and Gigi officially went their separate ways (for good, this time guys), this past May. It was only a few weeks ago that the two were unintentionally seated next to each other on the plane ride back from Toronto’s MuchMusic Video Awards, and if you thought the performer's SnapChat documenting the encounter was awkward, just take a look at Bella's face during the one and only time she and Simpson interact throughout the video. All the uncomfortable feels.

When asked about working with his ex-girlfriend's sister, Simpson says "It was interesting. I never thought I’d do modeling with my ex-girlfriend’s sister, which is strange. But she’s a super-rad girl and a cool friend, so it was cool.”

If by "cool" you mean the cold shoulder was in full effect and the only time they came close to one another was for an interestingly strange and painful back to back air guitar solo, I would have to agree.

Obviously, there isn't much bad blood between Simpson and the Hadids, Gigi Hadid remains close with Simpson's family, however, an ex is an ex. No matter how you spin it, it's still relatively awkward. Congratulations to these two for sticking it out.