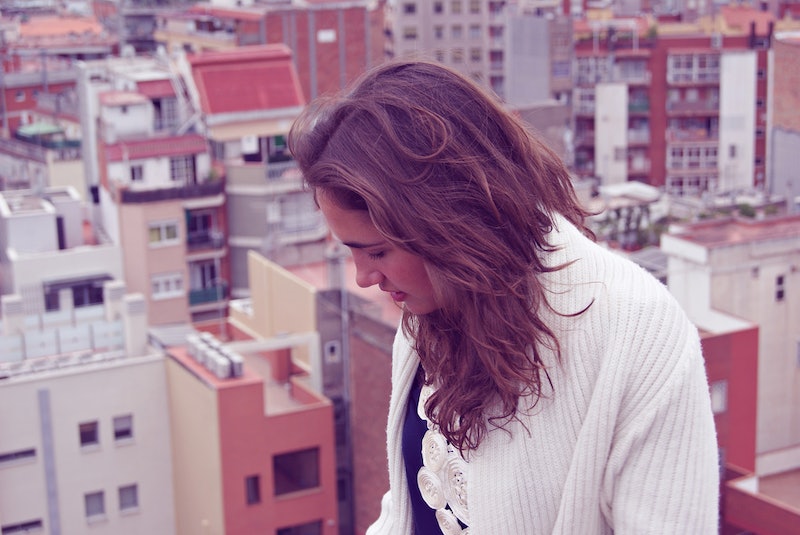 Procrastination gets a bad rap. It's widely regarded as a thing you should never do. But procrastination, like lying, sometimes is the best policy. Not everything needs to be approached with intense urgency. Life presents us with plenty of scenarios that allow room for procrastination.

Life on the Internet definitely doesn't help us all slow down and get a good gasp of fresh air in. Nope. It's very much a neck-breaking race to get there first, to tick things off a to-do list like the Energizer Bunny. It's so far from shocking all these digital natives are the most stressed generation. We grew up among this instantaneous culture and with a dismal job market, the pressure is on to speed through and—my favorite phrase—"get sh*t done."

Keep getting sh*t done, clearly. I'm not trying to get everyone fired from their job or do some wizarding trick to animorph us all into slug people. Slug people just don't make for interesting conversation. However, it's probably good idea to chill just a little harder, at least on some stuff. Put it off until your resources replenish. As Ice Cube said, "Life ain't a track meet (no)/ It's a marathon." As such, there are some perfectly acceptable things to procrastinate on.

Kittens and puppies are cute AF. They're tempting, too, with the Internet's loose offer to make them famous and you rich. However, when you adopt an animal—especially a young one—you're in for a long time. Get a kitten and know that's part of your life for at least the next 12 to 20 years. Dogs kick it an average of 13 years. That's a commitment. Do you have a stable job? Because they cost money, too. Do you travel a lot? Someone will have to care for them when you're on the road. Do you plan to move a lot? Many rent agreements have pet parameters and if you adopt a certain breed (pits and Pomeranians, mostly), that might limit your options by a lot. Be real with yourself and take time to make the right decision for you, not your Instagram feed.

Say, a friend asked you to read over a manuscript or give their new EP a few spins, they're likely eager to hear back your take, but don't expedite it. Make sure you respond in a thoughtful, constructive, and honest way. They probably don't love waiting but honestly, it shows that you give a damn. This applies to more professional situations, too, like during intern evaluations. Give these folks information they can use, not a rushed, "Yeah! TOTAL FIRE JOB!!" Unless it is, in fact, clearly fire and you know that right away.

Until something is totally firm, keep your lips zipped. It can be pretty crushing to lose an exciting prospect, but it's even worse if you had to go untell everyone you'd gushed to before. It's better to announce a dope new job after you've survived the trial period than immediately after a tentative offer. Chill, bb.

How do you function single? Good? OK? Not good or OK at all? Make sure all that sh*t is on lock before you go sniffing around dating possibilities in a serious way. It's totally fine if you're still working on you or currently prefer keeping a rotation of lovers spinning. Put it off until you're sure you want a partner in life, not just a partner in fetching your Seamless downstairs.

Getting into a relationship

Similar to above, but this has a bigger effect on another person. Sometimes a fling turns into dating, and then the idea of being exclusive and attending weddings together surfaces. Is this something you really want? Taking your time to decide is seriously much more kind than just pulling the trigger to make another person happy. Unless you're sure, saying yes only to say yes isn't going to have a lasting positive effect. You're going to hurt someone. Make sure you're sure. It's the compassionate way.

Moving in with someone

Seriously. There's some gross stuff about living with someone, for starters. Cohabitating can damage your relationship. Meditate on why it would be a good idea to share a home with your partner. Is it to save money? A lot of times it is, which is understandable, but—can y'all have very honest discussions about money? Do you have similar spending priorities? Does one person like cooking and the other prefers dining out? What about utilities? Don't jump into this. Not only does premature cohabitiation have the power burn down the relationship, if it actually does that, it can be totally emotionally painful and super expensive to get out of.

This is like relationships and cohabitating combined, with legal crap added in for extra flavor. Do. Not. Rush. Marriage. Weddings can prove to be really fun parties, and if that's what you're after, get a killer dress and throw a party for no reason at all. You don't owe anyone anything and if you're with someone who is seriously pushing it, maybe re-evaluate that relationship dynamic, too.

Renting is 100 percent acceptable. Buying means a long, potentially pricy commitment. Be positive you're into the city, the neighborhood, finances are square, and above all else: THIS IS SOMETHING YOU WANT AND CAN HANDLE. Like, learn how to fix some basic household issues with confidence. This should feel like an exciting, well thought out adventure, not a burden to blitz through.

Even if biology says otherwise, you can have kids whenever. There are other options than natural pregnancy. This might be the biggest thing to procrastinate of all the things since kids have the tendency to stick around way longer than puppies (and I hear are harder to house-train).

As it turns out, procrastinating helps you make smarter decisions, assuming you're procrastinating only on the decision part and not the thinking about it part. Make it a priority to weigh options, maybe even visually construct a pros and cons list. Let yourself really ponder hard and long before pulling the trigger.