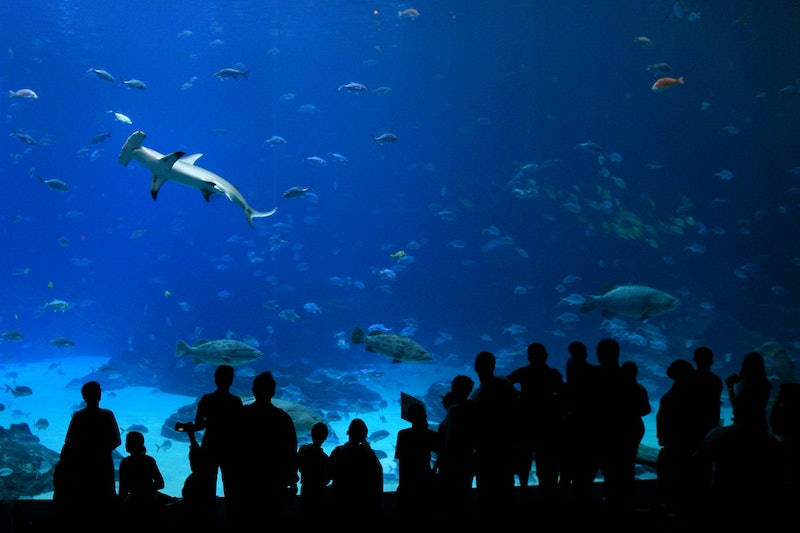 In my humble (and skittish) opinion, the best thing about Shark Week on Discovery is when you actually get to learn something about these deep sea creatures. One of Wednesday's specials is all about ninja sharks. What is a ninja shark, exactly? No, I'm not talking about a science fiction television movie or even a new kind of blender.

There are several species of shark that can be classified as ninjas. The term refers to a shark that has adapted to pray on others. While other creatures have evolved over the years to hide from predators and/or protect themselves, these ninja sharks are genetically designed to be better killers. The special will not only cover how each shark is biologically superior in their chosen field (be it physical prowess, sensory skills, or survival) but will also interact with these sometimes elusive creatures. Many ninja sharks are mysteries to scientists and one ninja shark has even been called "lonely" — which may or may not have inspired the name.

Can't wait to learn more about these Shark Week favorites? Here are the six "ninja sharks" that the special will cover and a little bit about what makes them special.

This shark's facial design may seem silly, but it's developed to make the hammerhead a killing machine. They're actually able to detect electric currants more than any other shark, sensing potential food.

The mako is so fast, it's the underwater equivalent of aerodynamic.

A bull shark is a type of oceanic jetsetter — it can survive in both fresh and salt water. That's a ninja skill if I ever heard one.

Similar to the Great White Shark, this is an Alaskan creature that has adapted to keep itself warm and feeds on salmon.

This shark has adapted to swim long distances and go long periods without food, making it all the more deadly when it finally spots pray.

The tail is the key with this shark. It's long, and ready to strike. Of all the ninja sharks, this flexible guy is maybe my favorite. That tail is so scary!

More like this
8 TikTok Pasta Recipes To Try Out At Home
By Emma Garza
How To Make The Grinder Sandwich TikTok Is Obsessed With
By Emma Garza
If You Have Pets, You Probably Don't Realize You're Making These Common Mistakes
By Mackenzie Edwards
25 Cheap Ways To Make Your Cat 5x Happier
By Claire Epting
Get Even More From Bustle — Sign Up For The Newsletter